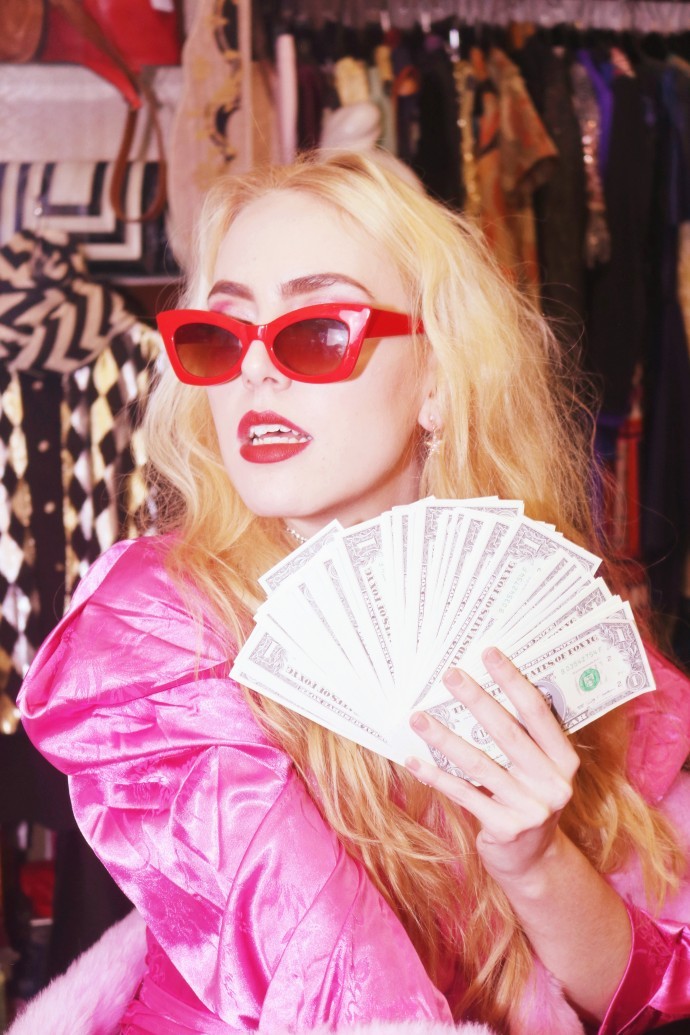 Looking fabulous can be a pricey habit, and no one knows this better than London-based pop songstress Foxgluvv. With relatable tongue-in-cheek lyrics, ‘Expensive’ is the anthem for wanting what you aren’t able to afford. Imagining what life could be like with a little extra dough, Foxgluvv aspires to be “a high priced b*tch” in her latest track and music video where she dreams up a world where money is no object. Enlisting help from the fabulous Dublin drag queen, Heiress Blackstone, and a production crew of all LGBT+ members, the self-directed music video was filmed amongst the hidden gems at Rekindled Vintage in East London and combines Foxgluvv’s love the raucous 80s, modern left-field pop music and all things extravagant. “I wrote ‘Expensive’ with my producer Scott Colcombe, as a way to vent the frustration of wanting to buy nice things and the harsh reality of being a musician in my 20’s and not being able to afford to live up to my expensive taste.”

Making sure that queer voices are seen and heard is so important to me, I want to show not only my own truth but also other peoples, and that’s why I showcased LGBTQ+ talent in my video. I think it’s crucial for queer people to have good representation authored by members of their own communities, and not just the unauthentically told stories that we’ve been exposed to in the media our whole lives.

Foxgluvv will be playing at the Strongroom, Shoreditch in support of Kate Lomas on the 6th February and will headline Notting Hill Arts Club on the 16th March.
Get tickets here on DICE