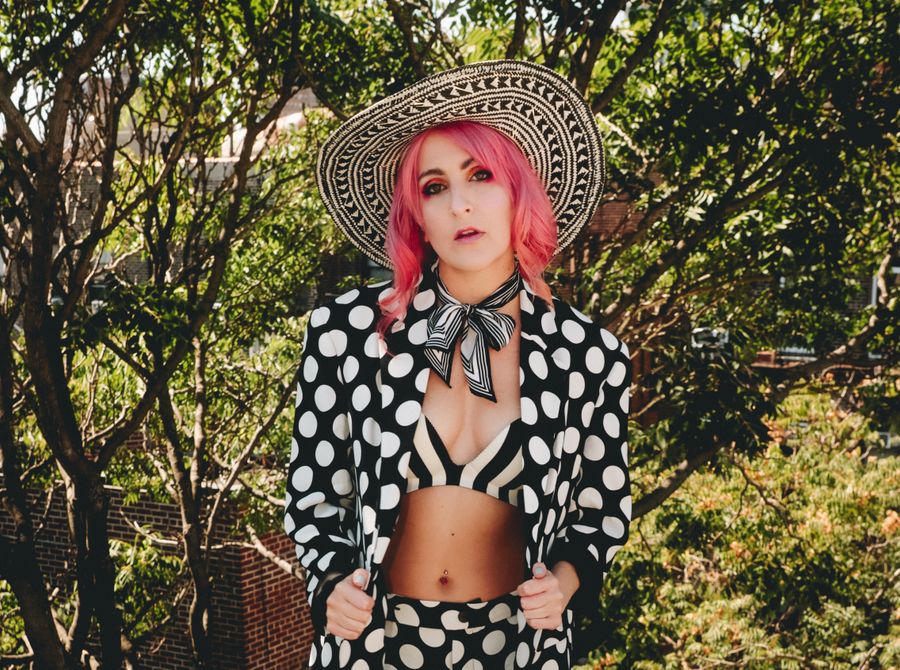 Let´s jump into the weekend with the debut EP from Hello Lightfoot: Every Circle Needs a Center! Out today April 29, 2022. Words and music by Jessica Louise Dye. She’s known as an NYC nightlife orchestrator and has re-emerged in 2022 as a pop luminary. Dye “steps out with grace and poise” (The Vinyl District) in her new solo project, Hello Lightfoot. My fave track from the new Ep is “SHAME”!

One of the themes throughout this EP lyrically is the battle between decisions that propel us forward and backwards.  But even a straight line is a circle with an infinite area.

I learned a lot about myself as a songwriter and vocalist through this creative process.  That’s why I felt compelled to reference the perfection of a circle to title this EP.  I like to keep myself in a constant cycle of learning new things as I compose.  Each song on this EP acts as an encyclopedia marking my growth as a songwriter.

A circle is a two-dimensional shape formed

I wanted to reference the two-dimensional world because when I access intense feelings like fear, anger or even joy for my songwriting, I have the control to make these emotions feel flattened.

She has a “vitalizing edge that immediately sets her apart from most of her would-be pop peers,” (Rival Magazine). Her debut single, ‘Twenty-Seven’ is “a whirlwind of colourful dance-pop” (Atwood Magazine) and imbues the genre with captivating verses and an irresistible hook atop groovy production. ‘Shame,’ Dye’s second single, “sidesteps the DIY surf rock chaos of her previous project High Waisted, to release intricate, industrial-tinged baroque pop songs (Audiofemme).  Her third single ‘Slaughterhouse,’ is “a genre-defying, thrilling indie-pop single filled with elements of trip-hop, rock and soul, further highlighting the song’s narrative of mixed emotions” (Earmilk).

Her debut EP, “Every Circle Needs A Center” is an introspective confessional disguised as sweet and savoury pop songs that will rot your teeth. Each track sinks their claws in and refuses to let go. Dye challenged her ability as a vocalist and lyricist with the help of producer PLUS (Kyle McCammon).

Renowned as a guitar shredder and vocalist, along with DJing sold-out rooms at New York City’s elite clubs, and hosting outrageous parties in basements, rooftops, and yachts, Dye has collected vast approval as an artist from Nylon, GQ, Noisey, Brooklyn Vegan, Consequence, Billboard, Paste, and The High Times. Hello Lightfoot has a “vitalizing edge that immediately sets her apart from most of her would-be pop peers,” (Rival Magazine). Her debut EP is released today April 29th with parties in NYC and LA as well as a summer tour.