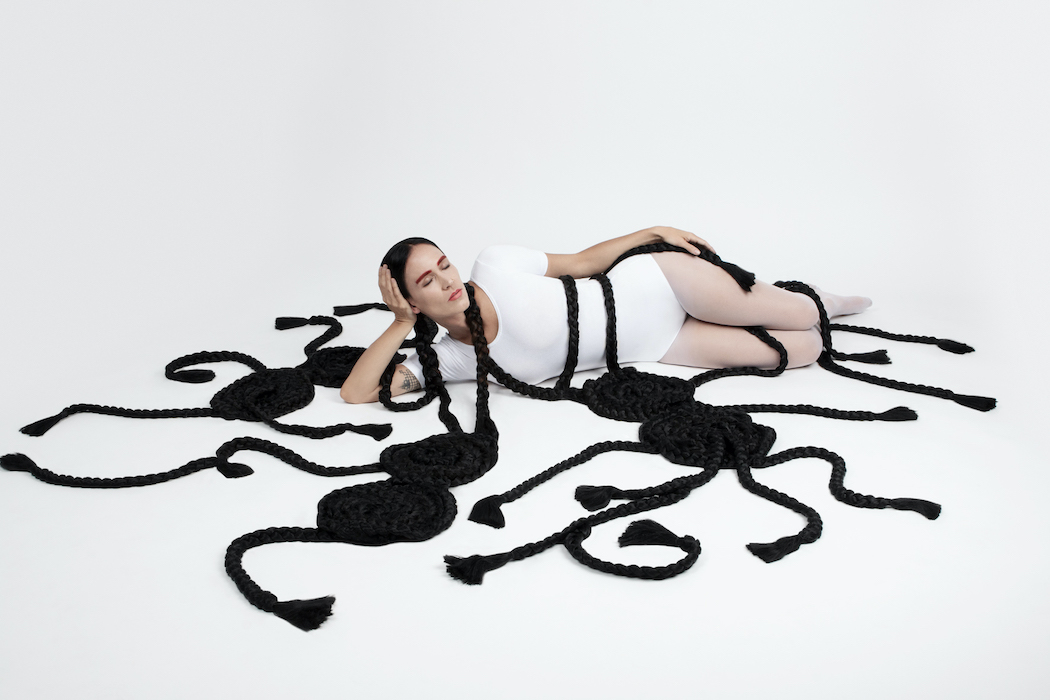 La Loba meaning ‘wolf’ is the hard-hitting and incendiary single from French/Venezuelan composer, singer and pianist La Chica. Off-kilter Latin rhythm patterns, stuttering handclaps, a four-note piano riff and layer upon layer of urgency, La Loba is the story of a wolf woman brought back to life through ritual, her skin growing back over her lifeless bones after hearing transcendental voices. Based upon the Mexican/Texan legend documented by feminist writer Clarissa Pinkola Estés in her seminal text Run with the Wolves: Myths and Stories of the Wild Woman Archetype, it’s a story about recreating life and rekindling a woman’s spirit, fighting against patriarchal forces.

The loss of La Chica’s brother in July 2020, seen on the front right of the cover, sparked a deeper need for her to connect with her spiritual world and thus La Loba, song and project, is an uplifting reaction to her loss, the polarising world around her and is a positive result of her spiritual growth.

With a similarity to Cuban singers Ibeyi (who also reside in Paris), La Chica’s take is clearly more psychedelic although, like Ibeyi’s music, Santería (the rhythms of Orishas) play a part in her creative process. She regularly performs her own rituals inspired by indigenous cultures of Venezuela and beyond, often before practise and live shows, searching for a state of trance and enlightened consciousness.

La Chica’s music emboldens her newly found sense of identity about what it is to be a woman, a woman balancing her Venezuelan and French heritage. Developing and evolving, in covid times and looking at the polarised politics of 2020 has become increasingly difficult and so, La Loba is her revolution.