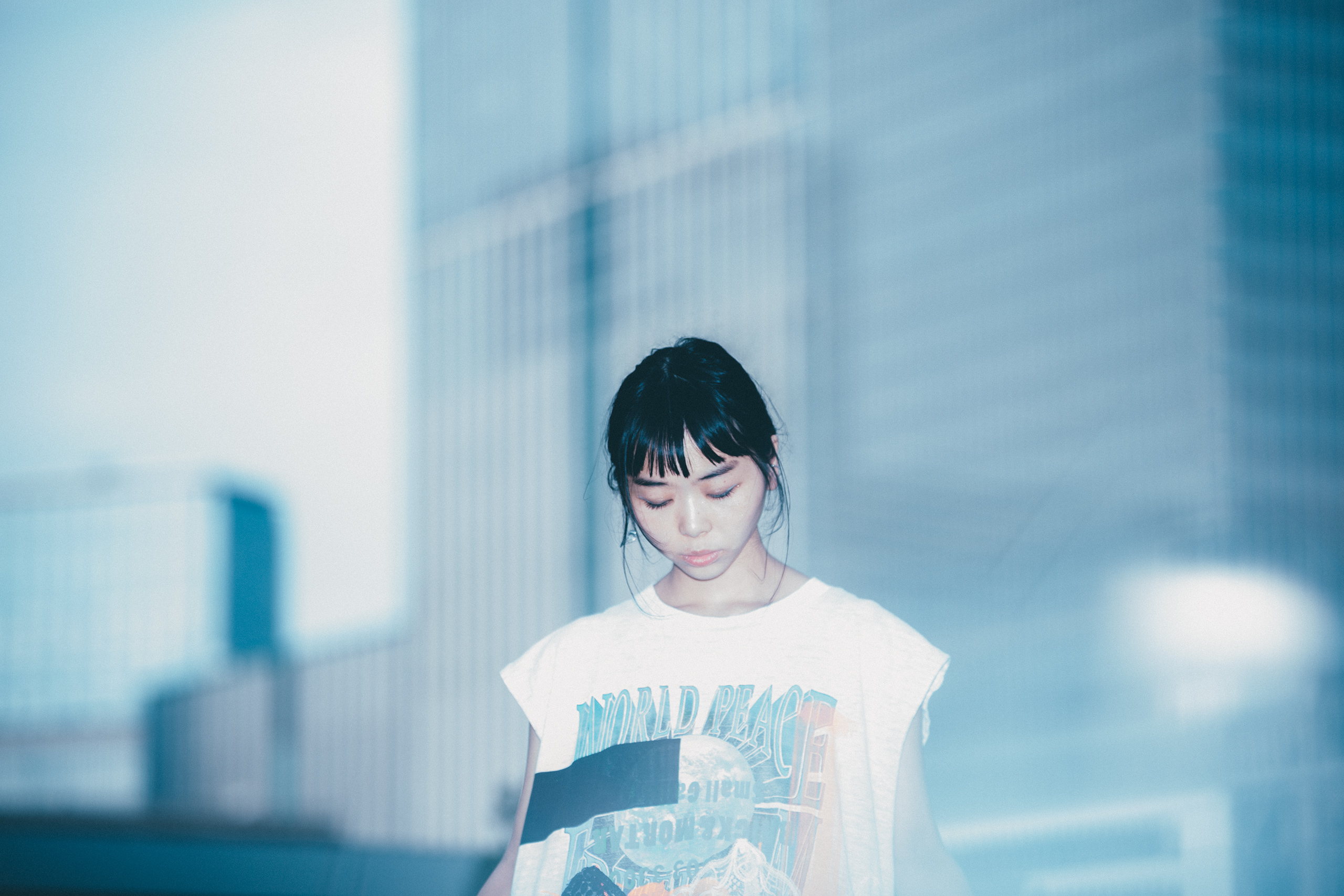 Noah’s smoke-hazed voice weaves like a phantom through her music, always varied: a product of her environment and all the years leading up to its moment of creation. Whether it’s delicate childlike piano, an R&B feel with looping beats, or the lo-fi nostalgic of vaporwave, her tracks resound with energy and beauty. Her latest record Thirty, due 18th October via esteemed label FLAU, takes inspiration from the past three years of living in Tokyo. A synth-streaked, lo-fi love letter to the mega-city, told with all the glitz, energy, messy chaos and nostalgia that the Japanese capital conjures. New single ‘像自己 (Xiangziji)’ is the latest cut taken from the record, featuring fluttering, moth-to-a-flame synths that steadily grow towards a frenzied crescendo, as we’re led around a landscape of glitched visuals directed by John Smith (Jessy Lanza, Teen Ravine). Like catching the train to the centre of Tokyo and gradually seeing the city come alive with lights and people, this track is a crashing wave of awe. Its pulse is like an agitated heartbeat, Its synths conjure soft noir with a worn, scratched aesthetic. ‘像自己 (Xiangziji)’ is calm, an out-of-body experience among bubble-era establishments.

Tokyo is big. Tokyo is messy. Tokyo is futuristic. Tokyo is everything all at once. It’s this image of Japan’s capital that Noah draws inspiration from for her latest album, Thirty. From the sweeping, mystical feel of the intro – like a portal into the world of the city – to tracks like ‘メルティン・ブルー (Melting Blue)’ that clank deliciously with ‘80s Hong Kong pop minimalism, Noah’s tracks also feature a mellow Chinese taste.

Following a trip to Chinatown in Yokohama, Tokyo’s next-door neighbour, she noticed the bustling feel of the place, its life and its noise, and for her it became a microcosm of Tokyo: an associated image. Thirty is named for the age around which Noah was making these tracks and is a culmination of three years living in Tokyo.

Noah is originally from the snow and ice of Hokkaido. Tokyo is another world for her, somewhere that clinks with decadent vaporwave majesty and glitz, but equally somewhere cluttered with people and their dreams. Urgency runs through Thirty, whether it’s the panic of ‘愛天使占 (lovelyghostwriter)’, the analogue electro-disco feel in ‘像自己 alternative ver. (Xiangziji alternative ver.)’, or the rapid-fire hi-hats that typify many of the tracks, sufficiently summoning city life.

But, like the faded neon of the past and vaporwave inspirations, the draw to Noah’s Tokyo is idealised, both in its grit and in its glamour—take the late-night romance of ‘夢幻泡影 (Mugenhouei)’, for example, or the slow, decayed collage of beats and synth in ‘風在吹 (Wind Blowing)’.

With her ghostly vocals weaving their way through everything, Noah tells us the story of the Tokyo she wanted to inhabit with a diary of lo-fi, synth-soaked songs pockmarked with drum machines and all the chaos and nostalgia the city has to offer.