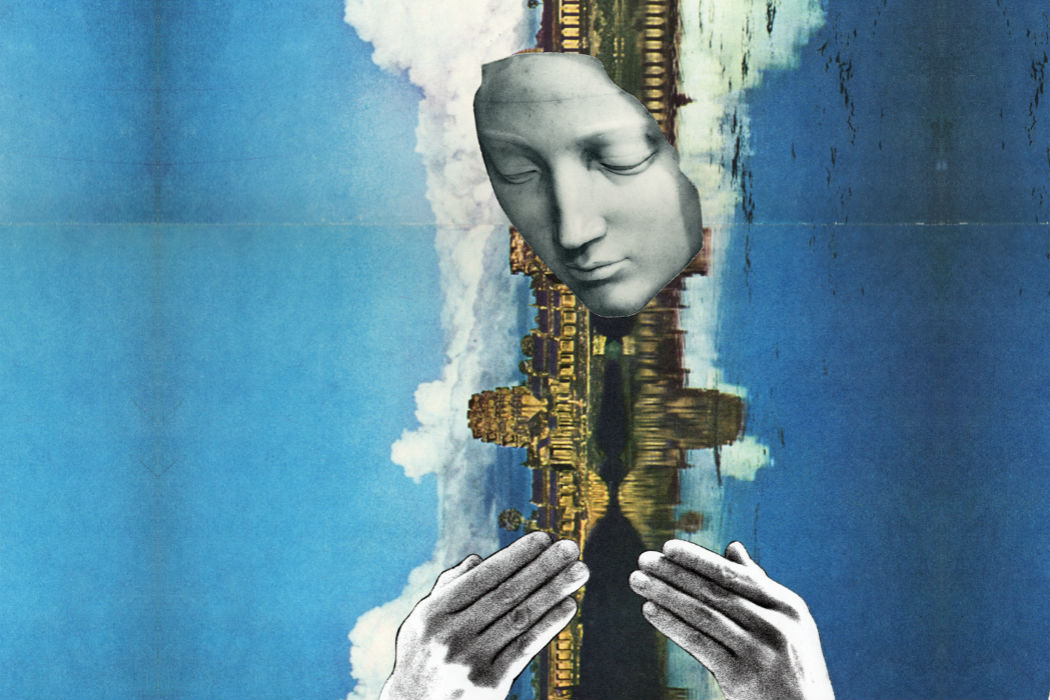 ‘Hoop Earring’, from Sage Caswell, is an album that tells a story with an accompanying video which is meant to visualise the larger mythology that the album represents. Created by Emma Pryde, the visuals are mostly constructed of found footage taken from hundreds of movies, and the clips correspond to the sonic environment of each song. The clips were composed in order to actualise the spiritual narrative of ‘Hoop Earring’ as it moves through a dream landscape on the proverbial Island, and the final result is beautiful.

The video starts out in the ocean at night (Ray of Light ’95) and arrives at the Island in the morning (Intro to WS). Danny’s Telephone Voice is like venturing into the island to start exploring the terrain – The A Side is about entering the island.

Side B starts in the Desert (Y’all) and becomes more of a hallucinatory landscape. From the desert you enter the interplanetary world of All of Gardens which takes place in the dream dimension. From there you are taken into the pool miss-en-scene of Here We Guard Upon the Soul, which is unique in that it is composed out of original footage that we shot underwater.

Side C is the third chapter of the story, starting with 31514726 as a dark, mythological rumination about history and the plight of humanity. Joytel is a passage through winter in an ice kingdom.

Side D begins with DYC which is the climax of the narrative, speeding through the unicursal maze of a labyrinth. At the end of DYC the sky opens up into the final movement, Zora Scales, which represents the end of the journey and the emergent release from the island into the sky.

‘Hoop Earring’ is out now via Spring Theory