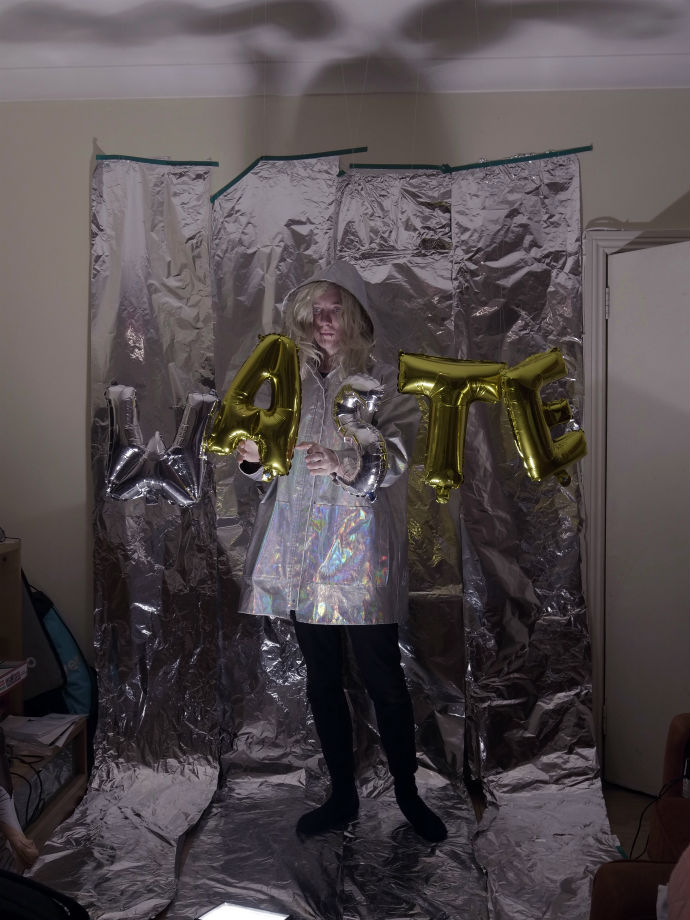 ‘Fizzy Lifting Drinks’ is the latest release from rising Dublin-based producer and songwriter Wastefellow. Sitting between the experimental and accessible, his rave-ready synths and left-field beats are the latest to arrive from Ireland’s buzzing label Soft Boy Records. ‘Fizzy Lifting Drinks’ was released ahead of his ‘Wastefellow World Tour of Dublin and Cork and Galway’ alongside a clever side-scrolling video.

‘Fizzy Lifting Drinks’ sits half-way between a lullaby and a breakbeat-driven rave tune that sounds like it’s being played by speakers buried deep underwater. It’s a beguiling and exhilarating creation that displays a wealth of ideas in a short space of time.

For something that sounds so forward-thinking, the track came from humble beginnings. It was inspired by a riff that he created for his teenage noise-rock band Frank when he was 16. On this Wastefellow says, “Like all good tunes written for 16-year-old noise bands, it’s about the feeling when you awkwardly fancy someone, and it feels like the best thing ever and the worst thing ever at the same time. Back then it was just lyrics and a guitar riff which we never fleshed into a full song.”