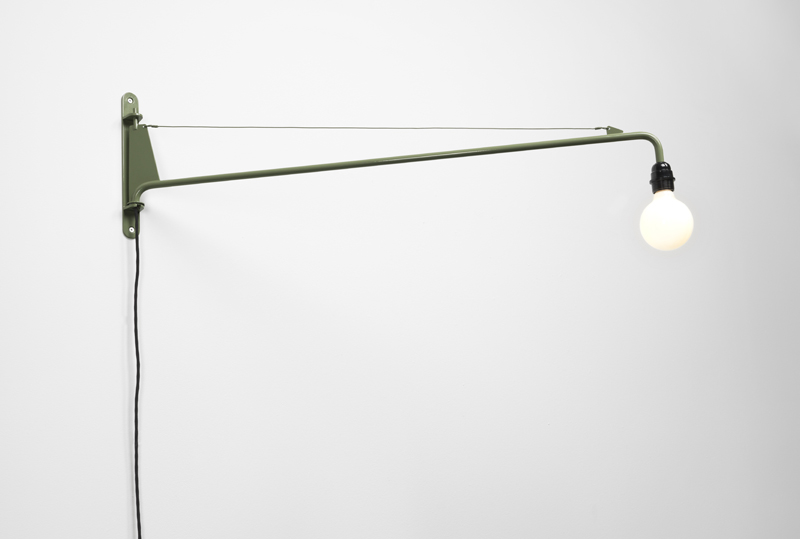 We are in Love with the new Prouvé RAW Office Edition. We want it.. we need it. Following the success in 2011 of the Prouvé RAW crossover project between Vitra and G-Star RAW, the partnership has continued with the development of a second limited series: the Prouvé Raw Office Edition. This second crossover collection revives a series of furniture and lighting originally designed by Jean Prouvé in the 1940s for the offices of major French industrial companies.

The Dutch fashion label G-Star RAW has found an expression of its identity in Jean Prouvé’s designs – technical objects that embody the principle of structural necessity while simultaneously exuding a poetic aura. As works that have attained the status of classics, they have served as a continual source of inspiration for the creative team at G-Star. In 2011, Vitra and G-Star RAW joined forces to launch Prouvé RAW, their first crossover collection.

Prouvé’s constructive logic and strict utilisation of honest industrial materials not only corresponds to the product philosophy and brand identity of G-Star but also shows a strong affinity to the architecture of the brand’s new headquarters, built in 2014 by architect Rem Koolhaas. Thus it was a consistent decision to furnish the offices, conference rooms and canteens of the new building with designs originally created by Jean Prouvé some 70 years ago for the interiors of several French corporations and universities. Together with the architecture, they create a workplace that reflects the company’s radical design approach.

In cooperation with the Prouvé family, Vitra has adapted the French designer’s furnishings to meet today’s office norms and needs, while teaming up with art directors at G-Star to develop colours and details. As part of this project, single and double workstations, conference tables, office chairs and several other furniture pieces were issued exclusively for G-Star. In the new Prouvé RAW Office Edition, the designs in this crossover collection now become available to other companies and collectors.

‘My father would have appreciated the new energy that this cooperation brings to his designs. He always wanted things to look fresh and new. It’s wonderful to see how the collaboration between Vitra and G-Star RAW gives a new feeling to the collection, and that individual pieces are returning to the office – the place for which they were originally designed’, commented Catherine Prouvé on behalf of the designer’s family.

Several industrial shades of green, leather and fabric upholstery materials, and other details pay tribute to the origins of these furnishings. Made of steel and solid wood, the tables, chairs and cabinets in the Prouvé RAW Office Edition bear witness to a bygone industrial age. Its former factory floors and workshops are now occupied by creative agencies of the digital era, who share the same values of hard work, authenticity and sustainability.

As G-Star RAW’s Design Director Pieter Kool explains: ‘From the beginning, our approach to the collaboration has been to keep as close as possible to the original design. With the first crossover Prouvé RAW being a home collection, there were minimal obstacles in this approach. However, with an office collection, because of regulations and modern needs of an office environment, this was more challenging – how can we integrate into Prouvé’s line of thinking height adjustability, a cable gutter, or a five-legged office chair base?’