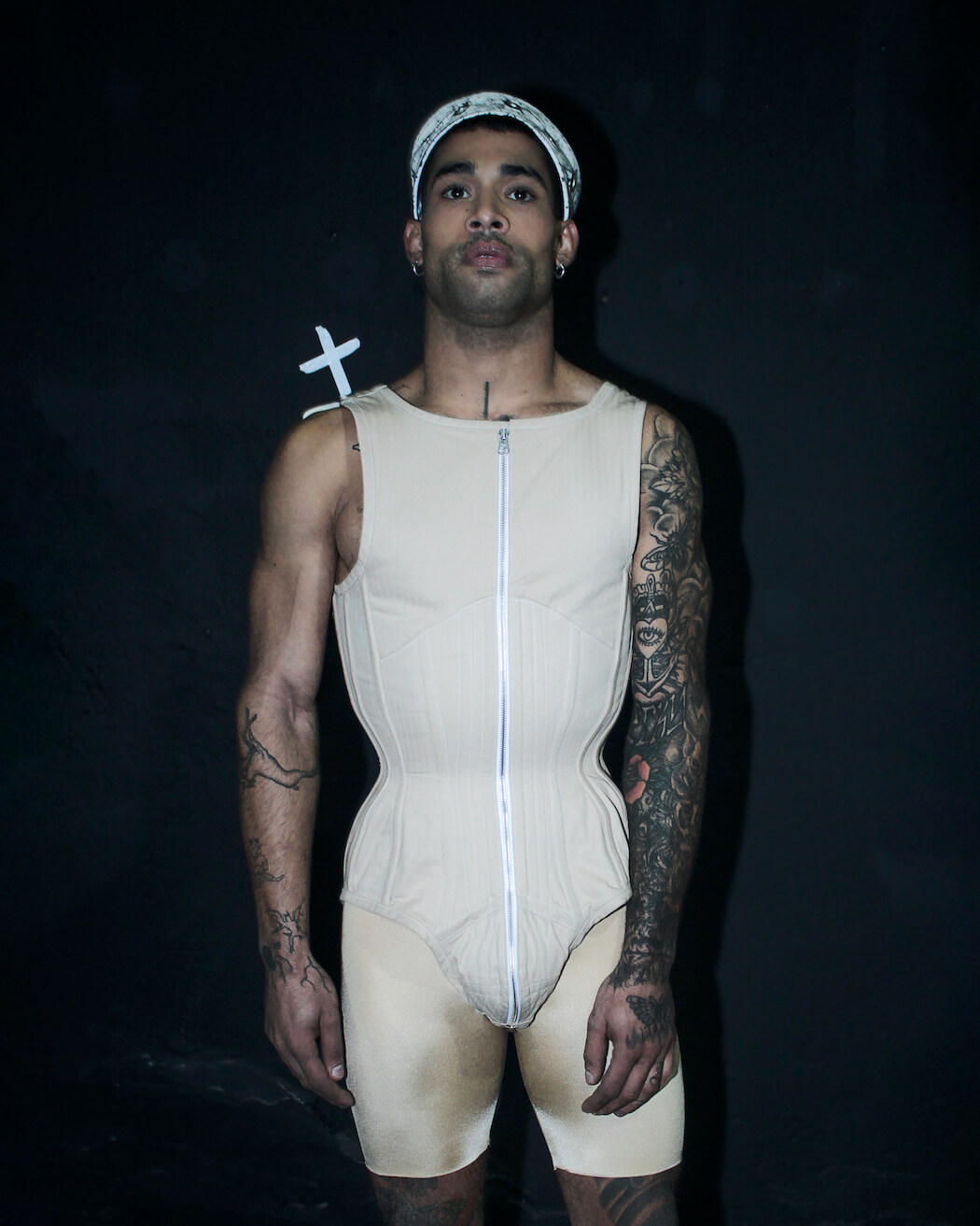 What do you get if you blend exquisite corsetry, vintage sports silhouettes, pristine neutral palettes and resistant queer identities? The answer can be found in the alluring and sensual S/S21 collection Queer Asmarina by Lorenzo Seghezzi. 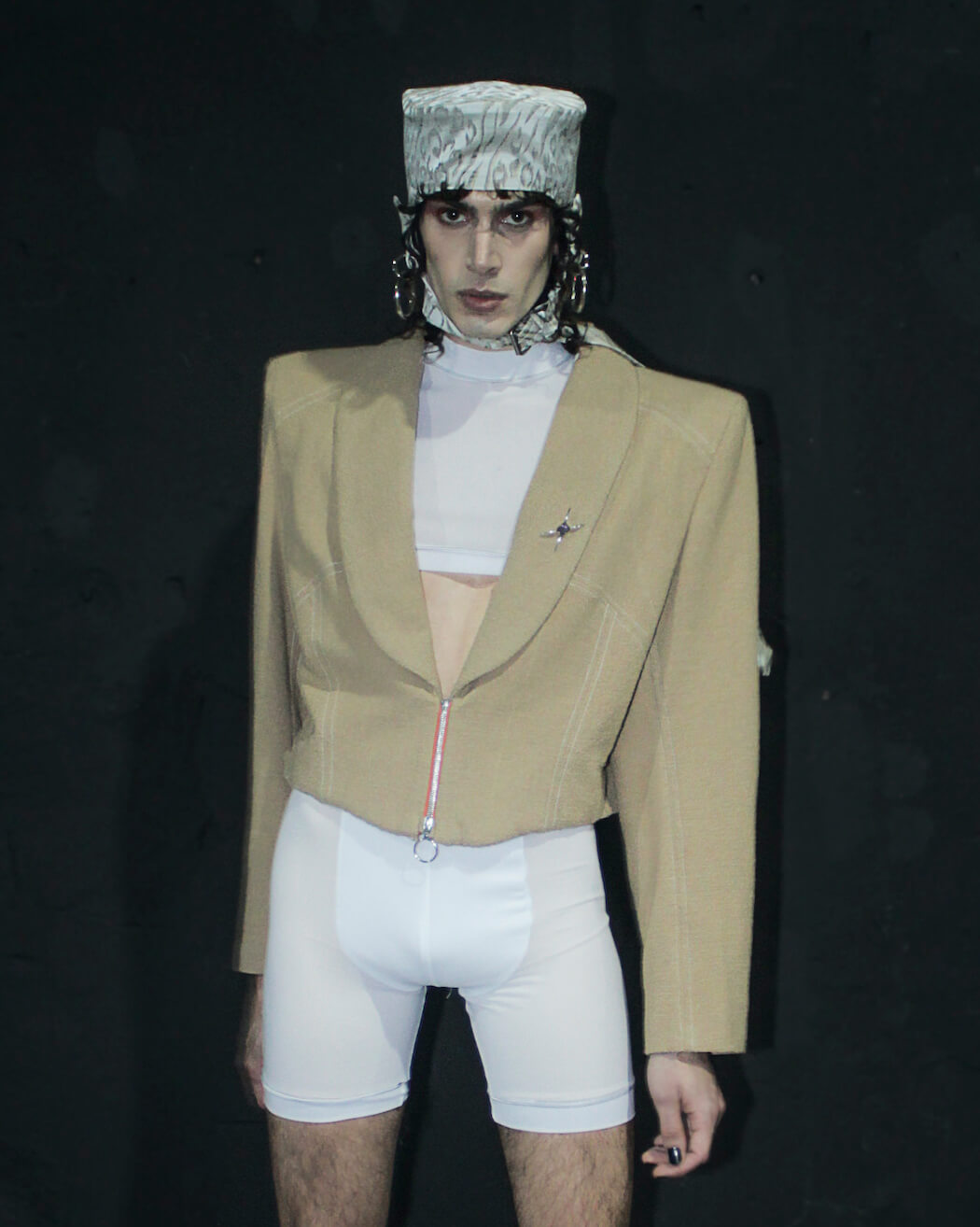 A modern and refreshingly queer take on LGBTQ+ culture established in Italy’s Porta Venezia, a neighbourhood often called ‘Asmarina’ as a result of its Eritrean refugee population and a place now ripe in Italian post-colonial heritage and an epicentre for LGBTQ+ nightlife. 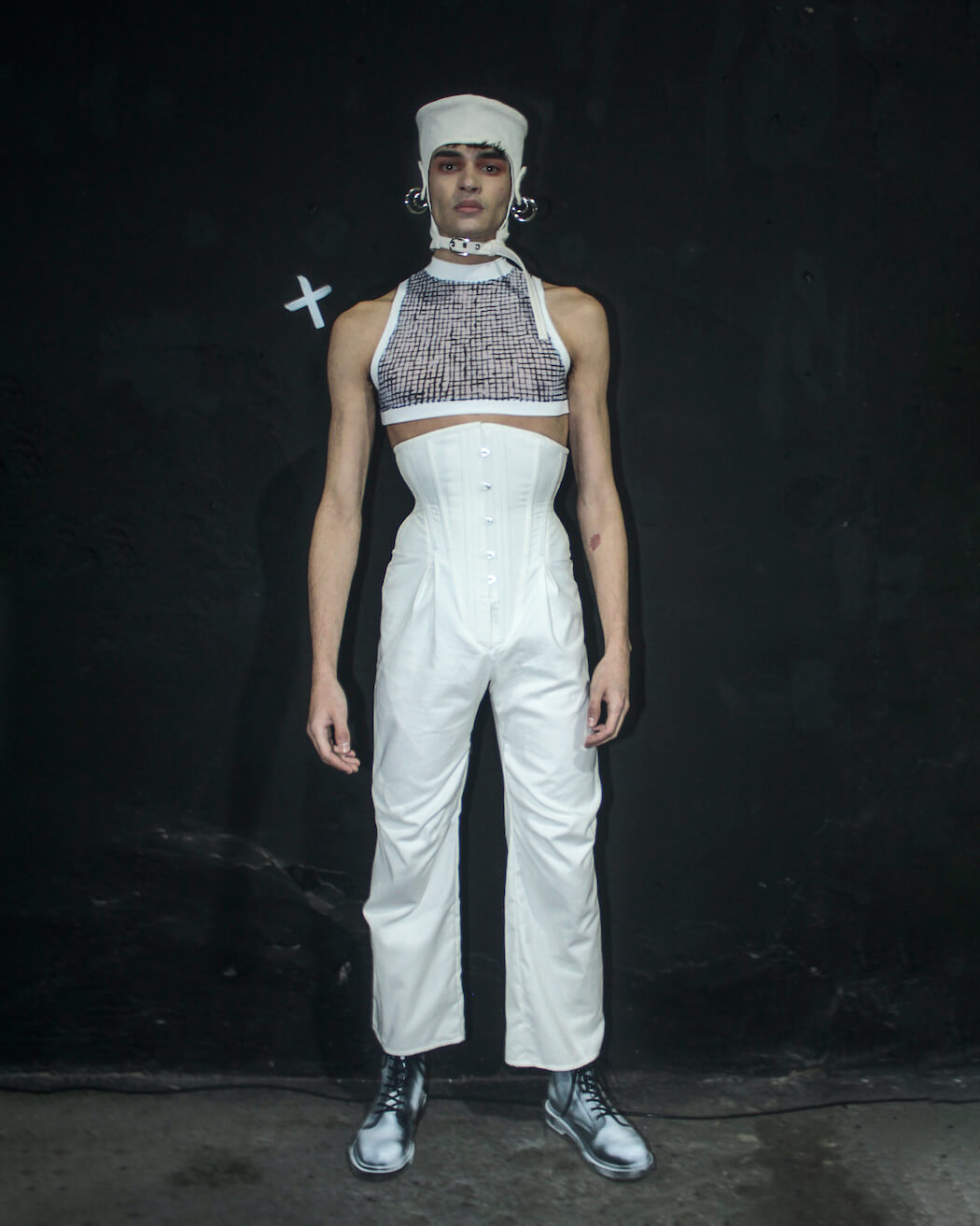 The word Asmarina meaning little Asmara, the capital city of Eritrea a Presidential Republic that is in fact a totalitarian dictatorship that punishes homosexuality and transsexualism with death sentences.  “I chose to design a collection inspired by traditional shapes and costumes of Eritrean and Ethiopian culture, mixed with the underground individuality of the queer community of my city, Milano. 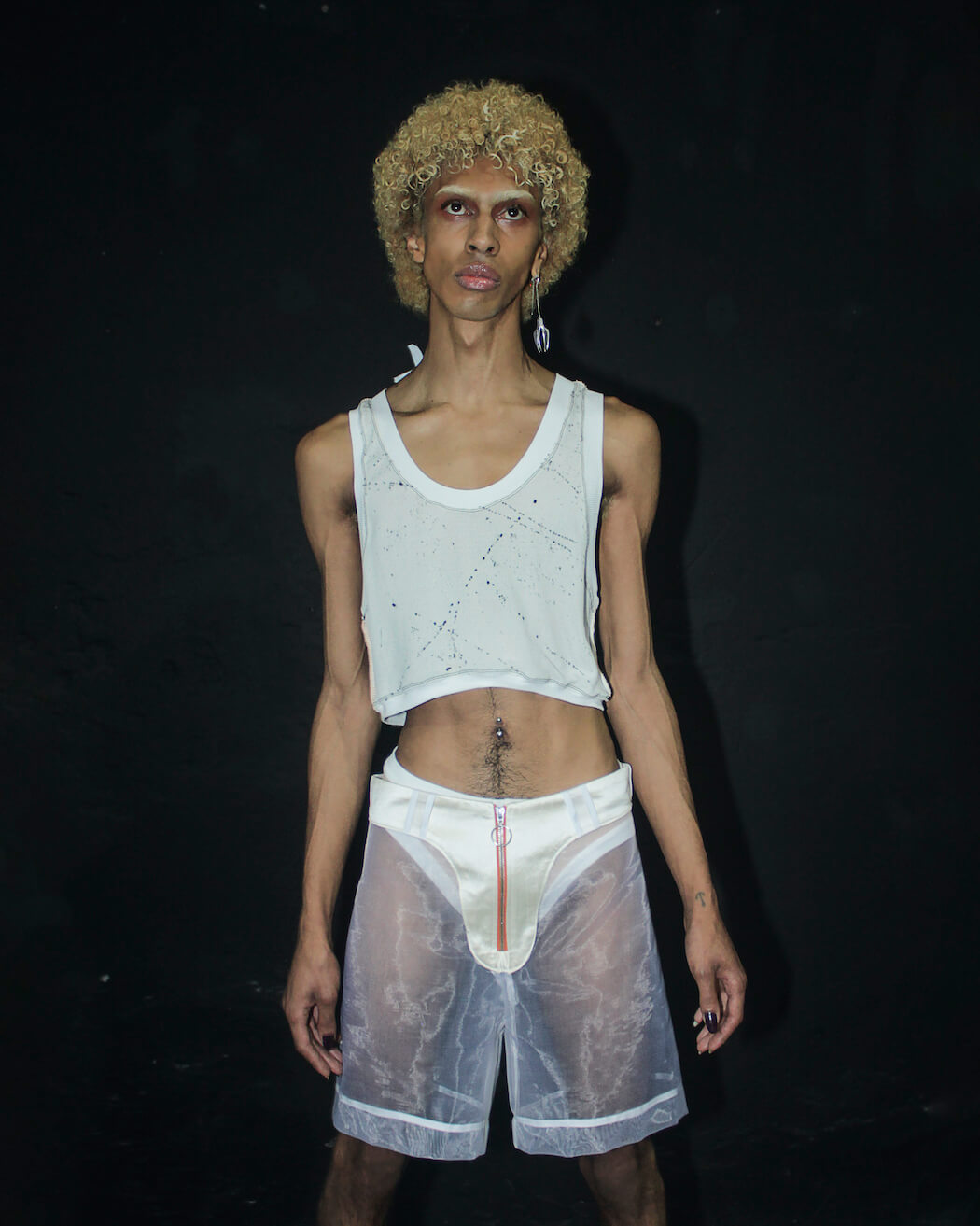 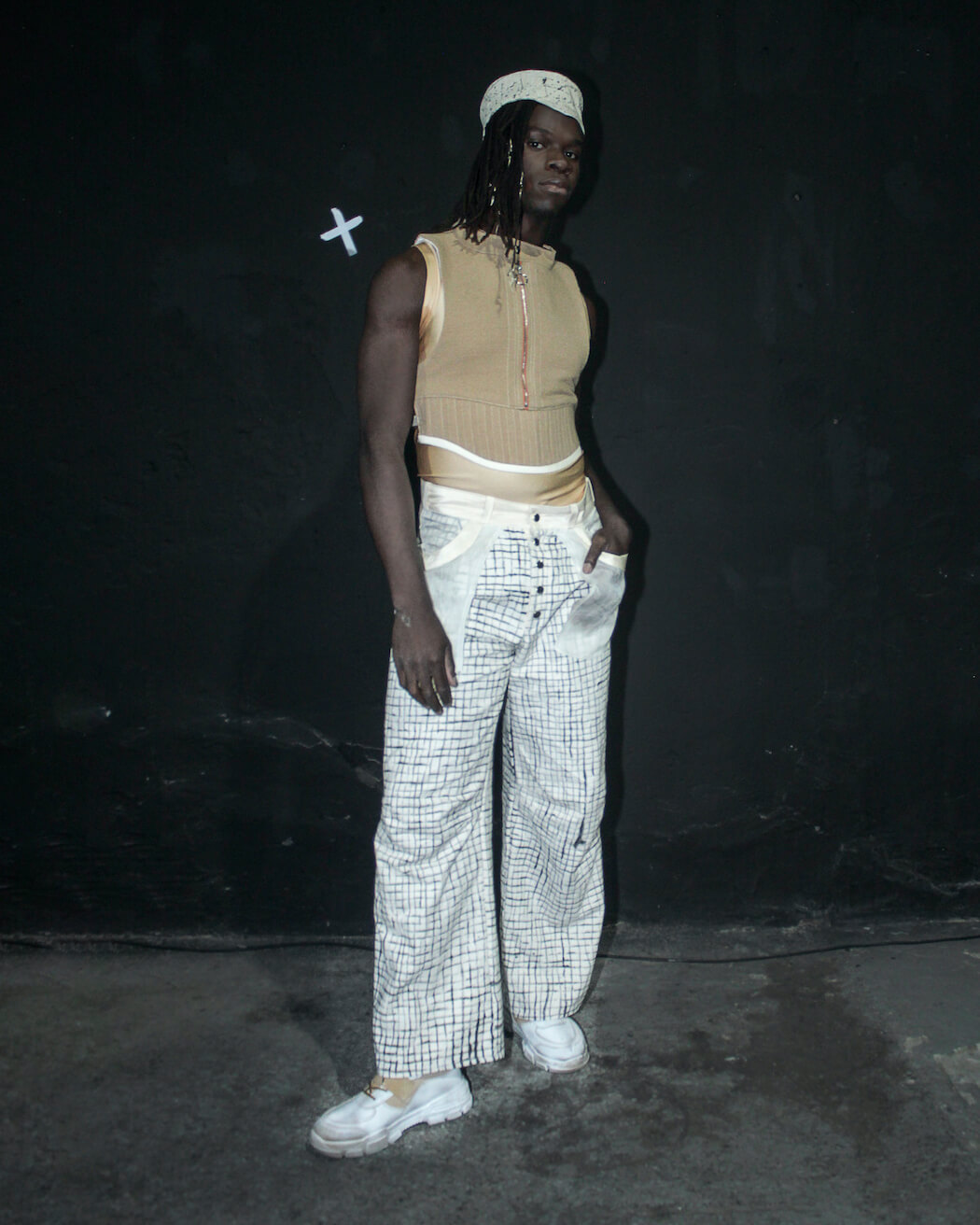 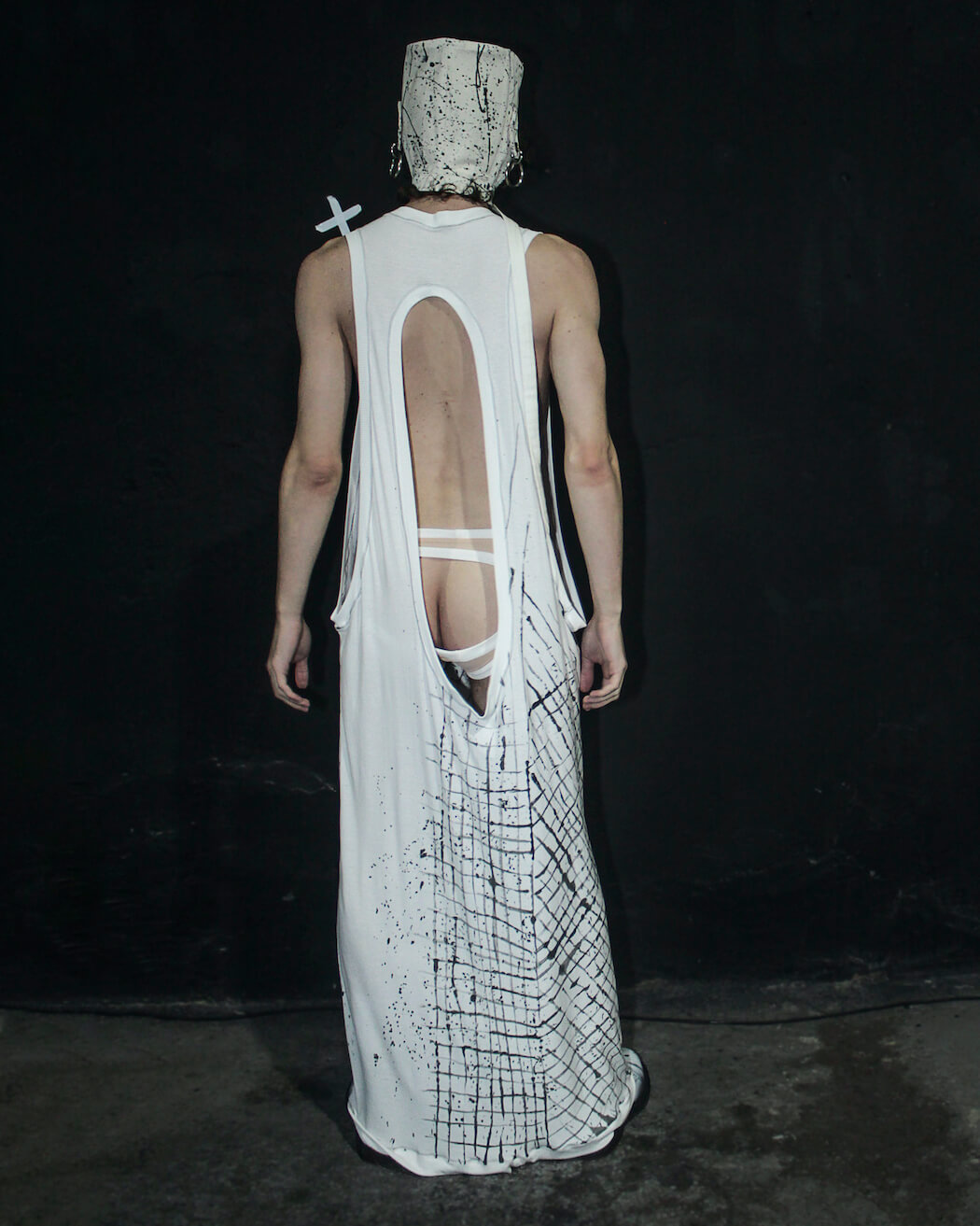 Three generations later we can definitely say that the identity of the neighbourhood is one of fluidity, full of African groceries and restaurants as well as LGBTQ bars. This unbreakable bond between LGBTQ, West African and Milanese lifestyles and cultures are one of ever-growing strength.

As in all my previous collections, I once again designed “Queer Asmarina” with the goal to criticize how extreme machoism and masculinity are a huge problem in the LGBTIQ+ community.” 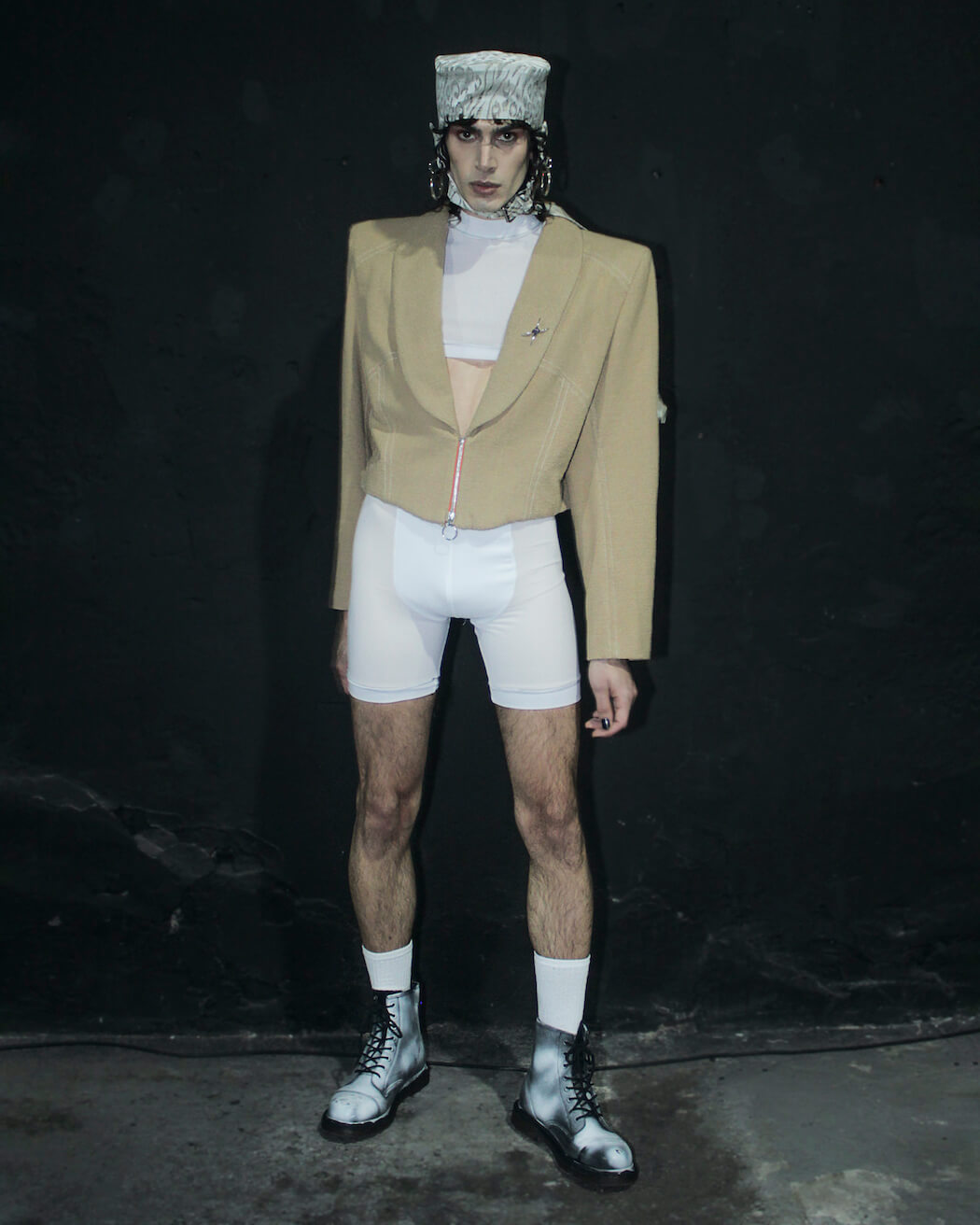 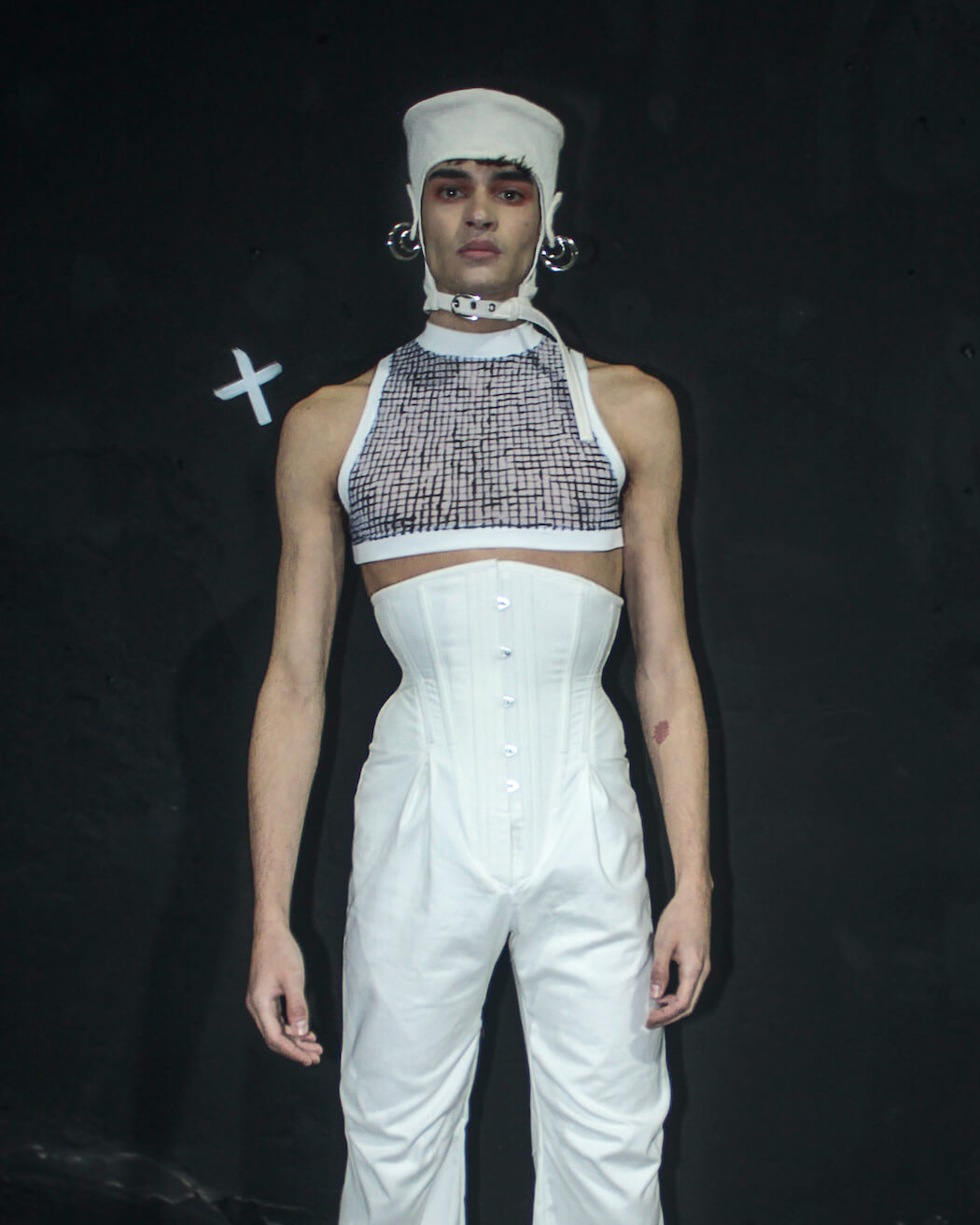 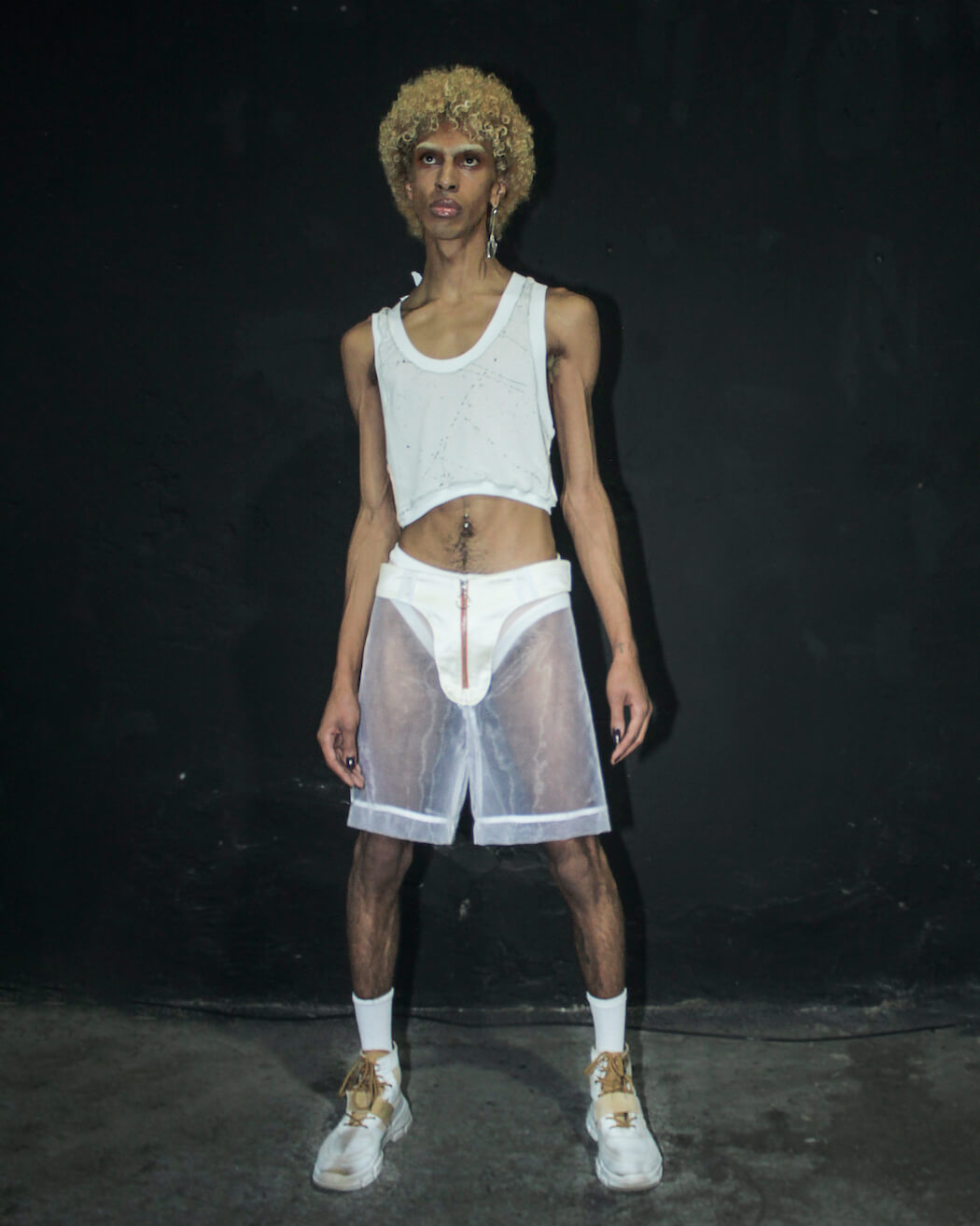