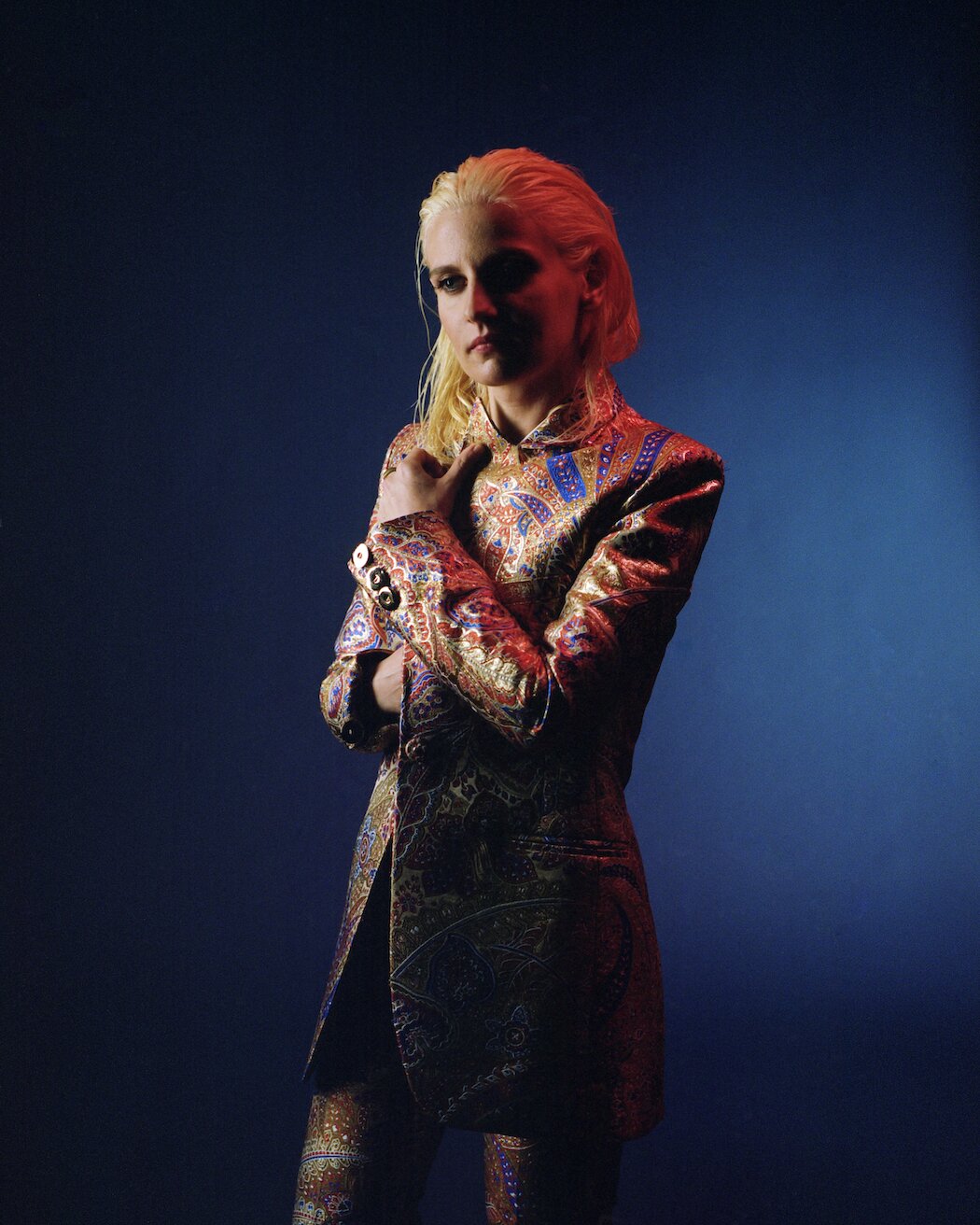 Requin Chagrin, the moniker of Parisian artist Marion Brunetto, unveils her synth-laden single ‘Déjà Vu’. Once again Marion has written, composed and recorded all the instruments herself (synthesizer, bass, guitar, drums). Mixed by Ash Workman (Christine & The Queen, Metronomy, Veronica Falls) and still hosted on Nicola Sirkis’ (Indochine) label KMS Disques, her new single brings us closer and makes us dream of a brighter time.  “The inspiration came when I was playing with a borrowed Casio MT400v synth that I love,” she explains. “I wanted to talk about stars, especially the Perseids. It’s that moment around August 15th when shooting stars are lighting up the sky. It’s time to make wishes, to start all over again”. In celebration of the release, we asked Marion to share her Top 5 French tunes.

Police control “Chute stationnaire”
“It’s one of the latest releases of the Parisian label Requiem for a twister. Their songs make me think of old french pop bands from the 80’s with beautiful guitars as in their title “Noyé” and superb synths in their dancing title “Chute stationnaire”. Moreover, the cover is really cool”

Le groupe obscur ” Du fond des mondes”
“I love this band from Rennes, they remind me of Cocteau twins. Their mysterious costumes make them look like magicians of an aerial dream pop.”

Entracte Twist “Amour amour”
“This is another band from the label Requiem for a twister. We often played together with my old garage band. I love their energy on their live performances. The rhythm is very intense, they play very cool songs with a lot of fuzz and a beautiful rickenbacker guitar.”

Rémi Parson ” la Surprise”
“We met each other at a concert where we both performed and became friends. After 12 years in London, he now lives in Paris and I hardly miss any of his Parisian concerts. He makes a synth-pop that I like very much with great lyrics. My favourite song is “La surprise” and I can’t wait to hear his next album.”

En attendant Ana “Words”
“I really like their melodies, vocals and guitar parts. Some of their songs remind me of Electrelane songs and their second album “Juillet” released in early 2020 is really cool.”