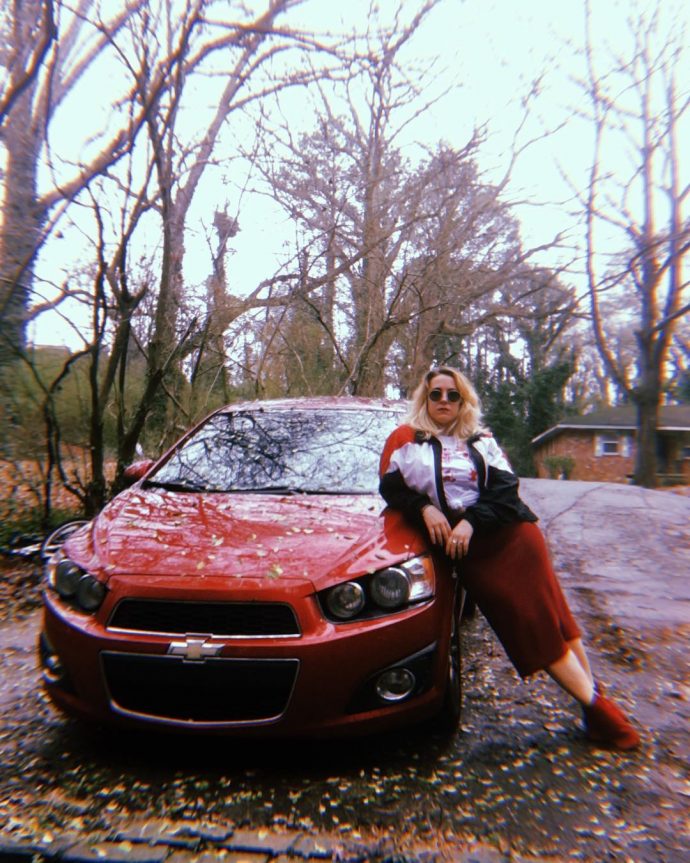 “Rose Hotel will always be a shapeshifter. Sonically, I want to sound modern and relevant to what I’m listening to and loving now, while also nodding to and gleaning influence from the older music that resonates so deeply with me as a musician and a woman.”

“10 K” is the band’s latest release, and swept us off our feet through its dazzling soundscape. The video features playful, sun-bleached glimpses into the life of a wandering woman. Read on to find our chat with Reynolds in which she explains her inspirations behind the darkness of the single.

KALTBLUT: Which non-music-related inspirations have made their way into “10 K”?

Reynolds: Moving to a new city was a huge inspiration for “10K”, as well as the bittersweet sting of nostalgia and fear of the future. I was also reading Patti Smith’s “M Train” right before I recorded the album and her words had a huge impact on me.

Reynolds: “10K” started out on acoustic guitar, but then I started messing around with it in full band practice and my friend John Restivo was playing drums with me and suggested we bring the tempo up. He started playing this beat that was really repetitive and almost put me in a trance-like state that allowed the song to take a different form.

This one doesn’t really have a linear narrative – it’s more just a collage of many different thoughts I had surrounding moving/ageing and wandering through life without a clear sense of direction…and that being okay.

KALTBLUT: Can you tell KB readers about your favourite highway road to drive on, and which sounds pair best with it?

Reynolds: As far as looks are concerned, I’ll never forget being a child living in California and driving down the pacific coast on Highway 1. If I were on it today I’d listen to nothing but 1970’s folk or psych rock, just because you have to. But more recently and applicable to my life, I love the drive from Nashville to Atlanta, Highway 24, just for the sentimental value of it and how it’s important in my life. I’m probably listening to Andy Shauf’s record “The Party”, maybe some Dolly Parton, or Outkast.