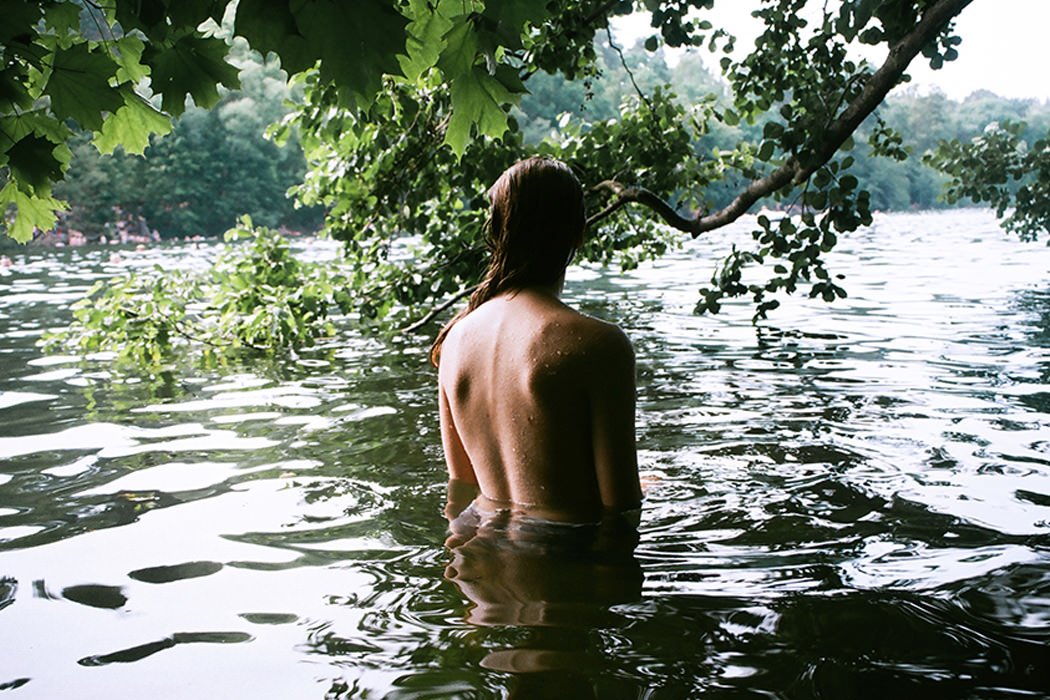 The photographs of Sophie Harris-Taylor are incredibly inspiring. Sophie is a photographer based in London. She exclusively works with natural light, and it shows. The result is stunning.

KALTBLUT:  How did you start with photography?

Sophie Harris-Taylor: As a young teenager I was always the one with the disposable cameras, capturing friends growing up over the school years. (No one had cameras on their phone, and no social media to share photos). This became my thing, sort of my social role, and then as I was always more creative than academic I fell into studying Fine Art at University. It was whilst I was studying Fine Art that I begun solely using the camera to make work, I soon switched over to the Fine Art Photography degree. Having this time allowed me to develop my own interests and style. Initially this was far more raw, and I think as I’ve got older has become more formal, whether in the studio or on location.

KALTBLUT:  Do you remember what was your first shoot?

Sophie Harris-Taylor: My early work was more documentary, I was always shooting friends and the people around me from a pretty young age, at some point these images became slightly more meaningful I guess (whilst studying Fine Art and then Photography). I started to curate and consider these more, eventually moving into seeking shots, but it was definitely a gradual progression over several years rather than a definite switch to “I’m now a photographer and I’m doing a shoot”.

KALTBLUT: What inspires you these days?

Sophie Harris-Taylor: People mainly, those I know and those I see. Stylistically I’ve always been very inspired by the Renaissance painters for their use of light as well as cinema for it’s composition and storytelling.

KALTBLUT: How do you choose your models?

Sophie Harris-Taylor: I’m constantly people watching and observing who’s around me. I’m not so interested the conventionally attractive, but often I see something, something strange, something behind their eyes that’s captivating or something about their skin that’s transluscent and I’ll just stop them and give them a card – with these people I’m trying to express some physical aspect of them. With friends I’m trying to show something deeper, some kind of story. At the moment I’m working on a series of sisters, so everywhere I go I’m trying to guess if girls are sisters.

KALTBLUT: The light is really incredible in yours pictures. How do you work with it?

Sophie Harris-Taylor: I exclusively use natural light and I guess over the years I’ve just got used to the way it works for me. It’s not like working in a studio, where you’re dictating the environment, you have to learn to adapt and embrace what it provides you and where it leads you – I actually find it incredibly liberating.

Sophie Harris-Taylor: I am currently working on quite a large series, about the relationship between sisters. Its a really exciting project and so rich with subjects I don’t think will set a definitive end for it. I’m also recording accompanying audio interviews which I feel is adding a greater depth to the images themselves and I’d like to publish alongside them. I’ve also started co-directing music videos which I’m really enjoying and have a couple more coming up.