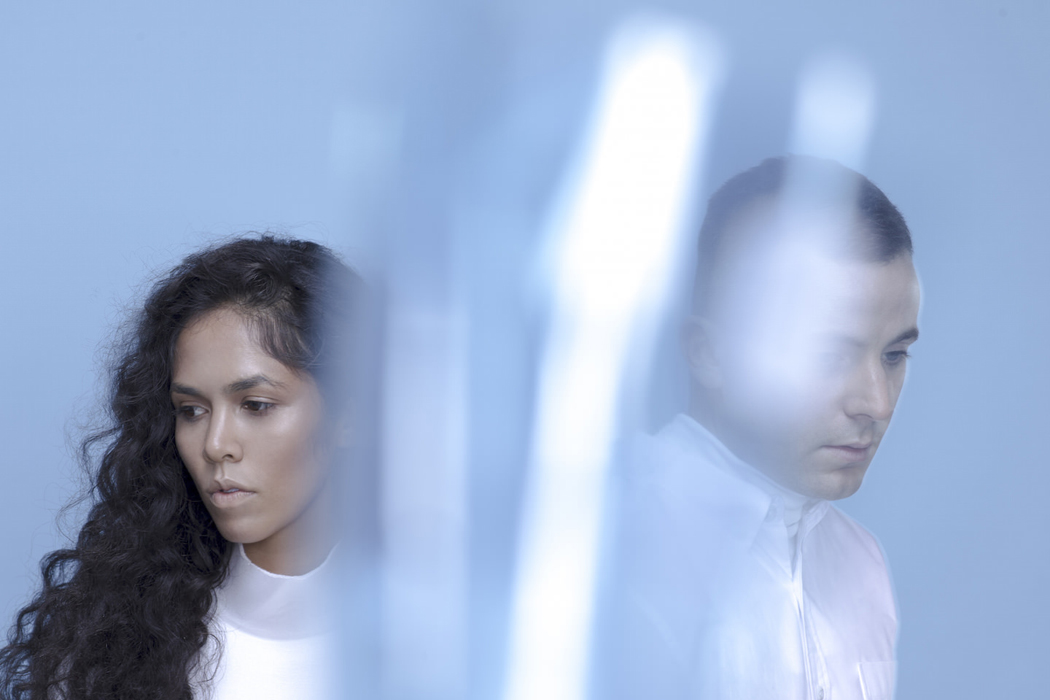 After four years of building a reputation in the anonymous online world, 18+ finally put a face to the name during the release of their debut album ‘Trust’ (Houndstooth) late last year. Their mixtapes to date have existed in the dark underbelly of the world wide web, and their debut single ‘Crow’ sold-out of physical copies in unbelievable time. Their sound has evolved through several media formats of music, performance and visuals, with just enough addictive hooks to crave more. Justin and Samia took time out before their performance at CTM festival this year to talk to KALTBLUT.

KALTBLUT: Can you explain how 18+ got started?

Justin: One of our friends actually posted an early video we did on Facebook. It was just a demo we had sent to each other, but then there was this big speculation around it, and who did it. We originally met each other at the School of Art Institute of Chicago and worked on our ideas over messages after we both moved back home.

KALTBLUT: What can we expect from a typical 18+ live performance? I heard some of Europe has been pretty crazy so far.

Samia: Yeah there’s a video of people who jumped on the stage in Amsterdam, and they’re just dancing, and there’s this one topless woman and we were both thinking, “Is this what people want to see?”. Like is this what we are causing people to do? So it’s kind of weird to see the difference in each place we go to.

KALTBLUT: Could you describe your musical process?

Samia: We each take our time with the piece, whichever it begins with, like if Justin makes the beat and sends it over and then I’ll play over the first layer of vocals and kind of put a structure to however we want the song to go. And then Justin will put his vocals over it and then we’ll just talk about it or just write to each other.

KALTBLUT: So you start kind of separately?

Justin: Yeah, almost. We just start recording our own parts, like not even real songs. It’s the most common form, there’s also other variables.

Samia: But I also think that continues in the video work now too. It’s just like “Let’s edit this one at a time and when it’s done, it’s done.” It’s just that what I really feel is that it’s a response. Like constantly responding to the other in the format that they present.

KALTBLUT: Your lyrics explore the notion of sexuality, identity and morality. Why did you decide to focus on these particular concepts? 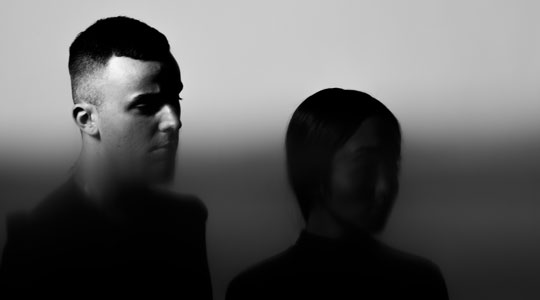 Justin: I think the morality thing is not necessarily about sexual morality or inter person morality, it’s more about intellectual property morality and how we constantly appropriate this. The way I think about that is the way we sort of looked at where platforms appropriate everyones content, like Facebook owns pictures you upload, Tumblr makes money from people posting things they like. This sort of grey moral area where people are being used, and peoples personal lives become co operative to this corporation. 18+ does this also, but in a more humanising way, but it’s still questionable. But morality is a question I’m still interested in, like does copyright make any sense in 2015? People need to make money, but can you really in force a law like that? That’s where that morality end kind of came from.

Samia: Yeah I mean, I was just sitting around earlier thinking about the interviews that we were doing today, and how probably these questions about the theme could be answered, and personally 18+ are, before even understanding 18+, artists and musicians try to think about how they can be heard, and seem sincere, and how in the third sense, “How can I fuck up that idea of being sincere?”, but like invent something else. And I think that’s what 18+ allows us to do, in a really weird way, that lets us touch upon these themes, like that all happened together for me I think. We could talk about sexuality and intimacy and all of these things, and be sincere but we could also bend it a bit and create tension for people that question what/who we are, and also who they are while listening to it.

KALTBLUT: Did you have any intentions of how you might sound? Or how you thought people might react to it?

Justin: Not really no.

Samia: I think we react to each other, and we’re not making it because someone demande it.

Justin: And also every song we make is just an attempt to keep ourselves entertained

Samia: [Laughs] How could we not be bored?

Justin: Yeah, like how could we not make the same song?

KALTBLUT: I still don’t know how you incorporated a crow into a song.

Justin: Well some people really fucking hate it! [Laughs] There are really good comments on the YouTube videos. Like “This song is great, but you guys gotta cut the crow out”. But I’m pretty sure it was sincerely said, like it wasn’t dry humour.

Justin: [Laughs] Like, “Great song! I would ease off on the crow a little.” Okay great, thanks for the advice!

KALTBLUT: As a band you have been quite behind the scenes with your use of visuals as the face of 18+, is there a reason for this?

Justin: It started off, like we weren’t trying to launch a career, so a lot of conventions to start a normal band weren’t there. And since we both come from a studio practice background, like being in a room, not like being attached to anything, that’s sort of how we approached making the music and videos. We didn’t put ourselves in the video, because that didn’t make sense. Like why would we put on a cabaret show; fake performing a song, living a fake lifestyle. It just seemed uncomfortable.

Samia: It’s also pressure because of those people who become icons with huge teams behind them. Like they become almost a brand. That’s how we like to look at it, like 18+ is a brand in that way but it’s not our two faces all the time, especially from the beginning. 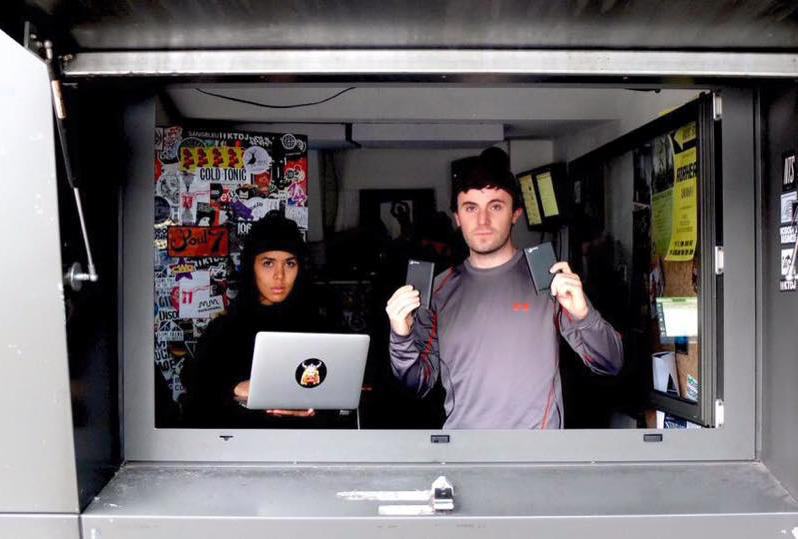 KALTBLUT: Do you create all of the visuals yourself? You explore a lot with alternate worlds using CGI.

Justin: It’s a question of what creation is I guess. We use videos we find. We could record stuff from video games. It doesn’t matter, it’s about re-contextualising.

KALTBLUT: With more of a face at the forefront of your music now do you feel this may change the way your audience will receive your music?

Justin: I look at ‘Trust’ as a frame point for 18+ because we very physically attached our faces to the album and prior to it we were operating in a place where things were very fluid, identity was very fluid. We presented a “pregnant void” I would say, where people could project their own interpretations of what we could be, what they look like, what their sexual orientation was, what sex they even were, what social and economical background they had, all that stuff was a question mark.

KALTBLUT: You were known as ‘Boy’ and ‘Sis’ for a while weren’t you?

KALTBLUT: That moves onto my next question – how do you ideally see the evolution of 18+?

Samia: We’re always trying to challenge ourselves in terms of style and how we respond to the way people approach us for things. That gives us a chance to use whatever form of communication to react to that, and that’s exciting. We’re also working on a new album so..

Justin: I dunno, I was hoping around fall but we’ll see. Yeah, it’s strategically placing the dates. There’s more people involved now. It’s good, we want to grow 18+ as a business because it’s sort of teetering in this moment where it’s some small amounts of money, but we’re really not being able to support ourselves with it, so if we can make slightly more money then we’d work harder on it.

Samia: The identity thing he was talking about earlier, I think it’s also funny that somebody like, now that we are giving out personal information about ourselves like where we come from. There was an article that was like “From California to Hawaii.. or so we think” [laughs]

KALTBLUT: Oh my god, everything is a conspiracy.

KALTBLUT: That’s kind of fun though, people are still questioning 18+ even though you’ve put a face to it now.

Justin: They were also skeptical as to whether or not we were really 18+.

KALTBLUT: So am I now!