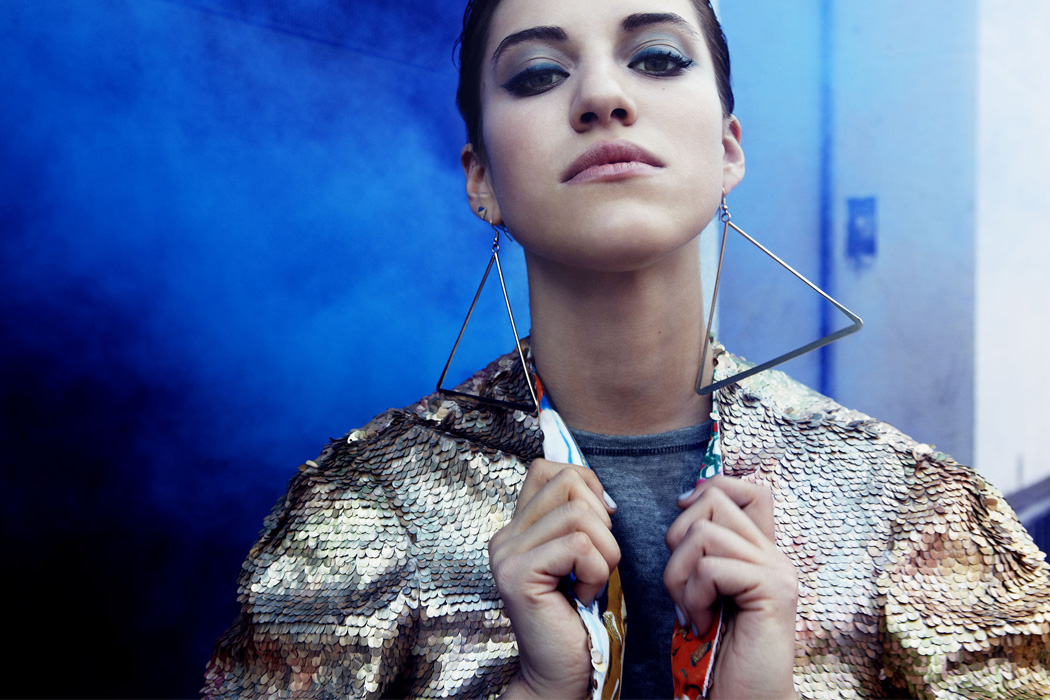 Sound of the Week: Andrea Balency

Andrea Balency’s voice is angelic to say the least, the London based songstress will leave you wanting more – much more. The intertwining of soft vocals with strong electro beats has had many people comparing her to the likes of FKA Twigs and Aluna George, which has been something that Balency doesn’t really like as she believes there are a number of other ways people can describe an artist.

In a world full of comparisons, defining genres and sub genres her opinion offers a fresh take on an approach to her music and music itself. “ I think it’s sad that people need names they know to take the time to listen to something new,” Balency says. Her sound clearly backs up this idea and you can feel that nothing will falter in her process to create a strength behind Andrea Balency the avant-garde artist. With her EP Walls that was out last year, Volcano is the new follow-up that is out now for your aural pleasure!

KALTBLUT: With a French/Mexican background and your electronic sound mixed with soft and subtle R&B vocals where do you feel your influences and inspiration have come from?

Andrea: It’s a bit of a difficult question because so many things influence you. Everything you listen to, things you go through, something you read or saw during the day… It’s hard to say. But I do find lots of ideas in visual art, contemporary dance and books.

KALTBLUT: Do you feel your music style has evolved since you first started?

Andrea: Definitely, a lot I think. Only since I moved to London I feel like I’ve found something I feel comfortable doing.

KALTBLUT: With your EP Walls out last year and your latest EP Volcano out this month has the creativity in your musical process been a continuing flow?

Andrea: Not really, it’s been very sporadic. It’s hard to focus on something when you have to play shows at the same time…And there’s always something happening in my life for some reason. It’s actually been very hard to keep creativity flowing.

KALTBLUT: You’re touring around France over the next couple of months, can we expect an international tour soon?

Andrea: Hopefully yes. Maybe when my album comes out.

KALTBLUT: What do you get up to when you’re not making music?

Andrea: My priority is always music, not only because it’s my job but also because it’s the only thing I always want to do. But I do really like to go around London and see shows or go to museums. I love drawing as well and I’ve been meditating a little bit lately.

KALTBLUT: You’ve supported a lot of huge acts, could you tell me a bit about that? Has there been a certain tour that stood out for you?

Andrea: I think the most overwhelming one was when I opened for The Cure in Mexico City. It’s the biggest show I’ve ever played, it felt very strange to have such a big audience in front of me.

KALTBLUT: Does music run in your family or has this been something that you just took to on your own?

Andrea: There’s no musicians in my family but on my mother’s side, everyone is very artistic. She’s a painter, and she passed on her love for art in general to me.

KALTBLUT: Your music comes from a range of different genres, what are your thoughts on categorising musicians into a particular genre?

Andrea: I think it’s getting harder and harder with time to categorise music, especially when it comes to electronic music. We have access to all kinds of music and the frontiers between genres are getting very thin. I don’t think it’s necessary to categorise music anymore, but everything, especially media, is built around genres, so we’re a bit far from getting rid of them still. Hopefully one day people will just listen to music with an open mind instead of looking for reference points all the time.

Andrea’s Volcano EP is out NOW! Buy it here.