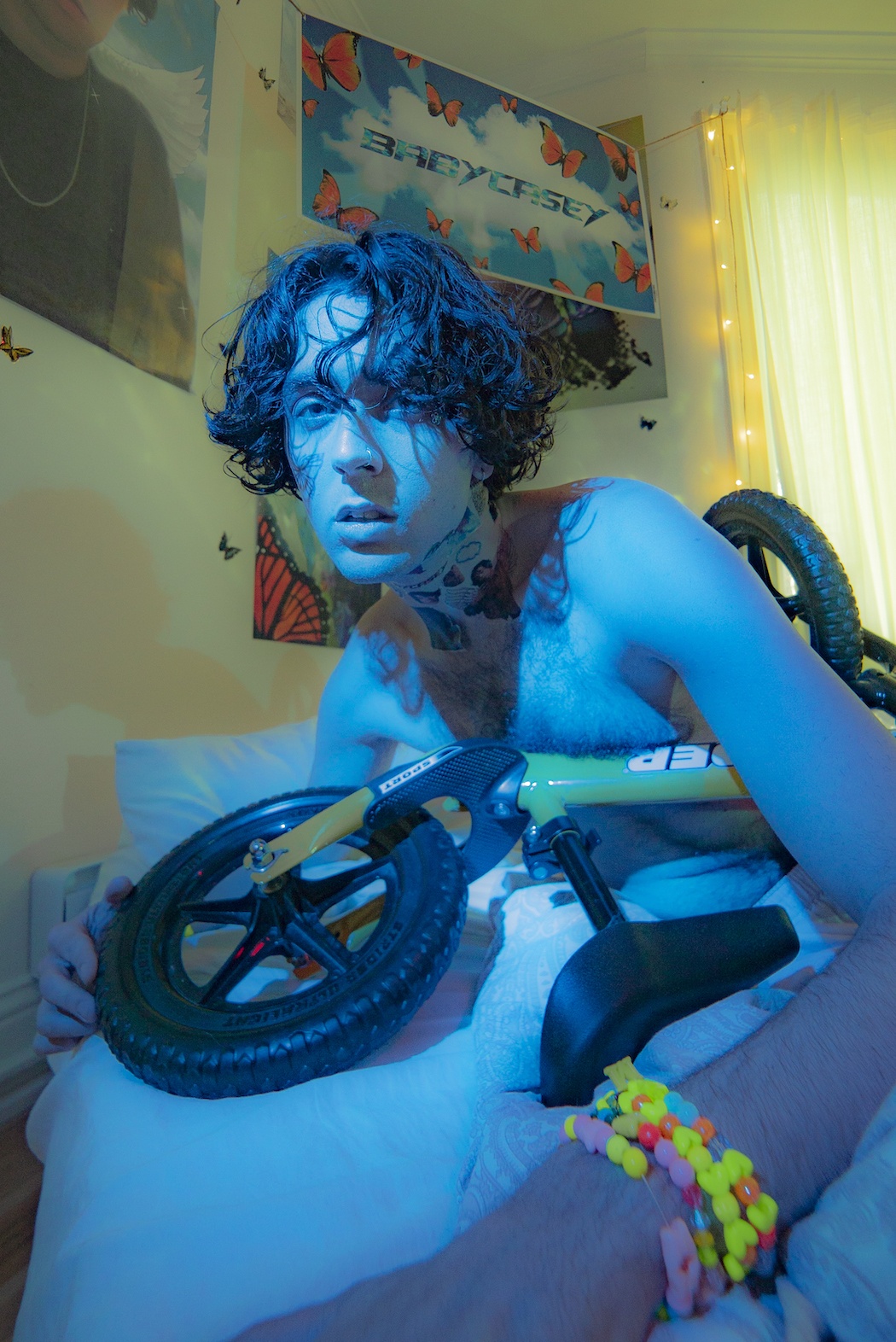 Sound of the Week: Casey MQ

Composer, producer, artist and Club Quarantine co-founder Casey MQ releases their debut album babycasey. Across 13 songs, the record is an examination of identity formation through the prism of pop. Punctuated by original songs Casey recorded as a child, the album examines pop archetypes while revelling in the pure catharsis of the medium. babycasey is a radiant, deft statement from a crucial new talent – a gorgeous reckoning, and an honest reconciliation of ambition, queerness and artistry.

“Watching old tapes of myself over the past year, I realize much of my childhood world was a multi-faceted obsession with boybands. Before even knowing about sexuality, I was seduced by their guise of desirability: a 5 men crew with subtle homoerotic tendencies singing about wanting ‘the girl’ and basking in the surrounding fandom. These images pervaded my childhood and plagued me with confused desire. I was enriched and enchanted by that world – I wanted every piece of it, I wanted to be a part of it. As I watched these videos, I saw the joy of a child living his dream in real-time. babycasey is playing alone: filming the band, introducing the band, performing as the band; he is every member, and the host, and the crowd.

Over the past month, I have been reflecting on these narcissistic fantasies in a different way. I can more critically recognize the entanglement of queerness with idolization of white-washed music and how I built a foundation for my white racial identity on these mirrored images. I can see babycasey engrossed by these figures. I wanted them and I wanted to be them, but hetero-normative expectations designate these as mutually exclusive possibilities. And so I attempted to give up my desire and become the desirable. I became a singer as a child because I loved it, yet praise from the outside world came coated with normative values: ‘Sing like this and you will get all the girls.’ Success meant extinguishing a woman’s agency. It meant that desirability could only be validated through a hetero-normative gaze. Performance became my vehicle for success and my path towards an aspirationalist dream: be a star and be valued for beauty, sex, and power. ‘Make some noise’ – be a force so powerful as to command young minds. It’s a deceit, and yet a child can be entranced.”

Casey MQ is an artist, composer, and producer from Toronto, Canada. His debut album ‘babycasey’ is his childhood boyband fantasy come to life. Growing up, Casey’s pure adoration for pop music intersected with his training as a classical pianist. As he grew older, Casey began to work more closely with electronic music. His inspirations began to widen as he discovered unique, classic, and visceral voices. In 2017, Casey co-founded ‘Raven’s Vision’: a queer Toronto arts collective that DJs in various clubs and warehouses across the city. Around the same time, Casey focused on film composition, scoring films that premiered at TIFF, SXSW and other major film festivals. Through a variety of online releases, EPs and remixes, Casey has collaborated with oklou, Jeremy Dutcher, Christine and The Queens, Suicideyear, Austra and more. During the COVID-19 era, Casey co-founded ‘Club Quarantine’, a queer virtual club that has hosted artists such as Charli XCX, Tinashe, Pabllo Vittar and many more. Casey has cemented himself to be a fresh voice within pop and electronic music.