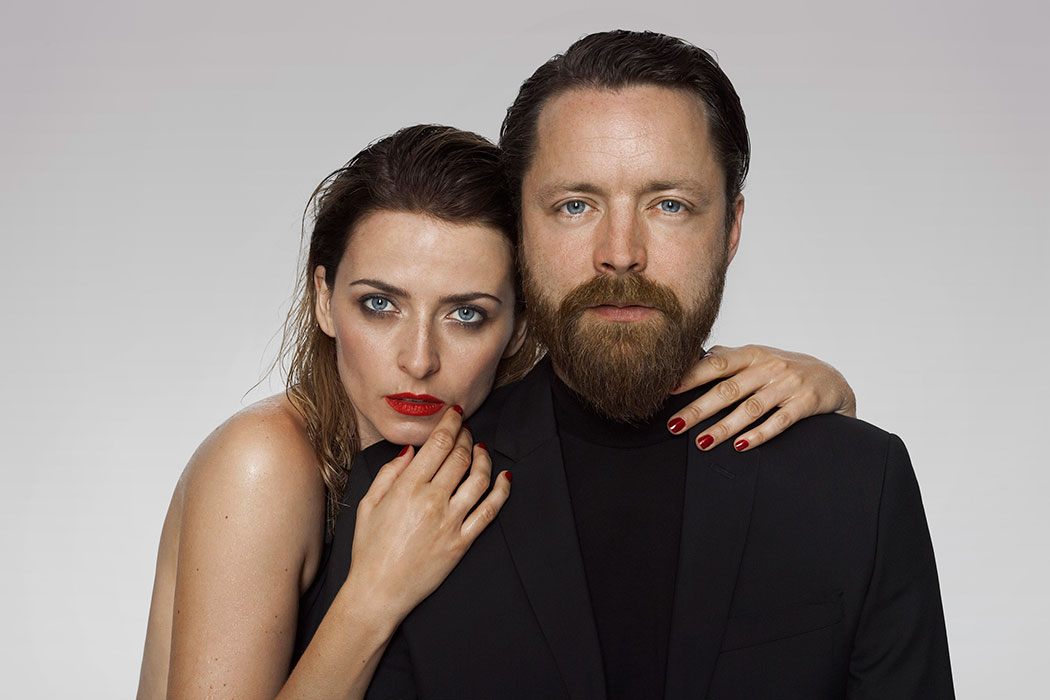 SOUND OF THE WEEK: DAPAYK & PADBERG

#AnInterview! Since 2003, minimal, tech-house, pop duo, Dapayk & Padberg have been making people move… And when we say move, we mean the dance-like-no-one-is-watching kind. For the duo, life has always been a fascinating adventure with their motto “always keep moving, never stand still” undoubtedly having kept them at the forefront of dancefloors and club rooms for over a decade.  However, this year starts off seeing them shift gears, leaving their club roots behind, and producing the delicate, warm, and ambient urban pop LP – ‘Harbour’.  The inspiration for ‘Harbour’ resides between memories collected in Camargue – the French Provence including panoramic views over fragrant lavender fields and extensive vineyards. And the rural seclusion of Brandenburg.. “When you get out of the car, you kind of experience an acute hearing loss..

There is absolute silence and solitude out there. We have set up a studio in our house over the winter and started to work on the new tracks in spring. From the vocal recording corner you have a view on the field and depending on the daytime you have a completely different view of the sky and the environment…” says Niklas Worgt. And for the first time, a D&P LP will be released on their very own sub-label Fenou, which in recent years has made an excellent name for its taste-proof signature sound of harmonic Electronica and swinging minimal electro. Programmed loops combine Eva Padberg’s associative, picture-perfect lyrics to a gentle, flowing, sometimes stormy, interplay. She adds, “The album title ‘Harbour’ itself reflects the big picture…  A kind of romance, security, warmth and harmony. This record feels like a return to the proverbial ‘safe harbour.”

KALTBLUT: We know that Eva has had a prominent modeling career before entering into music. How did you both get your musical starts?

Niklas: I started working on music when I was 15 years old. I was fascinated by the fact that I could create my own sounds on a computer and was completely hooked from the first moment. It was a long way from there to founding my own label and releasing. Eva and I met around the same time that I started to make music and at some point I needed to record voices because samples were hard to find back then. So Eva started doing some stuff for me and eventually we thought it would make sense to make a music project out of this.

Eva: Before I met Niklas the only musical background I had was singing in our school choir. So in the beginning I wasn’t so keen on hearing my own voice on a record, I wasn’t used to hearing it on its own. On the first D&P records the voice was much more modulated and sometimes not even recognizable as my voice, that made it a bit easier for me.

KALTBLUT: How would you say your sound has evolved since you began working together in 2003?

Niklas: When we started out our sound was Tech-house with a touch of 80ies Electro influence. From there we moved to a more minimal sound and finally ended up with a groovy downbeat style. We get our influences from all sides of the musical world and try not to stick to just one genre. For us it was always really important to play around and not be limited to just one style.

KALTBLUT:  Lyrics have been a feature in your tracks since you began working together. How do you split up the production of your songs?

Eva: We now have a very clear structure. Niklas is responsible for the actual production of the tracks, so he’s always looking for new sounds and working on new loops. My part is everything that has to do with vocals – writing the lyrics and coming up with harmonies and lines. We sort of feed off of each other when working on a track. Niklas plays me some stuff he’s been working on and I start improvising to it. Sometimes you end up with something useful and sometimes you start over. Generally, we both have an equal say in what goes in a track and what doesn’t. If there is an element that one of us doesn’t fancy than it’s out. We’re quite practical in that sense, because in the end we both have to like the result.

KALTBLUT: What are some of the main benefits to owning your own record label?

Niklas: Well, of course that you are completely free in your decisions as an artist. No-one tells you when you have to be done or what you should sound like. There is no pressure from outside and that really relaxes the whole creative process.

KALTBLUT: Besides owning a label together and being musical partners, you are also a couple… What are the biggest positives, and the biggest negatives to being creative business partners with your significant other?

Eva: For us it’s always been easy to work together. We spend valuable time together to work on something that we both love. We get to be creative together and we get to travel together. I can’t really think of any negative sides.

KALTBLUT: How would you describe your new album ‘Harbour’?

Eva: We think ‘Harbour’ is our best album so far. I think people just respond to it because it doesn’t shy away from big emotions. It’s an album that’s gonna make you feel at home and at peace.

KALTBLUT: What’s the most important piece of advice that anyone ever gave you that you think has helped your music and your careers?

Niklas: We never really had a mentor or someone to tell us how it all works. Sometimes I wish we did, it could have made some things easier.

KALTBLUT: How do your live sets differ from your recordings?

Eva: Niklas has worked out club versions of the new tracks for our live sets, to make the album work for the dance floor as well.  There is a clear difference from the live to the album versions and the only place you can hear the new versions is when you come to one of our shows. We want people to enjoy themselves when we play live, so there are a few big club moments in the set.

KALTBLUT:  What’s one of your favourite memories over the course of your musical careers?

Niklas: The first time you hold your first vinyl release in your hands. That’s a really special moment! It’s still great every time there is a new release coming out, but the first time is kind of surreal.

KALTBLUT: What’s your next holiday destination?

Eva: It’s part holiday part work. We are going to Thailand in March and will play some gigs there at the Thaibreak Festival. I’m sure we will find some time to chill at the beach as well.