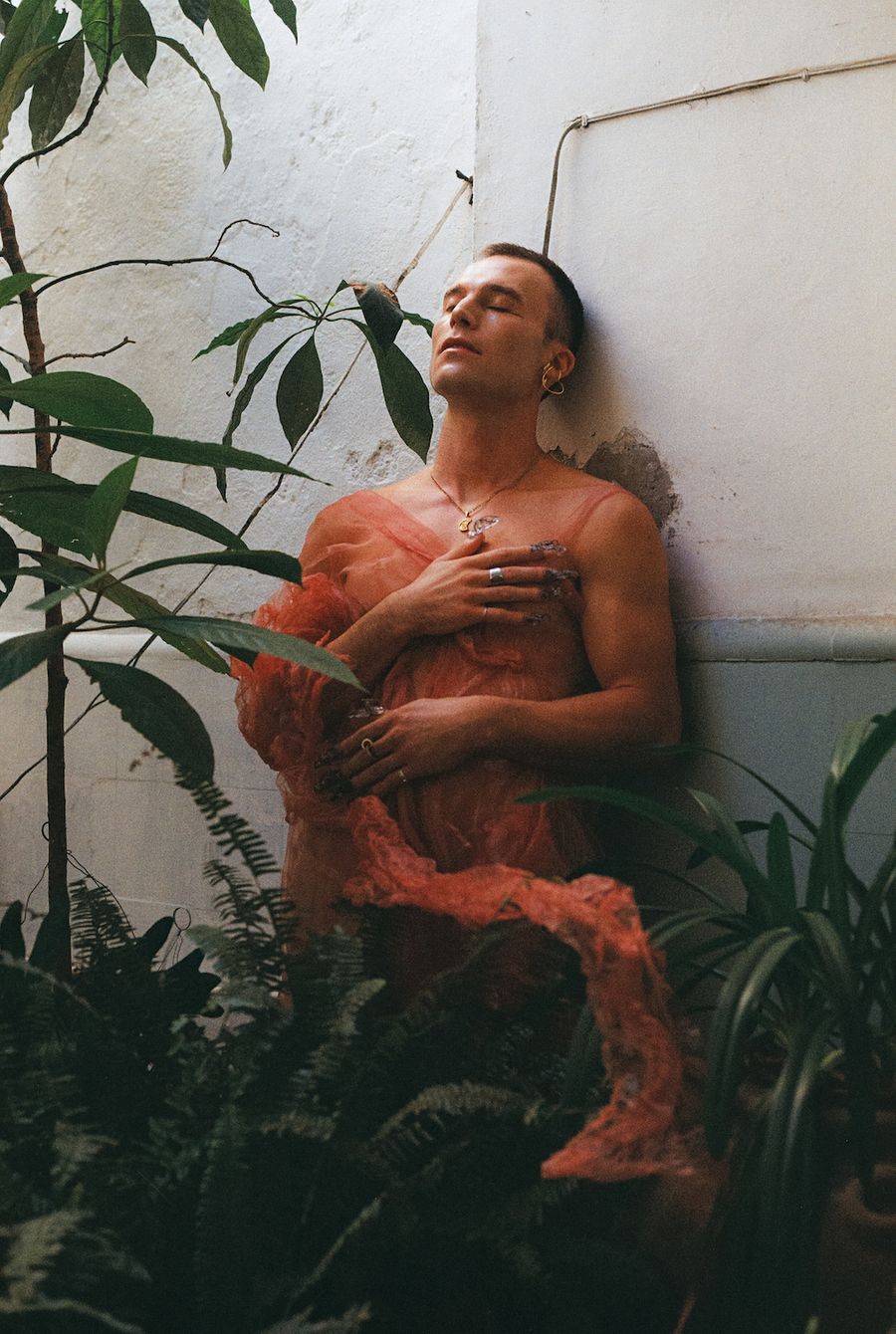 Sound Of The Week: EYIBRA

DIOMEDE is the new album by EYIBRA, the experimental-electronic project by Abraham Brody, co-produced by artist NNUX. The title is inspired by the Diomede islands, with only 2 km of distance between them even though in time zones they are a day apart, a poignant metaphor for our relationships, especially during a pandemic. The album explores queerness, the non-binary, and gender fluidity through mythology, community, and relationships.

Growing up I never had love songs about queer romance, I never saw works of art inspired by ancient examples of fluid gender expression.

The process of making this album was a way to both reach out to and heal my younger self, as well as my community and the younger generation of queer people.

The process has led to songs about heartbreak (Shape of a Rose), self-reliance (Moon Dance), community (Kinship), as well as ancient and sacred expressions of the non-binary for example ‘2Spirit’, which features and was written for artist Lukas Avendaño, a Muxe (a third gender) from the Zapotec nation of Oaxaca. ‘Womb’ is about the destruction of the patriarchy, and in ‘We are More than Islands’, a Lithuanian ritual song traditionally only sung by women has the gender changed and transforms into a fated love story between two men, with the singer in the end ‘swallowed by the earth.’

From the very beginning, there’s a feeling of uplifting melancholy, of fragility opening its way to prowess, resulting in a very haunting and inspiring experience. Even when the loops and sequences remain electronic, there’s an organic flavour to each sound emerging: piano arpeggios being sampled until their rhythm mutates, layers of distorted voices echoing and multiplying all over the soundscape, while menacing strings either pulsate in the background (as the immense “Womb”, co-produced by Kozovo) or lead the composition, only to reappear stronger later and reaffirm their place.

EYIBRA is 2022 artist in residence at the Los Angeles County Museum of Artwith the project MUXX, in collaboration with Lukas Avendaño, NNUX, and Oswaldo Erreve.

DIOMEDE is out now