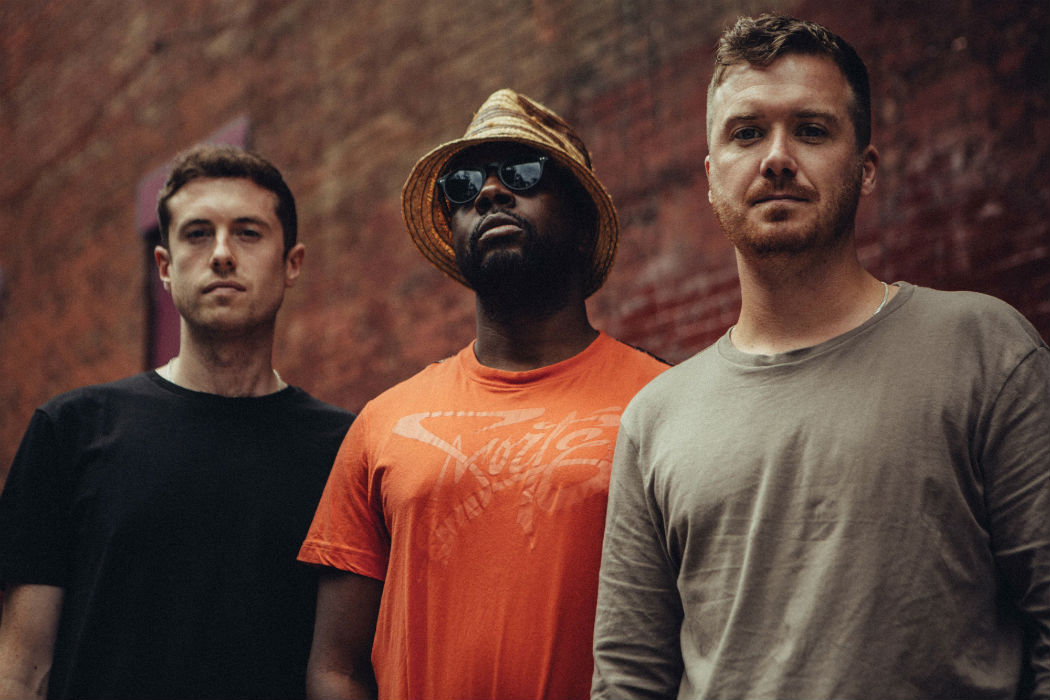 Sound of the Week: Gorgon City

After Gorgon City teamed up with musical legend Wyclef Jean on ‘Zoom Zoom’, we were keen to hear some more from the boys. The vibrant video to accompany the Wcylef lead track brings an explosion of colour and multi-layered vision mixing to old rave videos, creating a visual celebration of carnival and Haitian dance culture with a UK flare. It’s an instantly catchy and insanely addictive hit of classic bass-driven house-pop, which provides the perfect vessel for Wylcef’s iconic and famously unique vocal. It’s also one of the very few tracks shared from the house duo’s second album, ‘Kingdom’. We had a chat to Kye and Matt about some of the iconic collaborations they’ve had and what more can be expected to top off an insanely busy summer.

KALTBLUT: What has it been like working with Wyclef Jean?
Gorgon City: It’s been great. We went to his studio in New Jersey for 3 days and wrote about 5 songs with him. He’s very talented and has insane ideas.

KALTBLUT: Will the new album be a continuation of your last work, or an entirely new concept?
Gorgon City: We wanted to progress from Sirens and experiment a bit more. But we definitely have kept the gorgon sound in there.

KALTBLUT: How do you think your music has evolved since breaking onto the scene?
Gorgon City: We have been able to work with more interesting and different types of artists, and we have developed our recording and production style a lot. We love all sides of music making, whether its making Techno bangers for the clubs or writing meaningful lyrics with singers.

KALTBLUT: What is your opinion on the UK clubbing scene slowly declining? Could it just be the venues which are now being replaced by underground parties, or something else completely?
Gorgon City: It’s a massive shame, especially in London that so many amazing clubs have closed. Underground parties and the squat scene will never go away, but yes due to the lack of venues party makers and goers will have to take the matter into their own hands and keep the scene alive themselves. Our government need to make a bigger effort to keep our culture alive.

KALTBLUT: Can you see a revival coming up? Music or otherwise?
Gorgon City: I hope so. The country needs to realise that dance music is an integral part of UK culture and is also massive business.

KALTBLUT: What’s been a huge personal highlight of your summer?
Gorgon City: Our residency at Amnesia in Ibiza has been incredible. Also playing at some North American festivals like Electric Forest and Shambalah has been out of this world.

KALTBLUT: After your epic collaborations with MNEK and Clean Bandit, will you be working with anyone else soon?
Gorgon City: We have lots of interesting features on our Kingdom project, gonna have to wait and see for those!

KALTBLUT: How do you bring your music into a live performance? What is your typical stage set-up and necessities?
Gorgon City: We have a lot of gear on stage. Me and Kye have various analog and digital synths, I have a drum rack on which I play all the basslines live. We have a drummer who plays all the drum hits from our tracks live on drum pads and acoustic drums, and we have two singers who sing all our tunes.

KALTBLUT: What is next?
Gorgon City: Kingdom! And our live UK tour in October. This is a massive thing for us as we haven’t done a live tour in the UK for over 18 months.

Check out teasers taken from the ‘Kingdom’ album below