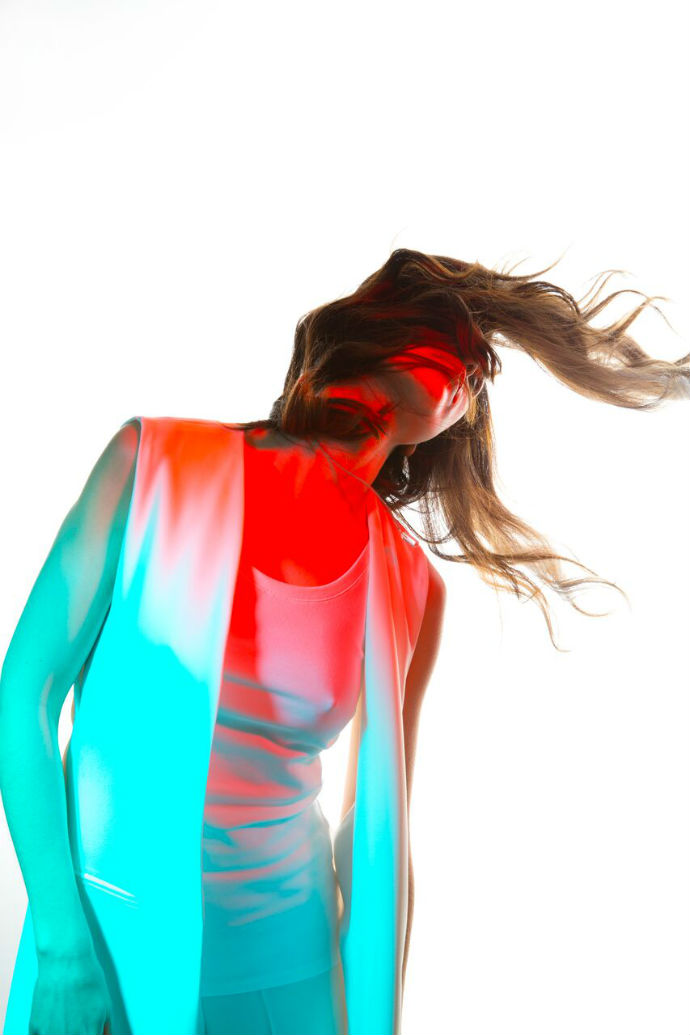 Sound of the Week: La Fleur

Don’t even think about putting La Fleur into a box. For a start, she’ s had too many twists and turns in her career to be edged into one particular corner. La Fleur actually started her working life as a pharmacist – but despite her acute understanding of laboratories, her passion was for an altogether different kind of mixing. With a slew of cutting-edge club productions under her belt garnering praise and attention from producers like Ian Pooley and Carl Craig and clubs like Watergate and Panorama Bar alike, La Fleur’ s sound is simultaneously house and techno, classic and futuristic alike. We spoke to the multi-talented producer about her musical beginnings, time in Berlin and current compilation work that we can look forward to. Don’t forget to catch La Fleur play alongside Kölsch, André Galluzzi, Marco Resmann and Metro at Watergate, Berlin on September 17th.

KALTBLUT: Let’s start from the top, what was your involvement in music when growing up?
La Fleur: My involvement and love of music as I remember began at the age of six when I started ballet dancing, and from numerous dance classes the love for music grew stronger and stronger. I turned out to be quite a music nerd, recording mix-tapes for my friends and convincing people to listen to the new music I found. Playing the flute and piano whilst growing up also helped my musical journey.

KALTBLUT: What pushed you to head over to Berlin? And how did you become involved with Watergate?
La Fleur: I was working as a pharmacist and it came to a point where I had to choose between my rising care there or my flourishing DJ career. I had the urge to start working on my own productions, so I went to Berlin for a 3-month trip for inspiration, and I’m still here… My friend and colleague Michelle Owen and I started hosting Wednesday nights at Watergate. I must have done something right because Watergate asked me to join the agency and become a resident at the club, which was an offer I gladly accepted.

KALTBLUT: How do you build a special connection between your music and the crowd you play to?
La Fleur: I like to give them what they want without them knowing what they want. To select, mix and play tracks that takes the crowd and myself on a journey together.

KALTBLUT: Tell me about your label Power Plant Records, what drove you to begin this project? And what is your mantra? Will there be anything new coming up?
La Fleur: I wanted to have an outlet with 100% creative freedom combining everything from music, to art and fashion, but with music as it’s core where everything can branch out from. This year we celebrate 5 years of excistence, with a VA compilation recently released on Power Plant Records. Coming up as final part of the celebration is the first track released on the label, Flowerhead, with new remixes by Cassy and Dana Ruh. Also we are adding items to the fashion part of the label called Elements. Right now we are screen printing by hand in Berlin and more is to be revealed soon.

KALTBLUT: You’re also included in the latest Cocoon Compilation, ‘Compilation P’, how has this experience been?
La Fleur: Beautiful. Having been a big fan of the Cocoon house and label for a long time, I was thrilled to be asked to submit a track for the compilation. ‘Chemicality’ will hit the street 23rd of September, and is a track the A&R of the label rated as ‘La Fleur’s best one so far’, so I’m excited!

KALTBLUT: What have been some of your highlights over this summer?
La Fleur: Warming things up at a freezing Melt Festival, releasing a track on Kerri Chandler’s Madhouse Records, playing a sunset gig on a boat at Odyssia festival outside Athens, my Hedione EP releasing on Watergate Records, playing at the legendary Movement in Detroit, my label Power Plant celebrating 5 years, experiencing magical surroundings at Into The Valley Festival and having a great time closing the Treehouse at The Zoo Project in Ibiza. Summer came early and stayed late this year.

KALTBLUT: A personal achievement of this year? And another planned for 2017?
La Fleur: I started working out again! It makes such a big difference to both your health and mental focus. Planning to flourish in full during 2017!

KALTBLUT: The secret to happiness?
La Fleur: Stay true to yourself.