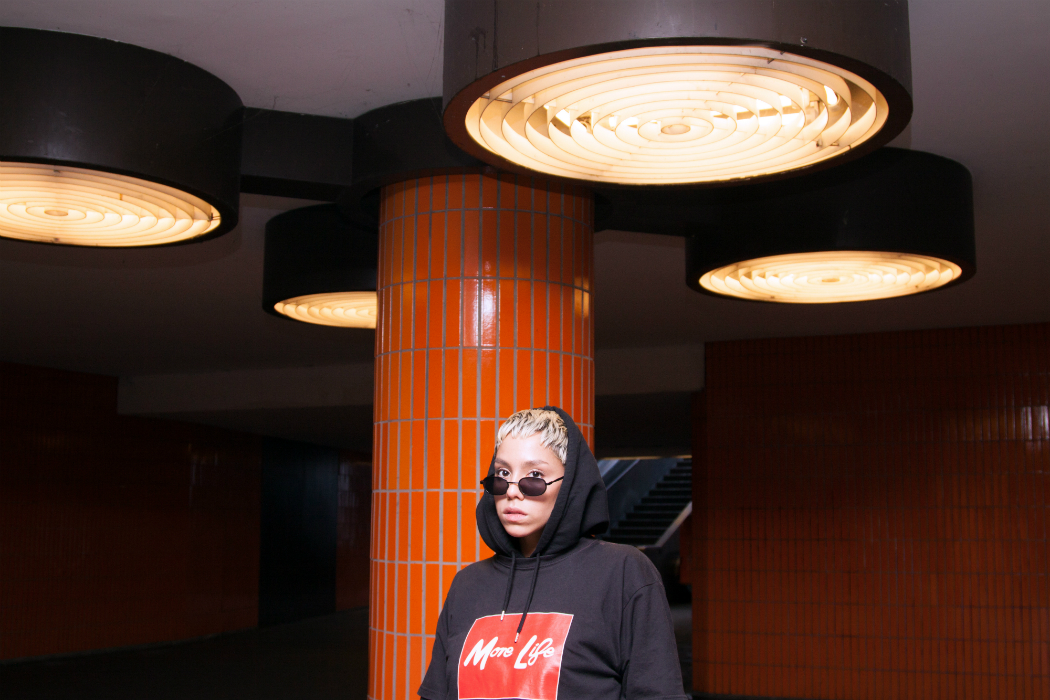 Sound of the week: Poppy Ajudha

There’s just something about Poppy Ajudha. A soul singer who came up in south London’s jazz scene, she isn’t afraid to wrestle with any subject matter as part of her creative expression. On her new EP, FEMME, she explores and expresses various aspects of love and identity, all in her signature heartfelt croon. She talks to us about making the album, how music pushes her to grow further and why her degree in anthropology makes her a better artist.

KALTBLUT: Releasing your first EP is a pretty big moment, tell us about working on FEMME – The name to start with is something of a statement, would you mind discussing it further?
Poppy: Such a big moment! I wanted to make something that reflected everything I had been thinking and talking about over the last few years, I think using the name FEMME really reflected how rooted that was in womanhood and how this intersected with my understanding of my race and sexuality as a woman growing up in London up until now. Femme is supposed to be a celebration of all the genderless attributed that make up incredible women, those attributes are not binary or linear they are all-encompassing, ambiguous and fluid, they allow us to be who we want to be in whichever way that presents itself.

KALTBLUT: Did you struggle at any points in the production process? And if so, how did you overcome them?
Poppy: I struggled on a lot of points, being dyslexic I have never been someone who understands things easily, I have always had to work very hard to be good at things, so this process was a big learning curve for me. Through it, I developed so many skills in making this EP. Always ask questions, don’t be afraid to get it wrong, keep persevering, keep pushing, keep taking up space and stand your ground on creative control and ideas.

KALTBLUT: How have you grown during this experience? What have you taken away from it?
Poppy: I’ve definitely grown a thicker skin, learned to really say what I think in order to get what I want and to be ok with an uncomfortable situation if it means speaking about something that is important to me.

KALTBLUT: Who (or what) has been a huge influence to you and your work?
Poppy: On this EP, in particular, Solange’s ‘A Seat At The Table’ was a big influence. Having said that I draw so many influences from every aspect of my daily life, I am constantly being inspired by the people and things that surround me. My degree in Anthropology has a big influencing in allowing me to articulate my life experiences and historically situate and contextualise my understanding of my identity.

KALTBLUT: How will you or would you like to alter your input with your next work?
Poppy: The more I create the more input I want to have, as I learn the ways in which I can further contribute to every aspect of my work.

KALTBLUT: Cinematically your music videos are filled with such honest and raw beauty – how did it feel presenting these visual extensions of your songs? Especially something as intimate as “She is the Sum”
Poppy: All of the visuals from my music should be extensions of the songs in the sense that they expand your understanding of that topic in a new way, they nuance it. It’s difficult to get everything you want to say across in the space of a 3/4 minute song, this is how I discuss the issues referenced in the songs further. Its also so important to me that those depictions are raw and honest, with every new song or visual you get another little piece of me, and then we grow together.

KALTBLUT: As an artist, do you find yourself at any point moving toward alternative creative outputs away from music?
Poppy: Filming She Is The Sum’s video really inspired me to want to act, I really enjoyed the process of playing a character. Maybe this is something I’ll revisit later in life!

KALTBLUT: What is the overall message you wish to portray?
Poppy: Honesty always.

KALTBLUT: Ultimate goal to achieve by the end of this year?
Poppy: Write another body of work that is as meaningful as FEMME has been.

FEMME is out now