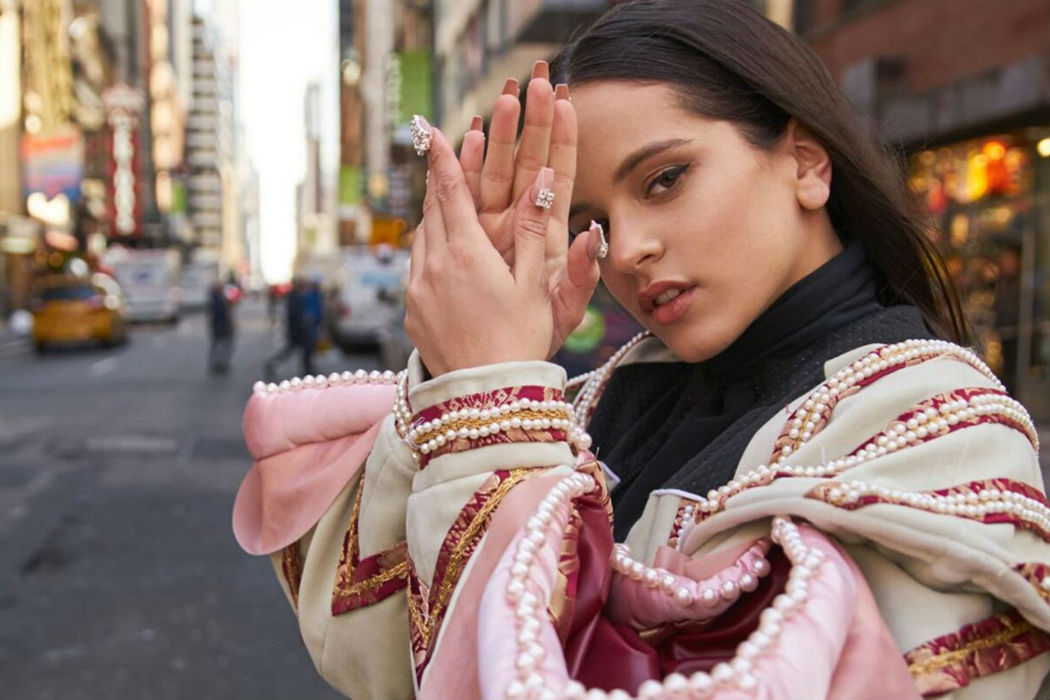 Sound of the week: Rosalía

This week we’re swooning over Rosalía: her third video instalment ‘DI MI NOMBRE’ (Cap.8: Éxtasis), taken from her highly-anticipated and just released album “EL MAL QUERER”, and not to mention her explosive performance at this years MTV EMAs. Rosalía Vila Tobella aka Rosalía is a Barcelona-born Flamenco singer, songwriter and producer. Creator of a sound of her own which has been called Urban Flamenco or Trap Flamenco, she is combining and reinventing tradition into modern day street sounds. An integral artist, both scenically and creatively she is gifted with an extraordinary voice sometimes visceral, sometimes whispered that is catapulting Spanish Pop Music on to the global stage. Rosalía was recently named “Woman of the Year” at Spain’s Icon Awards, and also made a recent special appearance with Apple’s Tim Cook. An unheard-of breakthrough in the music industry in Spain, that started last June with the launch of her massive hit-single “Malamente”, she has gradually attained worldwide recognition which has earned her 5 Latin Grammy Award nominations.

Rosalía breaks new ground when we are still recovering from the impact caused by her debut album. Flamenco singer and pop star. Integral artist, both scenically and creatively. Dancer and singer. Songwriter and producer. Gifted with an extraordinary voice and creator of a sound of her own.

Last May 29th, she took a major step. She unveiled the song “Malamente”, and since then, the ‘Rosalía phenomenon’ continues to surprise us day in day out. Shortly after release, the song was Gold-certified and racked up millions of streams.

A superb artist. She attracts the most diverse local and international figures such as Diplo, Chalie xcx, Gorillaz, Alejandro Sanz, Pablo Alborán, Juanes, Billie Elish, Niña Pastori, Diego El Cigala, Karol G, Lele Pons, Mr. Eazy and Pablo López and even the Kardashians. She has even recently worked with two giants in North and South America: Pharrell Williams (content not released yet) and J. Balvin (whose song ‘Brillo’, written and performed with Rosalía, is among the bestselling songs).

Rosalía will debut in the big screen by sharing a scene with Penélope Cruz on “Dolor y Gloria”, Pedro Almodóvar’s new film. With “Malamente” in full swing, a newly (and, again, unexpectedly) released song only comes to set further records. “Pienso En Tu Mirá” music video surpassed one million views on the day it was unveiled. Two spectacular videos by Canada Productions making instant history. And two revolutionary songs with the unprecedented sound she has created with Pablo Díaz-Reixa ‘El Guincho’. Together, they merge Flamenco with the most trend-setting electronic music.