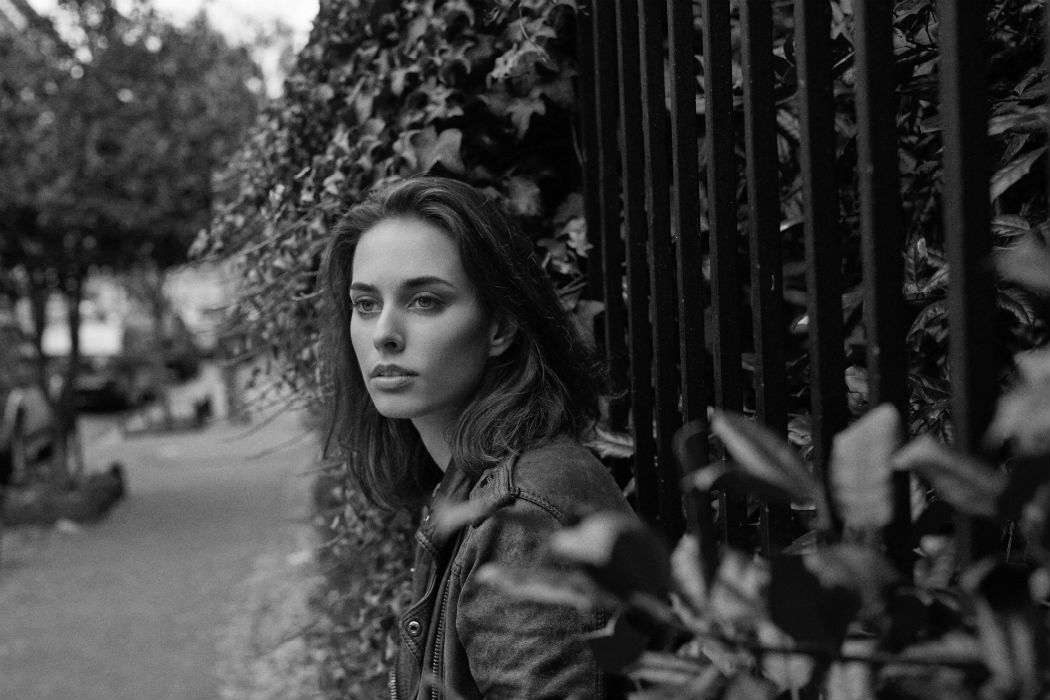 Sound of the Week: Sophie Auster

After releasing her debut at the age of just 18 in 2006 via French label Naive, Sophie Auster shows us a more mature and stronger side through her newest album, ‘Dogs and Men’ on Out Loud Music. The Brooklyn-born songwriter and daughter of two prominent writers, does not only appeal to the boys, the tough girls are sure to like her alternative-rock-pop with a bite. Take ‘Bad Manners’, a poetic song about revenge with killer lyrics and visuals inspired by the Beastie Boys. With a voice that knows she’s right, Sophie will play her new material at an exclusive concert at Kantine Am Berghain on Friday 27th November, don’t miss out!


KALTBLUT: When did you touch down in Berlin? Is this your first time visiting?
Sophie Auster: I arrived in Berlin on 11.10 and stayed to play ZDF Aspekte on 11.13. Then I return in ten days to play Kantine Am Berghain. I’ve been to Berlin a few times before. It’s a great city.

KALTBLUT: Do you have any favourite spots to visit?
Sophie Auster: I’ve been staying in Neukölln and I think it’s a wonderful and cool neighborhood. I don’t know names of specific places unfortunately but I ate, browsed, and wondered into Tempelhof airport park and it was amazing to stand on such historical ground.

KALTBLUT: How have you found touring Europe differs to that in America?
Sophie Auster: Touring in Europe can get expensive because they charge you for extra bags and when you have gear it can really be a pain. I really like touring though and seeing new places and introducing myself to new audiences.

KALTBLUT: Have any cities stuck out to you?
Sophie Auster: I just played Vigo in Spain. I’d never been there before and it’s so beautiful. The crowd there was so enthusiastic and warm.

KALTBLUT: What type of artists, musical or otherwise, have stuck in your mind recently?
Sophie Auster: I just finished an amazing historical book about incredible women artists in the 1920’s living in New York. Some of the women that made a huge impact on me were the stories of Ethel Waters, Bessie Smith, Edna St. Vincent Millay and Jane Heap.

KALTBLUT: Tell me a little about “Dogs and Men”, firstly, why the title?
Sophie Auster: The songs on the album are about men or little stories concocted from my subconscious. I like having the surreal part of the album represented by “dogs.”

KALTBLUT: The pledge video clip for this album, out of interest where was that filmed? And is that your dog? He’s lovely!
Sophie Auster: The pledge music video was filmed in down town New York in a alleyway in TriBeCa. The dog is Mona, and she belongs to my boyfriend. She is a lovable pest.

KALTBLUT: Where do you find most comfortable writing and creating music?
Sophie Auster: As long as I’m alone and it’s very quiet I can write anywhere.

KALTBLUT: You first headed towards acting, what changed this route?
Sophie Auster: I was acting and singing when I was young and they both seemed like desirable paths to me. I think ultimately music is my main passion, but I still act on occasion, and I enjoy it greatly.

KALTBLUT: Did you find that recording music at such a young age had its limits?
Sophie Auster: The first record I recorded with One Ring Zero in Brooklyn when I was 16 was something that was not premeditated for me. It was just something that happened and I did to express myself. It was very pure. I see how I’ve grown tremendously since then but there’s something sweet about capturing a specific time in your life with music and that’s what that record was for me.

KALTBLUT: Your music was leaked out into Europe before America, what was your reaction like?
Sophie Auster: I was very surprised, happy, and excited.

KALTBLUT: As you’ve grown as a person, do you feel your music has matured with you?
Sophie Auster: Definitely. I don’t see how it can’t. Growing up is hopefully also getting to know yourself more and being comfortable with who you are. It influences the writing and gives my songwriting more confidence.

KALTBLUT: Tell us about your friendship with Barry Reynolds, did you two just click when you first met?
Sophie Auster: I love Barry. He’s been like a songwriting mentor to me. I met him when I was 18 and we began collaborating together. He never condescended or treated me like I was beneath him. He made me feel relaxed and confident to try out ideas and stretch myself as a musician and writer.

KALTBLUT: Where is your home away from home?
Sophie Auster: Hotel d’Aubusson in Paris.

KALTBLUT: A book you could read over and over again?
Sophie Auster: Tender is the night by Fitzgerald

KALTBLUT: A quote you live by?
Sophie Auster: “Never do anything you don’t really want to do.”

KALTBLUT: A song to fall in love to?
Sophie Auster: “Can’t help falling in love with you” Elvis

KALTBLUT: A moment you’ll never forget?
Sophie Auster: Getting off the Aspekte stage in Berlin to hear that Paris had been attacked. I’m in Paris right now about to perform and it’s a strange time to be on tour. I will never forget this trip.