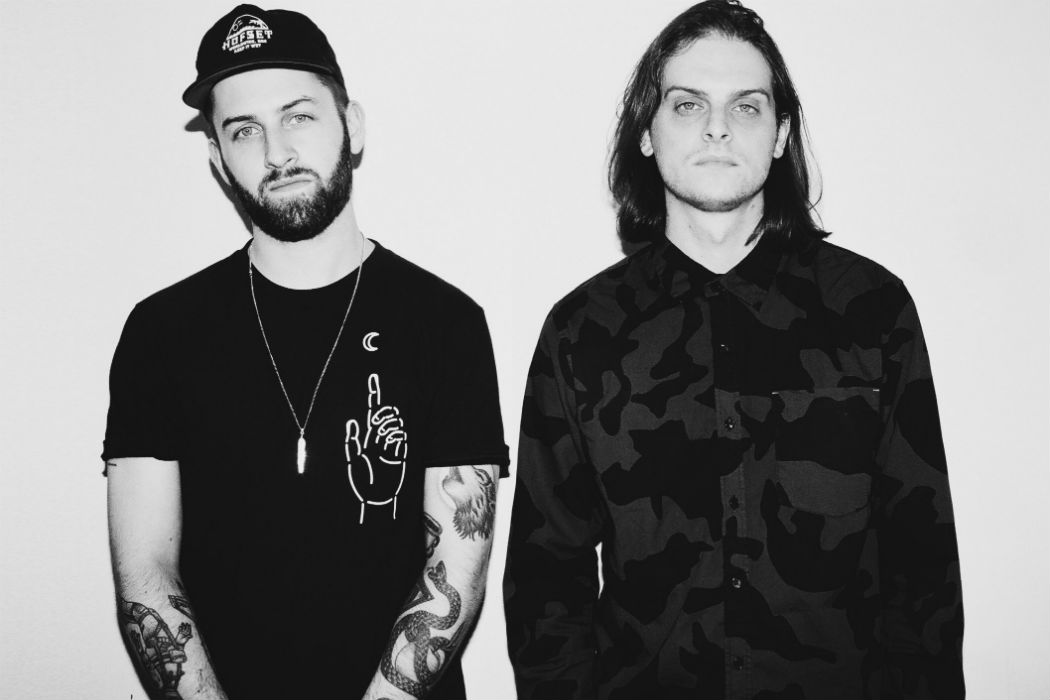 Sound of the Week: Zeds Dead

Canadian electro-house production and DJ duo Zeds Dead are back with their latest offering of ‘Northern Lights’; a whopper of an album including collaborations with DJ/producer Diplo, featuring Stockholm-based singer Elliphant, Weezer’s lead guitarist Rivers Cuomo, hip hop giant Pusha T, and fellow Canadians Dragonette. With this unbeatable Z-list at their disposal, their Deadbeats label introduced at the start of this year only to follow with an epic four-day run that Smirnoff Sound Collective brought to South Beach, Miami, we had to catch up with the guys and see just what else is left for them to do this year.

KALTBLUT: How did it feel to be working with Diplo and Elliphant on your new track? And how did you guys come together to produce it?
Zeds Dead: It felt great working with them and was very natural as we have worked with him before both as Diplo and Major Lazer via Mad Decent. Wes had started the track with Elliphant and we loved it and jumped on it and we are very happy with the end result.

KALTBLUT: What can we expect from your new album ‘Northern Lights’? Will there be any more collaborations?
Zeds Dead: Yes, we had a chance to collab with a lot of amazing people like Rivers Cuomo, Jadakiss, Styles P, Pusha T, and Dragonette. A big part of this album was linking up with different people with different styles while bringing our own style to the table to create something completely original. It was really a great experience.

KALTBLUT: Are all of the songs created specifically for this album, or tracks that you found yourself going back to and re-working?
Zeds Dead: No, we had some tracks that we had been holding onto for a long time while there are others we made during the period of the last couple of years.

KALTBLUT: How have you felt music has evolved since first producing? Do you find yourself moving more towards the “scene” or sticking to your original sound?
Zeds Dead: We have always approached music with the same mentality, making whatever we feel like doing and having fun. That has never changed and we hope that never changes. We try not to get too caught up in all the Whooplah.

KALTBLUT: When did find yourself moving towards electronic music? Was it something that you grew up around?
Zeds Dead: To us we have always considered doing what we do as electronic music. Hip Hop music in itself is electronic music. The more we produced that the more we incorporated electronic elements into it. Electronic Music is not so much a style of music but a means of composing. It has been a long evolution based upon what we listen to starting with hip-hop moving to drum and bass / dubstep / electro house / etc.

KALTBLUT: Track guaranteed to get people moving?
Zeds Dead: We have been really enjoying playing our most recent track ‘Blame’. Since we have put it out people have been starting to really get into it at our shows and sing along.

KALTBLUT: Ultimate goal by the end of the year?
Zeds Dead: Complete and release our album and shine the spotlight on some new and exciting talent via our new label Deadbeats. We’ll also be on our ‘Northern Lights’ album tour throughout the US and Europe until the end of the year.

‘Northern Lights’ will be released this fall via Deadbeats. Catch their tour dates below