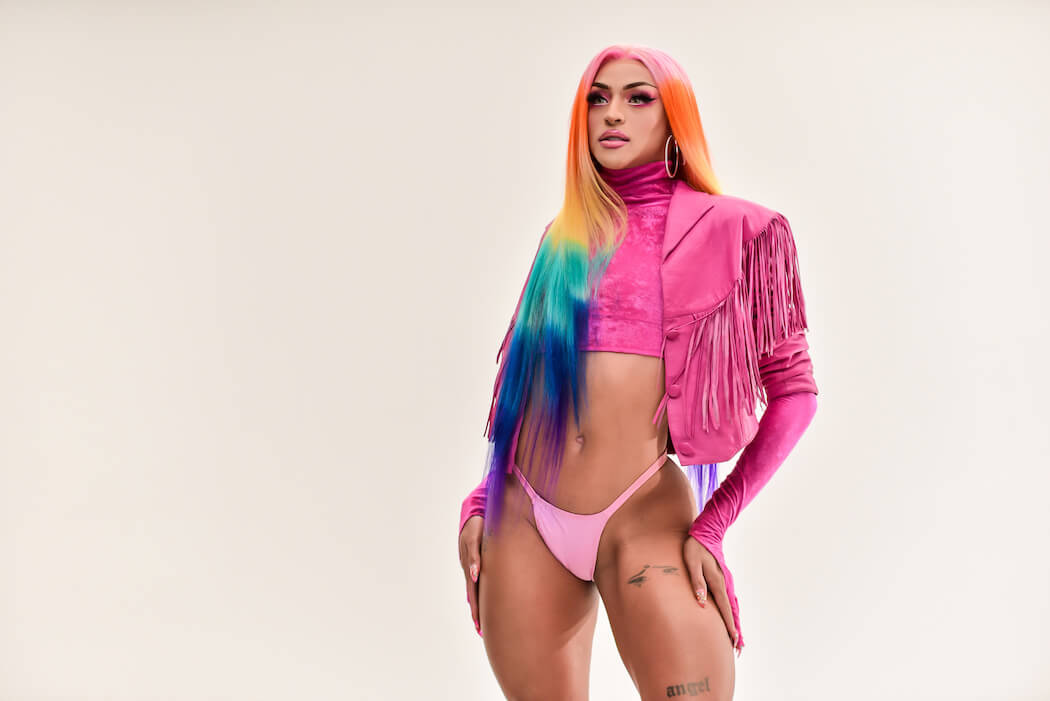 An interview taken from our #PrideIssue. KALTBLUT spoke with Brazilian and global musical sensation Pabllo Vittar, the world’s most popular drag queen. Currently self-isolating at home in Brazil, the latest COVID-19 hotspot. Pabllo talks to us about her album 111, Rosalia and she celebrated Pride Month with her LGBTQI+ community in Brazil. Welcome the one and only Pabllo Vittar at KALTBLUT. Interview by Marcel Schlutt @marcel_schlutt Photos: Special thanks to Sony Music! Follow Pabllo Vittar @pabllovittar

Hello from sunny Berlin! And Happy Pride Month to you! We at KALTBLUT are big fans of your work. How are you and what are you doing at this moment?

Hi! I’m ok, staying at home with my family in Brazil and taking care of each other during these complicated times!

Congratulations on your Calvin Klein Pride Campaign. Can you tell us how this cooperation happened?

This is our third time together, I think! We did some great content at Coachella and World Pride
together before and they were all amazing experiences! 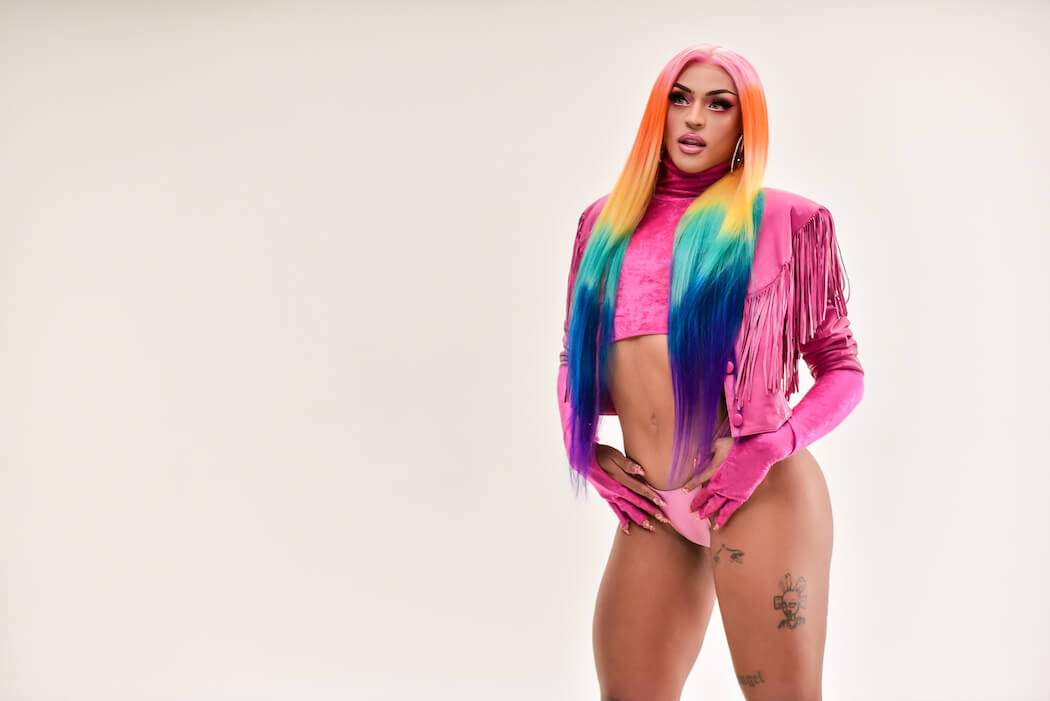 How do you celebrate Pride Month? How important is this month for the LGBTQI+ community in Brazil?

I am doing a live stream show on the 28th to celebrate with my fans, that is the main project. Pride month is always important because we are in the spotlight and we scream louder for our rights! But one thing is important, we should not wait for June to do that and we should celebrate and fight every single day!

As an outspoken artist and performer that represents the LGBTQI+ community in your home country, do you often see yourself using your platform as an activist?

For me, it is my responsibility. If you have a platform in your hands then you have to use it to make a world a better place for everybody somehow. So I’m gonna use my voice every time I can to raise awareness and fight for my community.

You’ve been proclaimed as a “beacon of hope for LGBTQI+ Brazilians” – do you ever feel any pressure with this title?

I’ve said this a couple of times to my fans and the people around me. They are the reason I am here working right now, they are the ones that give me support and the energy to do what I do, I couldn’t be myself without them. My fans are my beacon of hope, it is the opposite! We support each other, we listen to each other’s issues and we try to overcome all of this together.

Does this affect your music at all? Or does it encourage you to be bolder and more vocal than before?

As I said, this is my energy source! If I wasn’t able to share it, I don’t think I would be able to do it. So yes, it affects me a lot! 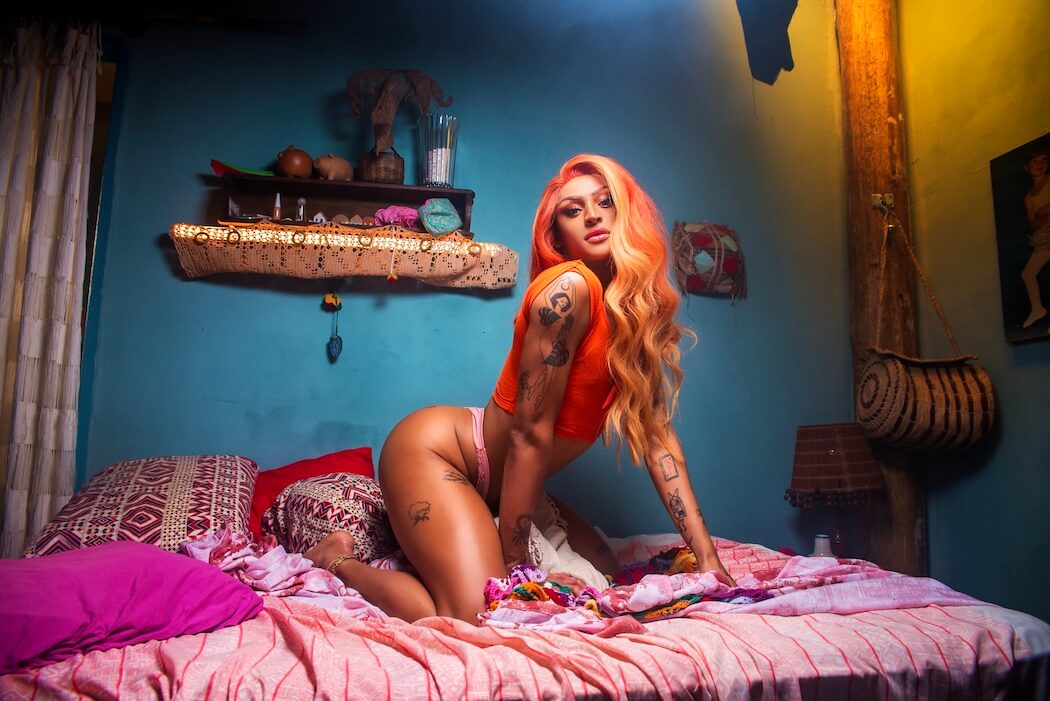 Being a political figure must be extremely exhausting. What do you do to make sure you’re looking after yourself mentally, physically and spiritually?

I’ve learned to not embrace hate or bad energies around me and focus on what is good or the growth that a bad situation can provide me.

That’s the main thing, let the hate and the bad energy out of your life and keep up with the good stuff and the good people. Hold on to what you love, stay close to the ones you love and take care of your body the way you are comfortable doing.

Could you give us an insider’s perspective on how your journey started from a little kid to becoming the “World’s Most Popular Drag Queen”?

I spent a lot of time working on not thinking that I am not good enough. That took time but I never gave up. And talking about “world’s most popular drag queen”, I really don’t think I am, that’s RuPaul and it always will be!

How did your family react when young Pabllo decided “I AM A DRAG QUEEN”?

My mom is the most open-minded person I’ve ever met! She said, “Ok, you can use my make up to practice then!” [Laughs].

What kind of advice would you give to your younger self when you look back at your life story?

Take a deep breath, calm down and keep doing your thing! 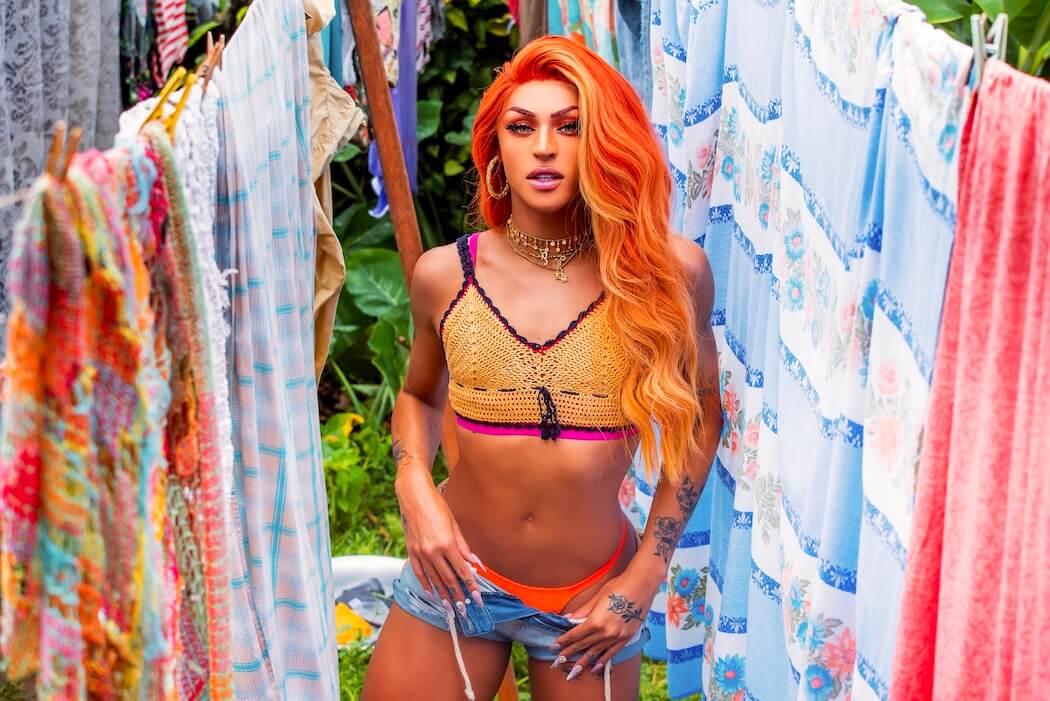 Let’s talk about your music. What would you say is the message behind your album, 111?

111 is my birth date (November 1st) and that was my inspiration about it! If you go to Pabllo’s birthday, what would be playing? 111! [laughs]. So it starts with “Parabéns” that means “happy birthday” in Portuguese and starts to grow with a lot of different rhythms and it ends with “Rajadão”!

What is your favourite track of the album? And why?

I can’t say that! It’s like asking a parent what would be their favourite child, you know? They are my babies and they will always be!

What inspired you to incorporate English and Spanish lyrics along with Portuguese that your fans are used to?

My fans, for sure. I did a tour in Europe, North and Latin America last year and I was amazed by my local fans trying to learn Portuguese so they can sing at the shows and so that we could speak to each other! After that, I decided that it was time to make that effort myself. I am still learning and I think it will take some time to reeeeally speak English and Spanish, but I can sing and I am now able to have conversations with my fans.

Along with bringing in multiple different languages, this album dabbles a lot of different musical styles and genres. How do you look at the importance of “genre”? Genres are important but it’s also important to mix them, to try new things and I love to do that. I love Latin music, I love global pop music but I also love regional rhythms of Brazil, so I’m always trying to mix them all up and create something “new”.

You’ve had some outstanding successes in your career. What’s one of your favourite moments so far?

OMG! I think it was performing at the 2019 EMA’s. That was a dream coming true for me! And in the end, I went to Spain, performed and won an award for Best Brazilian Act. I was the first Brazilian to ever perform and the first drag queen to get an award. That was one of the happiest days of my life! 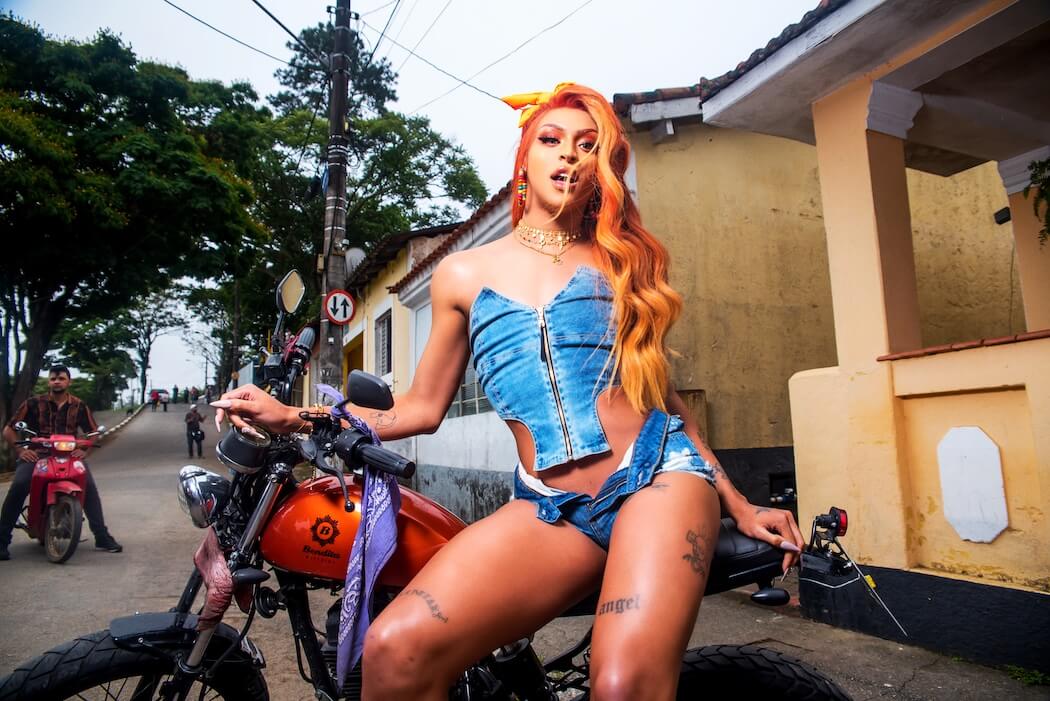 What do you think your success says about the music industry as a whole, in terms of mainstream acceptance of queer artists?

That it is starting to change but we still have a long walk ahead of us.

How do you feel about representing your country in the Latin music scene?
I mean you made history in 2018 as the first drag queen to be nominated for a Latin Grammy. How did that make you feel when you found out the news?

When I got that news I couldn’t stop screaming at my manager’s face! [Laughs]. He was the one telling me that! And you know, I feel blessed to be the first [drag queen] nominated but I hope that we will have a lot of LGBT+ artists nominated and winning the Grammys. There is a lot of super amazing talented LGBT+ artist all over the world.

We love your music videos! You deliver spectacular bold and sexy looks. Do you see a link between music and fashion? And how important is fashion for you?

For me, especially as a drag queen, it is super connected. The music wouldn’t be complete without an amazing video serving faces and makeup and looks. And the looks wouldn’t be the same without great music! [Laughs]. They are ways that I have found to express myself.

One last question: Who are some artists you would want to collaborate with next? I would love to see you together with the amazing Rosalía!

OMG! ROSALIAAAAAA! I love her and I would love to do something with her! We’ve met a couple of times in festival and awards and she is so cute and amazing! Rosalia te quiero y te extraño mi amor!