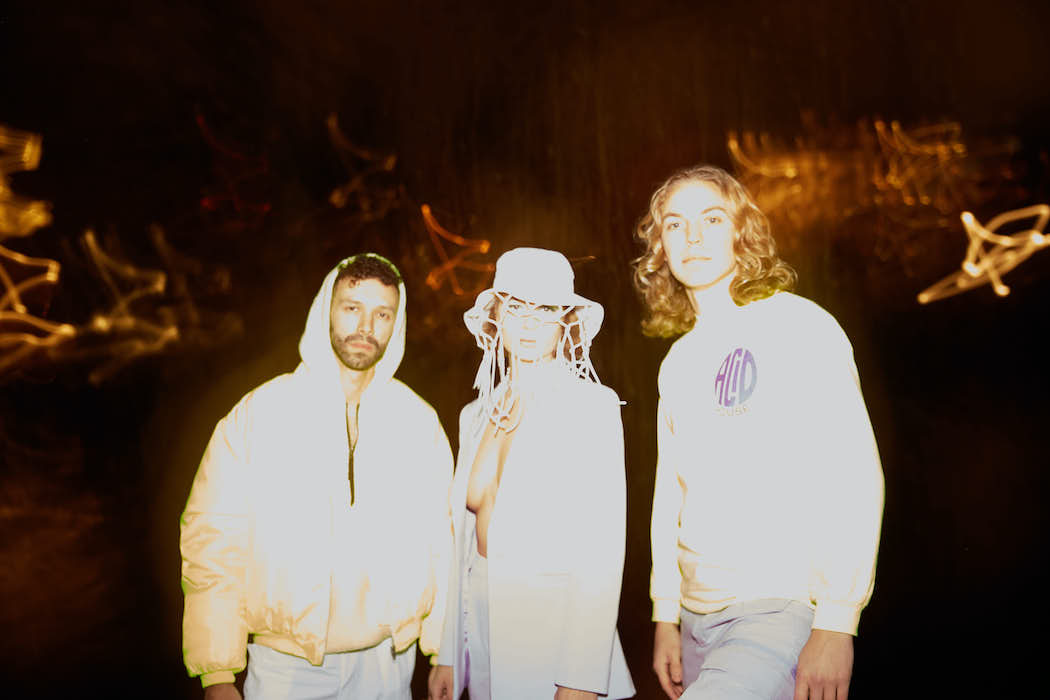 One of the most exciting new acts to arrive on the Danish music scene, Takykardia’s debut album Better is a sensual, yet brutally honest journey into the mind and soul of mesmerizing frontwoman Luna Matz. From fierce rave vibes with energetic beats to cinematic grandeur with spherical textures and refined interludes, Better is a rare release that raises the bar of experimental pop music. To celebrate the release, Luna put together a selection of role models and female musicians/songwriters who aren’t afraid to speak their truth. “I’m done with not talking about “private stuff”,” she says. “Because with “private stuff” comes shame. And with shame comes loneliness. At least to me.” Better is out today on Turbulence and Pharaohs.

SZA
“Her album ‘CTRL’ has been such an inspiration to me. SZA really knows how to verbally paint a very clear picture of the settings and moods in her songs. It’s brutally honest and crossing so many (usually) intimate boundaries. Especially the songs: ‘Supermodel’, ‘Drew Barrymore’ and ‘Garden (Say It Like Dat)’ blew my mind when I first listened to them. I’d never heard any woman confess vengeful adultery in such a direct way in a song before (according to SZA herself, her ex partner heard it for the first time, when he heard her album!!), and it’s even the bloody opener of the album (!!!) ‘Supermodel’ : “Let me tell you a secret – I been secretly banging your homeboy. Why you in Vegas all up on Valentines Day?” , or when she sings about “small issues” like “I’m sorry I don’t shave my legs at night” (‘Drew Barrymore’). Or when singing to herself about being in love, scared, anxious and feeling completely inadequate and insecure in ‘Garden (Say It Like Dat)’ : “You know I’m sensitive about havin’ no booty, havin’ nobody, only you, buddy” – even though SZA appears to the public as an extremely talented, beautiful, fierce and powerful woman – with a booty.”

Connie Constance
“She got us all singing along to the phrase “You want Coca-Cola figures!” in her song ‘Fast Cars’. I very easily fall for these kind of metaphors that are taken directly out of our everyday-life and so effortlessly make every listener imagine something that visual.”

Arlo Parks
“She is so unbelievably gifted. She sings to her audience at eye level – you never doubt what she is singing about and why she is singing it. I mean, she has the skills to make hook lines that go like this: “Let’s go to the corner store and buy some fruit. I would do anything to get you out your room” in her song ‘Black Dog’ which by the way named after Winston Churchill’s term for depression. Wow!”

Billie Eilish
“There is no artist at the moment who has the ability to make young people feel more seen than Billie Eilish. Her covid-19-song ‘My Future’ enlightens an optimistic, positive view on the loneliness that the terrible pandemic has brought along. It can also easily be translated into the life of everyone who’s single and actually being happy about it: “I know supposedly I’m lonely now. Know I’m supposed to be unhappy without someone. But aren’t I someone?””

Erika de Casier
“A wonderful Danish/Portuguese artist – freshly signed to 4AD. She sings in a calm, sweet tone about her everyday-life. When listening to her album ‘Essentials’ from 2019 I feel like I am in her apartment. On the tune ‘Good Time’ she sings about a lover who cannot put his phone down for one sec and she just really wants to have a good time (“Don’t write it in a message, just say it to my face. ’Cause we don’t live forever – better recognize real things”). If you listen to my band Takykardia’s album ‘Better’ you’ll know, that “I fear the time I waste alone on my phone” very, very much.”

Check out Takykardia’s new video for ‘Ode To Angst’ below and listen to their debut album Better: https://orcd.co/takykardiabetteralbum