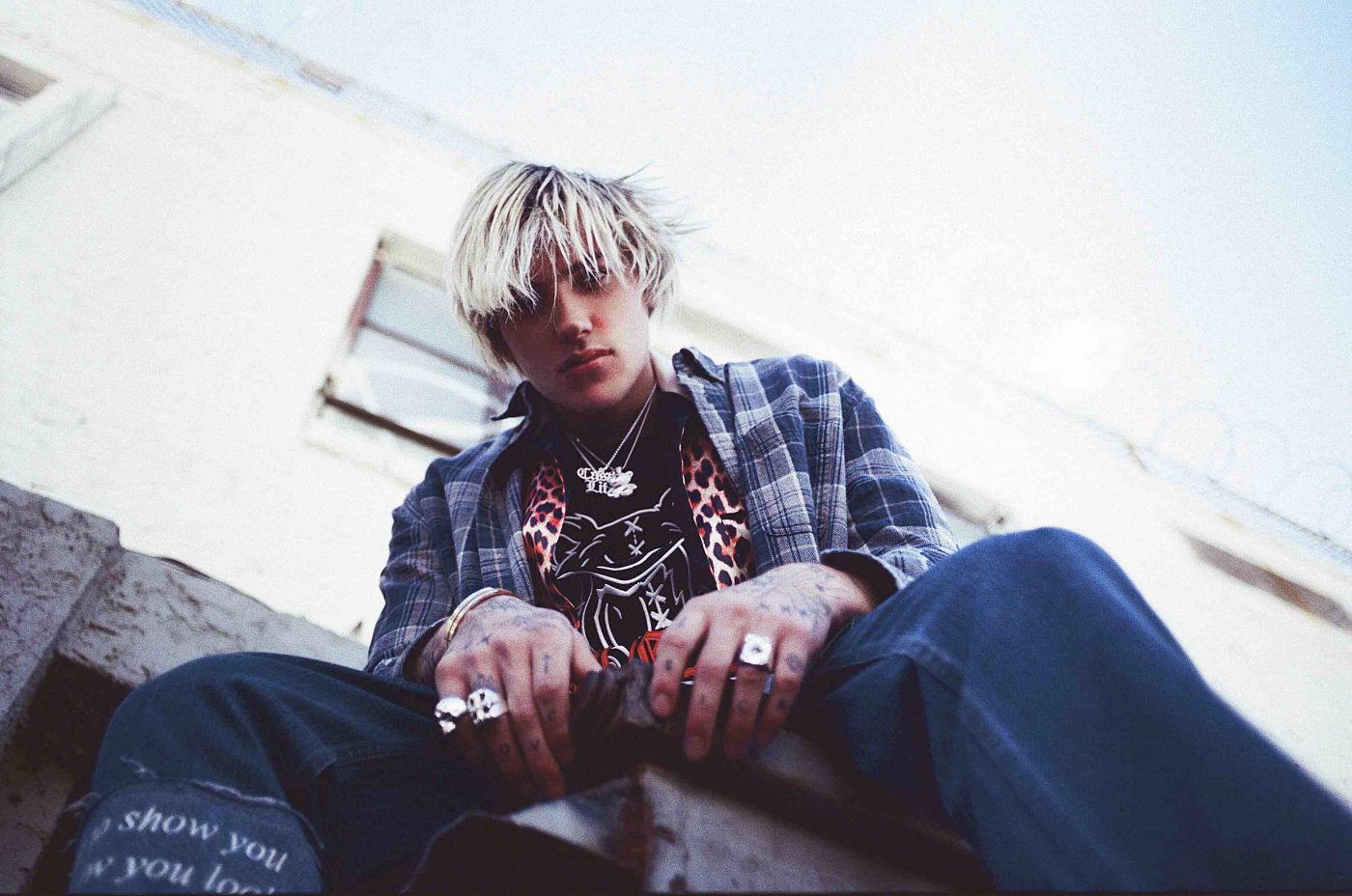 As a Gen Z artist, Teddy doesn’t fit into one lone musical category. Despite his affiliations within the ’emo-rap’ scene, having worked with Smokeasac, the late Lil Peep, Rich The Kid and ILOVEMAKONNEN, one of his singles last year was picked by Radio 1’s Daniel P Carter as ‘Rockest Record’. With a crazed and loyal cult following, Teddy is a budding artist embedded within the cultural shifts of how young people consume music today. In celebration of his self-titled debut album ‘Teddy‘, and in memory of one of his biggest inspirations, the young artist put together his top 5 Kurt Cobain moments.

“This performance sticks out to me because there were rumours going around that Kurt was too sick to perform, but he came out and trolled everyone.”

“This interview is legendary to me because he carried the interview so normally as if he was supposed to be holding and feeding his daughter during it. ”

“I heard in an interview that the first time he dove into the drumkits was so he could break it entirely and the band could get a new kit. But it was just so lit he did it a few times. it takes a whole different level of not giving a fuck to dive into drumkits.”

“Kurt always had a crazy stage performance, he knew how to keep the crowd engaged while being beautifully reckless at times.”