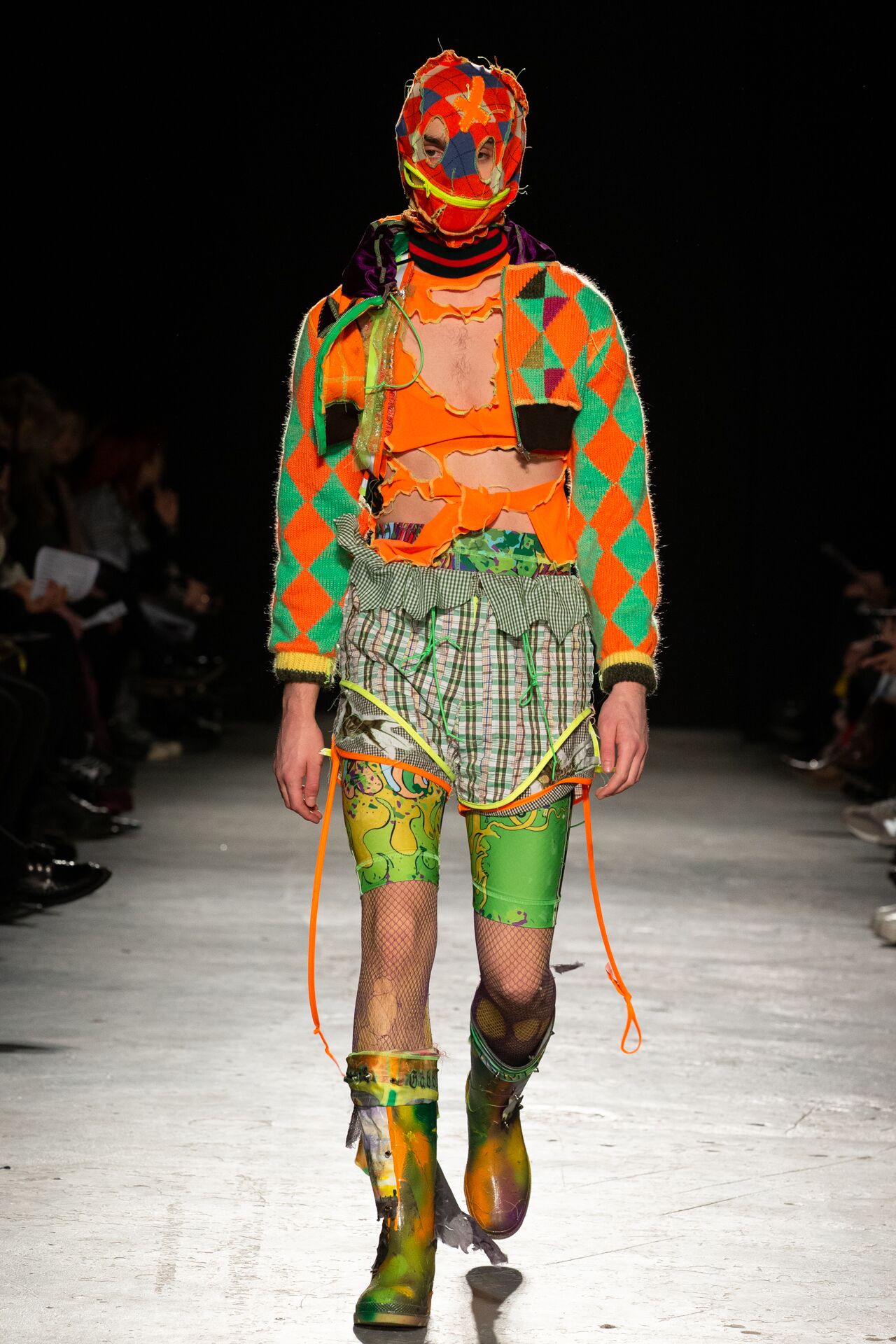 THE CLASS OF A/W20: A WESTMINSTER FASHION STORY

Graduate shows to press and industry are like Gucci belts to influencers. Everyone wants to potentially witness the birth of the next McQueen or John Galiano, to explore the new generations’ ideas and philosophies, to discover their take on the world around us and of course, to be completely and utterly blown away by their (usually) expressive collections.

One such show being the Westminster Fashion BA in conjunction with London Fashion Week aligning students with the larger international fashion calendar and ultimately, a larger international audience. With noteworthy alumni from Vivienne Westwood, Christopher Bailey, Liam Hodges and Robyn Lynch to name a few, there are some major Manolo Blahniks to fill.

Thirteen collections made their LFW debut, A simplistic offering from Brandon Choi opened proceedings, who explored the process of toiling exposing the beauty of the raw, unfinished works-progress. Serving us shape, structure and sensitivity.

Followed swiftly by Vane Bon’s desigsns in a feminism meets fetishism collection inspired by heroines of retro-futurist films. Ultra-feminine silhouettes converge with sharp tailoring, while volume is mixed with structure and luxurious fabrications contrast alongside hi-tech materials to create a fusion of sportsluxe glamour.

Jonty K Mellman gave us a more psychedelic ensemble for his menswear collection entitled Countryside Rave Art Project. In which crusty ravers melt together with the characters of the British countryside in an acid-fuelled frenzy. Think of a colourful field where tweed meets terrorcore and acid techno meets argyle.

Last but by no means least, Dominic Huckbody and his eulogy to the friction between intimacy and autonomy, closing the show with a timeless menswear collection featuring delicate burnt-out knit, heavy washed denim and pristinely tailored suiting. Having interned with Givenchy, Martine Rose, JW Anderson and Wales Bonner it is easy to see how Huckbody has taken what he’s learned and brought it together in a beautiful offering that feels overtly feminine without losing a shred of masculinity. Bravo. One to watch.