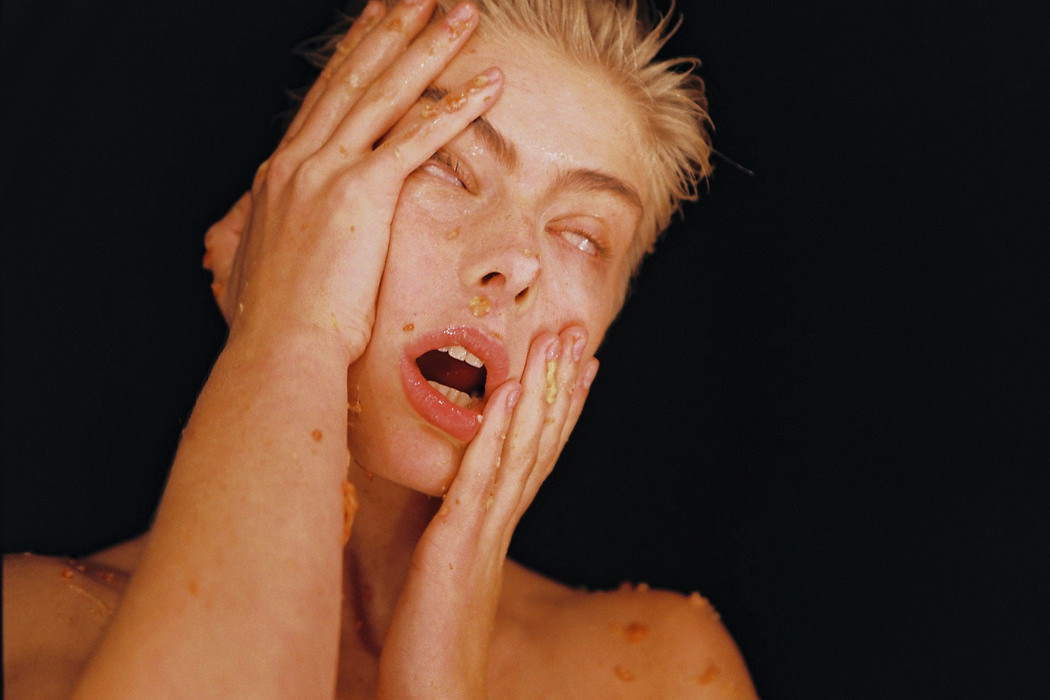 This Artist Duo’s Take On Control! Being by Esmay Wagemans and Thomas Gurney-Champion

Amsterdam based visual artist Esmay and DJ/Producer Thomas came together for their new film project ‘BEING’. The film shows a woman who is in search for control over her body and extreme emotions. She decides to reject human relations and rely on her independence and individuality. As a result, she derives her sexual satisfaction from a fruit, however, along the way she notices the difficulties of being completely independent and struggles with her new craving for this fruit. As she loses control over her own mind and body, she realises that her control and individuality may not be so natural as she thought. Thomas and Esmay attempt to make people reflect on contemporary individualism and existentialism.

Thomas recently started these collaborations, in which he works together with various artists and produces the music for art projects. Thomas loves to approach music in an abstract manner and give his own musical interpretation to various art forms, and this particular film with Esmay is the first part of a series of projects. As a visual artist, Esmay uses film and photography as a main medium to translate her research and feelings. For her, emphasising with something is the only way to create something, her projects mainly focus on the female body. She has an obsession for weird or even creepy images, and likes to give people food for thought.