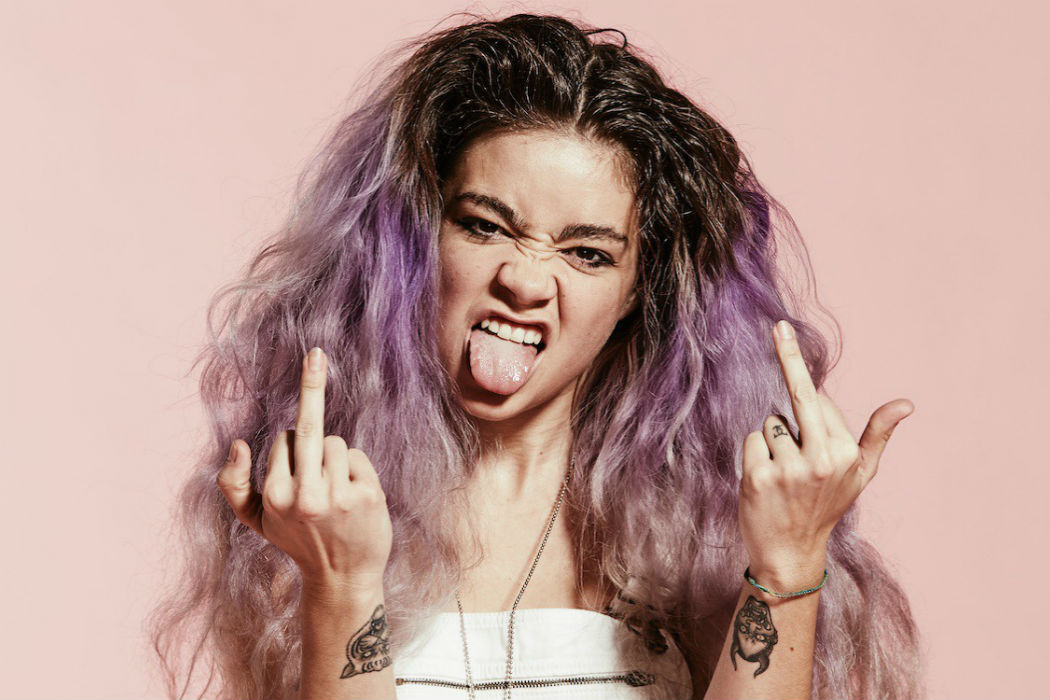 Top 5 Fresh Faces of the Month

For this month’s freshest faces here at KALTBLUT we’ve picked five new acts who have caught our attention. From cult Instagram star and audiovisual artist POORGRRL to fast rising new Danish trio Noréll, we’ve put together a list of the artists you need to tune into keep an eye out for!

Appearing for the first time on Instagram in 2014, POORGRRRL is the culmination of the Miami based artist Tara Long’s worst dreams and best nightmares. As an online identity or IRL, POORGRRRL challenges viewers and listeners with convoluted lyrics, and a lo-fi “fuck it” demeanor. In October 2015, shortly after her premier performance at iii Points Music Festival, she released “Triptic,” an 11-minute music video, ending with the single “we Trashy.” It ignited a debate amongst YouTube and Reddit users over the artistic validity of the work. During Art Basel 2015 in Miami (December), after appearing on the cover of the Miami New Times Art Basel edition, she installed audio/visual work at the “Littlest Sisters Art Fair” (Spinello Projects), and performed alongside Shamir at The New Contemporary Art Museum (ICA). In 2016, she has performed at the International Noise Conference in Miami, Okeechobee Music Festival and alongside Le1f. Her debut EP, PITIPARTI, is a collection of her work so far.

Church, the debut EP from rising artist and multi-instrumentalist Kelsey Lu, is out now via True Panther Sounds. To celebrate the release, Kelsey Lu has released a brand new video for “Empathy”. The EP’s title comes from its unique recording process—Kelsey Lu recorded live in a single take at the Holy Family Roman Catholic Church in Greenpoint, Brooklyn with her cello, her voice and her loop pedal. Kelsey Lu recently played a very special Church show June 16 at Holy Family Roman Catholic Church in Brooklyn, where the EP was recorded; opened for Florence + the Machine and Grimes on two nights at Brooklyn’s Barclays Center; and played alongside Florence + the Machine, Kendrick Lamar, Kamasi Washington and Jamie xx at London’s Hyde Park. Born in Charlotte, North Carolina, Kelsey Lu left home at 18 to study cello. Now based in New York, she has collaborated with, and contributed to albums from, many of her peers including Blood Orange, Kelela, Wet and Organized Noize.

Copenhagen’s fiery newcomers Noréll seek to provoke and inspire with the primal pop debut ‘Howl’, which dropped this July via No3 Records, co-written by one of the year’s hottest Scandi-pop artists and fellow label signee KIll J. A series of chance encounters in Copenhagen’s Østerbro district found producers Nichlas and Viktor enamored with Maríe Louise’s distinctive voice, after they struck up an instant affinity for electro music and large, explosive melodies. By swiftly delivering on these musical sentiments, with a track that effortlessly evokes complex and contrasting feelings of aggression and fragility – across a mere three minutes – the trio has produced a powerful first impression. Maríe Louise elaborates on how these raw emotions transmit through the lyrics in the aptly titled song: “They portray the wild erotic side of humans and their pursuit of satisfaction. ‘Howl’ deals with the consequences of acting on your primal instincts. Putting your own needs and desires before everything else and the vulnerability and self-loathing that often follows once you’ve satisfied them.” Already standing toe-to-toe with a plethora of musical heavyweights such as Robyn and Seinabo Sey, this fiery and distinctive trio are set to cause a stir.

In addition to touring Europe numerous times with his instrumental power trio STEARICA, as well as working as a session player with several Italian acts, Davide Compagnoni has been hard at work developing his electrifying new solo project KHOMPA: an adventurous mix of drumming, electronics and cutting edge drum triggering technology. KHOMPA is a unique audiovisual live act whose main elements are: a drummer, a conventional drum kit, 4 drum triggers, a laptop and a stepsequencer. KHOMPA’s live show will also be enhanced by an innovative custom lightning set that will be controlled by the same triggers used for the music. This is the first album to ever be recorded live in this way, which is a monumental achievement in itself, however KHOMPA has managed to find the perfect balance between style and substance. ‘The Shape Of Drums To Come’ is a consummated and diverse release with a title that embraces the punk-meets-electronic attitude of the record, as well as the innovative side of the project itself. This album will have a clear appeal to the music tech crowd, but there is also a lot to be taken away from the album for those who know nothing about its methodology and everyone in between.

Kidaudra has a knack for making spellbinding electropop. Her music has been described as “nothing short of magic.” It’s a signature blend of dark sweetness, a subtle mix of Grimes and Depeche Mode. Kidaudra is a female producer, singer, and songwriter based in Peekskill, NY. She has partnered up with Brooklyn’s Drink More Records to release her album on July 23rd. She is playing a full schedule of summer tour dates, all while being pregnant and kicking ass during her live shows. Now, I take it as my personal mission to make people dance. I make all my music alone in my apartment, but believe me, I’m jumping up and down and dancing while I produce. A track isn’t right until I know it pumps. So, I hope “Blue Human” makes you want to shake your ass. You can expect more dance grooves from Kidaudra in the future. This is my life.”