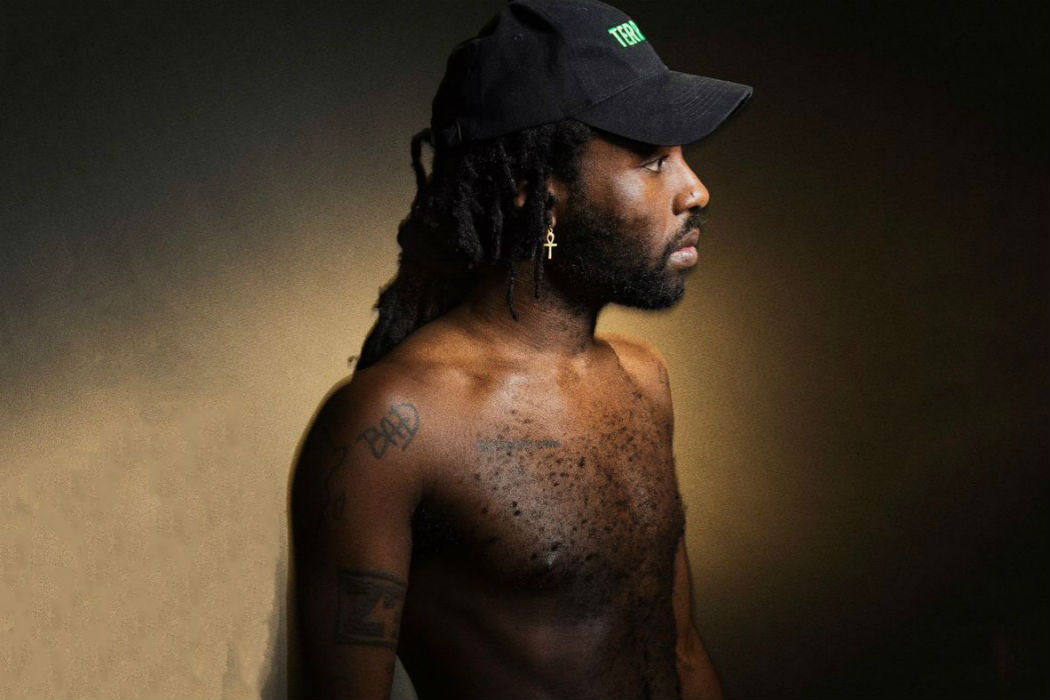 Sunday is finally here again, and we’ve gathered the weirdest and most wonderful videos that have been released this week for your viewing pleasure. Witness Nite Jewel have a party for one, déCollage in a kaleidoscope, Balcony enter a Lynchian inspired world, Blood Orange speak for the under-appreciated and Porches perform in a pastel paradise!

Oh how I have waited for more from you Nite Jewel! Taken from the latest album, ‘Liquid Cool’, Emilia Kurylowicz’s sparkly, retro-infused clip is just what I thought Ramona Gonzalez genuinely spends her weekends doing – dancing around on rooftops and drinking some bubbles. Who wouldn’t want to do that?
@NiteJewel

Directed by Aaron Long, the video for ’Better Things Pt. 2’ is a kaleidoscopic dream! Formed in 2009 by Moon Magnet Studio’s ringleader, Reed Fuchs, déCollage is hardly a four-piece, as over 20 of Denver’s most creative musicians chose to participate on the album Magnetize, including members of Rose Quartz, Sound of Ceres/Candy Claws, Rubedo and many more. Not only does déCollage throw an immersive and interactive live show, their new album is getting released through Moon Magnet’s Lunadrifter, the collective’s synesthesia-inducing  smartphone app. As the listener draws to the record, it’s impossible to hear a song the same way twice; kaleidoscopic fractals follow and affect the music with filters and FX… it’s even possible to slow, speed, or reverse every song and send the remix to friends!
@déCollage

Balcony are a London based four piece drawn from three continents. They manage to effortlessly blend their electronic hooks and guitar riffs into some beautifully warm and dreamy art, joining the likes of Alt-J and Aquilo at the forefront of credible pop. When you hear the music it’s no surprise to learn how they are building up such a strong following supporting the likes of Joe Fox (A$AP Rocky collaborator) and Matt Owens (Noah and The Whale). “The director was inspired by music videos and films of Spike Jonze like Bjork’s ‘It’s So Quiet’ and ‘Being John Malkovich’ and some work of David Lynch, especially Twin Peaks and the recent film Love by Gaspar Noe.”
@Balcony

After a surprise release of his album ‘Freetown Sound’, Dev Hynes debuts his self-directed and edited video for ’Augustine’. Capturing himself playing instruments in an empty apartment and dancers on the rooftop, Hynes can also be seen stood in front of the flag of Sierra Leone, painted on a wall. Though the LP was originally slated to arrive July 1st, Hynes announced its early release Monday night on Twitter. “SURPRISE!” he wrote. “My new album Freetown Sound is OUT NOW across all formats.” He also added a note about his collaborators: “feat Ava Raiin, EmpressOf, Debbie Harry, Bea1991, Starchild, Ian Isiah, Nelly Furtado, Ta-Nehisi C, Kelsey Lu, Carly Rae Jepsen, Zuri Marley. My album is for everyone told they’re not BLACK enough, too BLACK, too QUEER, not QUEER the right way, the underappreciated,” Hynes wrote earlier this month in a note posted on Instagram. “It’s a CLAPBACK.” Freetown Sound will be available in physical form on August 19th.
@BloodOrange

Directed by Daniel Brereton, the video clip for ‘Car’ is the 26th installment in the UO Music Video Series seeing the band perform in a dreamy and surreal live performance of the track. Set with soft lighting, synchronized dance moves, and fuzzy rugs, the video is a delightfully silly collaboration between Aaron and Daniel. “Aaron sent me a list of ideas, they were just one-word things or references, and we shaped the idea from there,” Daniel says. “I think the best thing about working with Aaron is how playful we can be just trying out ideas. That is the best kind of collaboration.”
@Porches