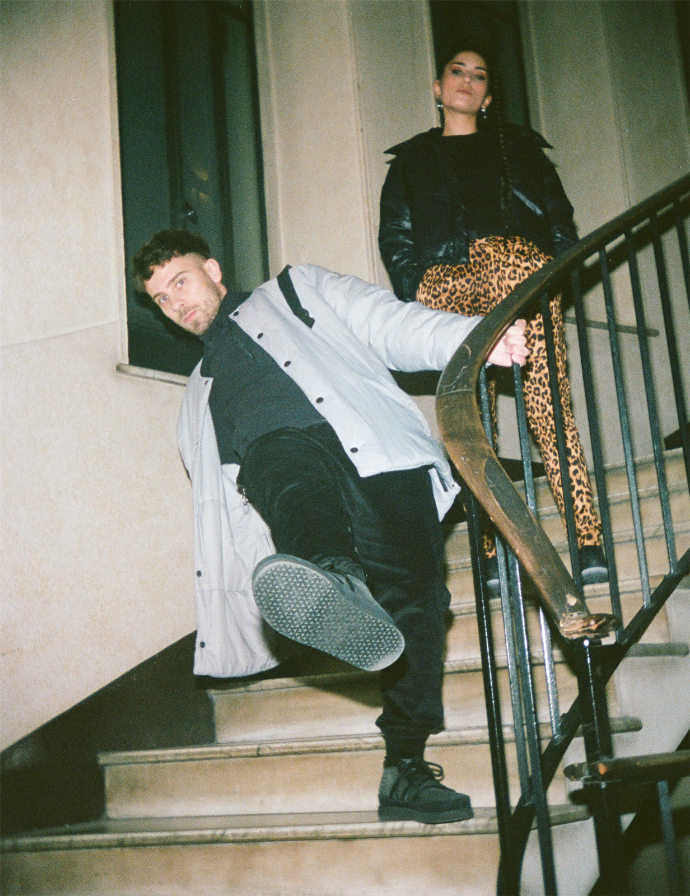 Time to treat your eyes to our top video finds from the world wide web! Lycoriscoris takes flight high above the clouds, Yuki Ame takes on Greek mythology, YOMBE capture their relationship, Magnea explores the darker side of love, and FlexFab shatters all limits.

Bristol’s Yuki Ame joins up with video artist Georgina Brinkman (ZOOX Collective, London) for the beautifully trippy visuals for ‘Mykonos’, from recent EP ‘Anamnesis’ via Panel. “‘Mykonos’ marks the beginning of an ongoing AV project between Yuki Ame and ZOOX, incorporating music videos and live projected visuals,” says Brinkman on Dummy. “This video considers an island as a universe in itself, and takes its point of departure from the Greek myth of how the island of Mykonos was formed. It is said that, here, Hercules slayed three invincible giants and as they fell their petrified bodies formed the rocky terrain of the island. We were interested in how this ancient myth was diluted and distorted through its online retelling, losing its oral origins and becoming something digitally permanent.”

YOMBE – ‘My Veins Are Roads’

Shot entirely by Jon Bronxl using a NISHIKA 3D film camera is YOMBE’s  official video for ‘My Veins Are Roads’. Taken from the album ‘GOOD’, released November 2017 on Carosello Records, the Italian duo explain that on C-Heads that on the video, “We pay tribute to Mickey and Gus from the Netflix Original ‘Love’ on the new single. After taking inspiration from the messy onscreen relationship, producer Alfredo Maddaluno and songwriter Cyen sought to capture their own relationship in the video for ‘My Veins Are Roads’: “We wanted to be the main characters of the video without acting or playing a role but just trying to be ourselves.”

After a two-year hiatus Television Rocks is back with the debut release of the Scandinavian band Magnea, produced by Berlin-based, Iranian artist and producer Maral Salmassi and released as a mini-EP including the original song ‘700’ and three remixes. ‘700’ starts with a heavy bass drum to weave a steady rhythm accompanied by a whipping snare, carrying the high and glassy sounding female vocals. Magnea’s sound is an authentic interpretation of pop but instead of following the rules, Magnea bends them and sets its own standard within this genre. The single is accompanied by an intense exploration of a couple in a twisted relationship, spiralling into abuse and self-harm.

The Swiss producer FlexFab showcases a marriage of multiculturalism with the release of ‘Places’ – a sonically expansive single accompanied by a set of formidable, sense-shattering visuals. Armed with a cutting-edge combination of twisted rhythms, bewitched electronics and destructive bass, FlexFab has set himself apart through his unique visual identity. His eclectic blend of odd-tronica melodies and dynamic soundscapes are not afraid to break the boundaries of the beats genre, instead choosing to create his own unique brand of bass music. The single also features vocals from Suiko Takahara aka The Venopian Solitude; her haunting voice delicately fusing with the experimental production.