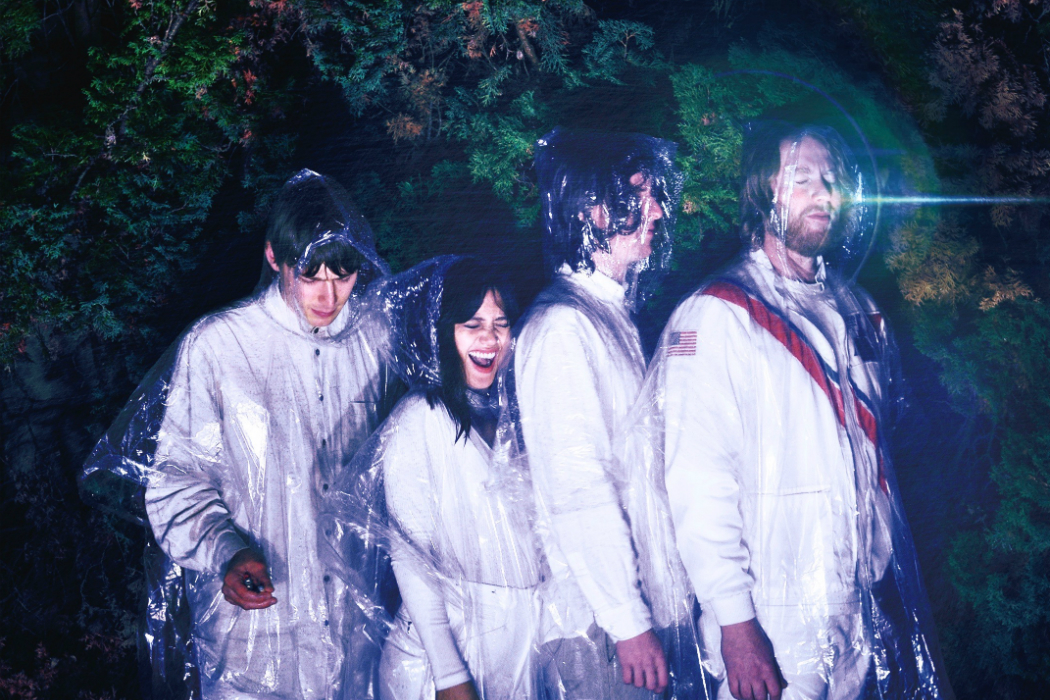 Top 5 videos of the week

It’s that glorious time of the week again where you get to watch our top 5 favourite finds on the World Wide Web! Wet Dream create a beautiful multi-sensory experience, KIDS N CATS take a visit to Taiwan with Lupa, C.O.W. 牛 combine forces with Alxndr London for their first ever feature, Danny Mulhern explores the fragility of life, and Mitski takes full control of her emotions.

Portland, Oregon-based “deep end” dream-pop trio Wet Dream premiere the official video for their single, “Groove Plug”. Filmed in a geodesic dome constructed almost entirely of mirrors, ILIOS Interactive is the collaborative space built by Jonathon Mooney (Other Lives). The single’s reflective and obsessively vulnerable narrative ties the gorgeous and kaleidoscopic visuals into a cohesive, multi-sensory experience within itself.

After “France” and “Germany”, it’s “Taiwan” this time! All songs of the current album “11 Tracks” by Austrian Band KIDS N CATS were created while travelling the world. 11 songs to 11 countries! So it’s fitting that the current single is called “Taiwan”. “Our new baby ‘Taiwan’, the song was a collaboration with the wonderful Taiwanese artist (designer & musician) Crystal Lupa and the video was made with much love by our friend Elias Carranco in and from Mexico! This song is a hymn to the food in Taiwan”

C.O.W. 牛 are a German-Chinese electronic act and digital art project. Not only does their music reflect a new zeitgeist, but also their appearance and form. It’s not a coincidence that C.O.W. 牛 chose the incredible Alxndr London for their first ever feature. Like two suns – centred midst their own artistic and audio-visual universe – something grand had to happen once these two artists collide. Starting off on melancholic chords, you’re dragged into the pushing, outward pressing beat-landscape before you know it – only to find yourself sobering up on calm, beautiful sounds, slowly transferring you in a state of contemplation. C.O.W. 牛 and Alxndr London not only deliver a new concept for what a song can be but provide the right video for it: kidthecolor captures the dance that translates the song’s episodes into an ineffable spectacle. Glitch introduces the listener to a greater body of work which will be released later this year.

Danny Mulhern – ‘Weight of a Nation’

Acclaimed British composer and multi-instrumentalist Danny Mulhern returns with a new EP Safe House for 1631 Recordings. Following on from 2017’s full-length debut, Reflections On A Dead Sea, Safe House acts as an accompaniment to Danny’s previous Metanoia release and continues his series of collaborations with players from the London Contemporary Orchestra. Safe House employs elements of electronic music to the sound design, most prominently on the track Weight Of A Nation; the pizzicato strings emulating the percussive, melodic techno of Pantha Du Prince a merging of styles that feels completely effortless. The video for “Weight Of A Nation” was directed by Helga Fannon, “My film is a dreamscape that suggests the human potential for metamorphosis, which is most manifest in the transition from child to adolescent.” She explains, “This is contrasted alongside cycles of sameness, of strangeness, and more linear processes of gradual growth. Mulhern’s score is both impish and profound, playful and serious, just like childhood experiences and dreams themselves.”

Proclaimed as the new avant-garde of indie rock following the release of the album Puberty 2 in 2016, Mitski returns to Dead Oceans with Be The Cowboy on August 17 to present lead single Geyser with an accompanying video by Zia Anger. Mitski’s carefully composed songs are often portrayed as emotionally rough, overflowing confessions of a feverish girl, but in her fifth album, Mitski introduces a persona that was previously implied but has never been so present – a woman with complete control. “For this new record, I experimented with narrative and fiction,” says Mitski, although she hesitates to go so far as to say she created full-fledged characters, revealing, “a very controlled icy repressed woman who is starting to unravel. Because women have so little power and showing emotion is seen as weakness, this ‘character’ clings to any amount of control she can get. Still, there is something very primordial in her that is trying to find a way to get out.”