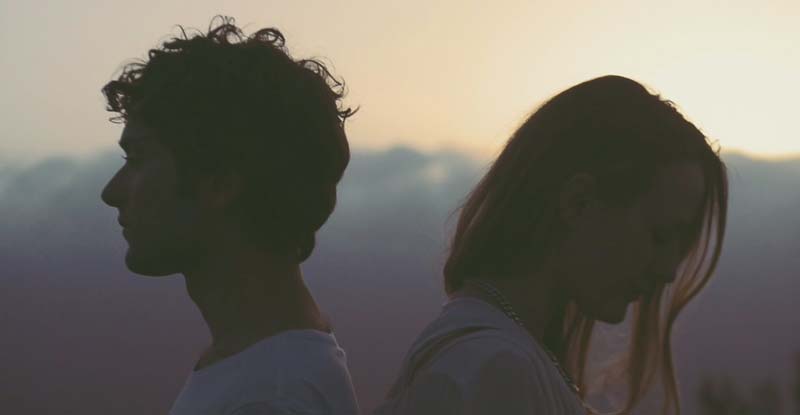 Hello again KALTBLÜTER! It’s that time of the week again where we pick some of the best and newest videos from the past few days, so you don’t have to scroll endlessly through the internet. We have some vintage visual treats for you this time around – enjoy!

This is possibly the most beautifully made video KALTBLUT has ever featured. Shot with a Super8 camera and combined with a technique of layering and compositing b&w film to create a kaleidoscope of vivid colours as a homage to Kodak’s early colour film processes, this is Briana’s first ever music video. Within only a few seconds of watching, the visuals create this whole warm, fuzzy, nostalgia feeling – seriously, watch it and see! Perfectly complimenting Briana’s song, the video was directed by Christin Turner who describes it as, “the torrent of emotions associated with falling in love as blips and signals reaching through the darkness, sparking a supernova of light, motion, and beauty.” Visual swooning all over the place.

Filmed in the beautiful settings of northern Morocco, ‘Water’ is Rainer’s lead single from their debut album of the same name. Directed by Alexander Brown, the band spoke of the video and went on to say, “Whenever you decide to make a music video, there’s always a feeling of experimentation and discovery – but in this instance it definitely felt like a real life adventure. The title of the track inspired the journey – a friend told us about a town in the north of Morocco called Chefchaouenn where all the buildings are painted blue so we spent the whole budget on flights and a hostel and headed out there. It’s a very unusual atmosphere shooting a video, halfway up a Moroccan mountain, chasing the light with just two other people. The landscape and countryside were spectacular – so many incredible and unusual places to explore. It was certainly a shoestring challenge, but it was a trip well worth taking and a great exercise in guerrilla film making.” I can’t watch this video for more than 20 seconds without being incredibly jealous. Look at that blue city, it’s insanely beautiful!

One of KALTBLUT’s favourites, Le Very, have been let loose in Rome! Glazed in a summery Instagram filter (maybe Mayfair?), the video sums up nicely the ups and downs of a night out abroad. I’ve also just realised I’ve turned this into an accidental travel guide… Anyway, there are definitely some strong ensembles involved – those heels though! And who could forget the two lovely full time dancers of the band. The guys are finishing up their debut album named ‘V’ for this August, but in the meantime you can read our interview with them right here!

DYN – Can I See You Again

All about the retro video clips this week! This video is also from a Berlin-based band, led by singer Teresa Tomas. Created using found footage, Laura Cuello layers and manipulates a selection of home movies from what looks like the 70s/80s, perfectly in sync to the beat. Little is known about this super fresh band, but they’re currently melting sounds and music ideas out of many different influences and 3 nation​alities (Spain, Germany and Brazil) and are in the studio recording their debut EP.