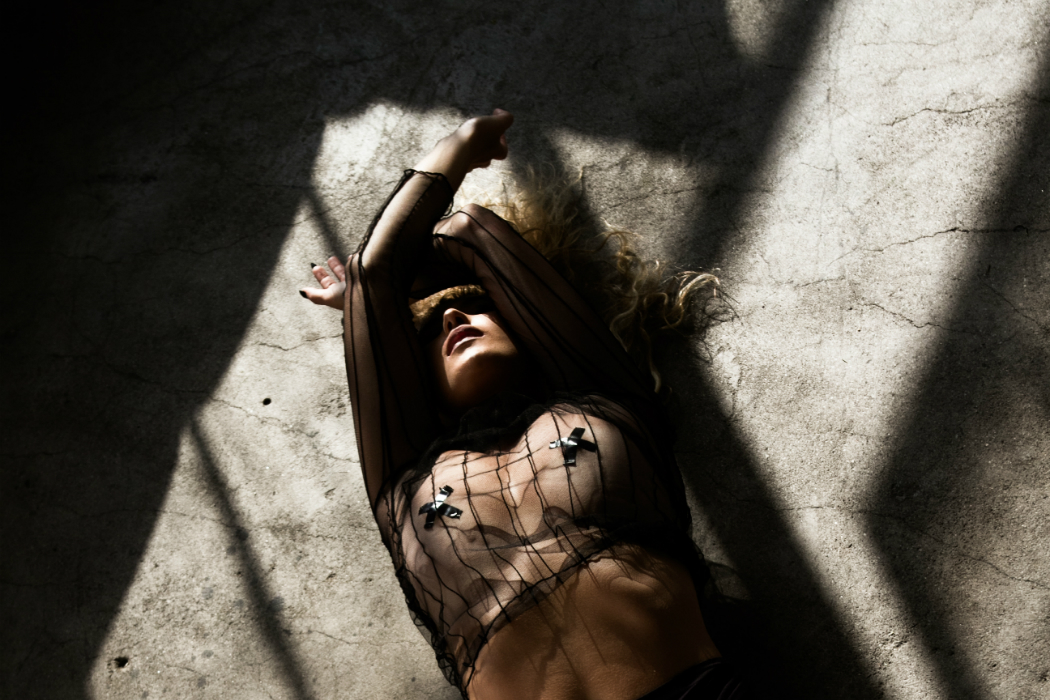 Propelled by her female empowerment narrative, poetic lyrics, psychedelic textures and enticing and expansive voice, Serbian-Swedish recording artist, Alezzandra, introduces her rich spectrum of emotion and eroticism with ‘Bad Woman’, taken from the upcoming EP, ‘The Black Rose’. Co-produced by Alezzandra and Nathaniel Eras at Chrome Space in downtown LA, amidst a hotbed of creatives, and mixed by Mehdi Hassine, the theme of the EP hails from fairy tales, as their improbable and “unnatural” colour inspires a powerful feeling of mystical expectation. Black roses in many cases symbolise the loss of a loved one, but in this case, represents the beginning of a new journey into unexplored territory. Take that first step into the unknown with the sultry sound of ‘Bad Woman’.

“The night I wrote ‘Bad Woman’ I was very angry and I felt done. This song has an impact on me and finishes my story The Black Rose. This song set me free from this little, lost girl I was and changed me into the life of a woman. This song is dedicated to the man who made me change myself and hear myself. He taught me so much about myself even though he never knew or meant to do so.”

The song also represents my fight with demons. In ‘Bad Woman’ the pure vocals contrast with disturbing, dark screams that are attempting to overpower each other; that is me fighting with my demons. By the end of the song, you hear two voices responding to each other. For me, this metaphor represents when I was given away from my past to my future, and I became a woman, a bad woman, the woman I wanted to be, not that little girl who had no power or confidence. He had to disappear from my life and I had to change, I started a new life. I became ‘The Black Rose’.”