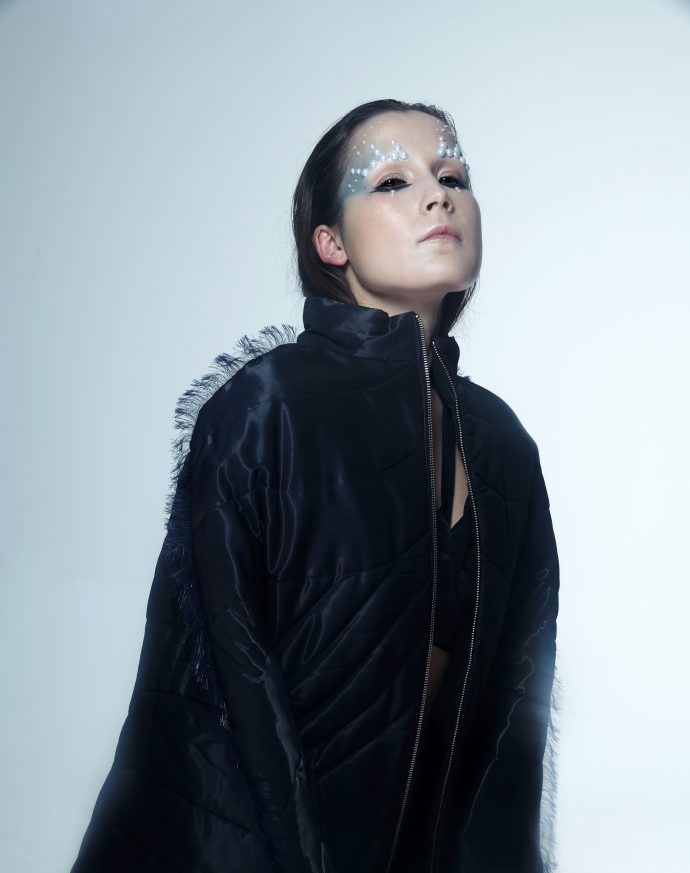 Delhia de France is back with her sophomore EP Oceanides. Teaming up once more with Robot Koch, Delhia’s own sound emerges even more clearly here. Between warm, fluid synths, heavy, tribal drums and melodic leads, which at the same time feel pleasant and disconcerting, Delhia de France paints shadowy images with each of her four songs, whose dichotomy dissolves without ever being able to put the finger on it. With piercing drums and haunting choirs, the anthemic new single ‘Tremors :Nemesis’ evokes a destructive rage that can only create new beginnings. The perfect introduction to Oceanides, which will be released on June 26th.

“Tremors is a song about self-emancipation and breaking free from old patterns. We all carry so much pain and suffering in us handed down from generations – as an individual and collective – and sometimes it takes a (personal) tremor or shaking ground to wake up from this. As old as it sounds: we can only heal together and to do this we have to heal ourselves first”

The motif of ancient goddesses that Delhia likes to use in her visual work also defines the artwork and concept of Oceanides: being water nymphs in Greek mythology, they are creatures with seductive voices and dark secrets, benevolent helpers and merciless guides of fate – the four songs carrying on their names and meaning,

“I feel drawn to Greek mythology because it’s an endless source of imagery explaining mundane concepts in a beautifully poetic way, making them something divine. It creates closeness and connectedness in a world where much feels separate, especially often ourselves from each other”.

Producer, writer, performer, visual artist – Delhia, who lives between the stirring metropoles of Berlin and Los Angeles, designs every aspect of her creative oeuvre herself. At first glance her output seems limited to only 2 EPs, a closer look reveals quite an impressive oeuvre of collaborations that reads like the who-is-who of underground dance music. She has worked with the likes of Adriatique, Steve Bug, Deadbeat, Robag Wruhme, Fur Coat and others. Adriatique delivers an emotionally engaging club remix for the single Tremors: Nemesis which already caused a lot of attention in their DJ sets. The EP comes with more club reworks by renowned artists like Monkey Safari, Fur Coat and Janus Rasmussen of Kiasmos.

Having recently performed at one of the most prestigious showcase festivals, the SXSW in Texas USA, Delhia will play some selected concerts and festivals around Europe and the US in 2019.