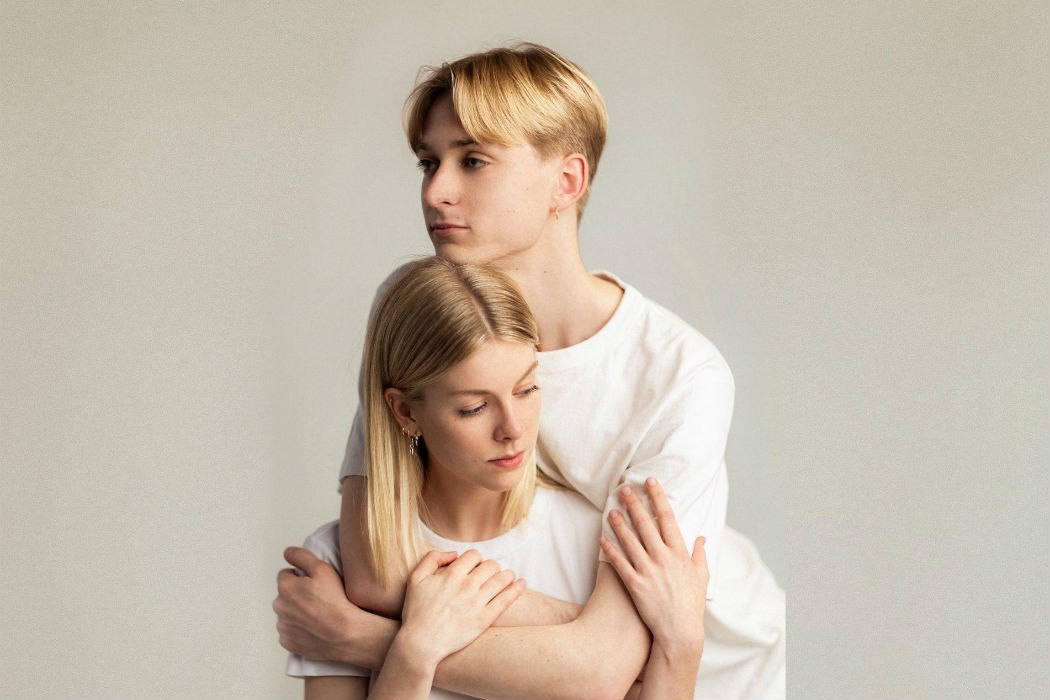 Hemm are Juice Webster and Robert Downie: two kindred spirits from Melbourne who were initially drawn to each other out of a mutual desire to explore new musical territory, but who soon became deeply intertwined and inseparable as musical soulmates. Their shimmering new single ‘Hair’ is a breathtaking lesson in minimalism and poise, where every element is tuned deliberately to the track’s purposeful narrative. It picks up the thread laid by late-2018 single ‘Skin,’ and acts as further evidence of Hemm’s quiet transformation into virtuosos of minimalist ambient pop. “You are not who you seem to be,” intones Juice, just as the track blooms into its sublime choral climax. Of the track, Juice says, “It’s about the feeling of betrayal that comes with supporting someone who you come to realise doesn’t deserve your support.” The new single follows a recent support slot for Japanese Wallpaper and is the second song to be released from an upcoming EP due in March. Fans of Lyves, Bearcubs, and Le Son should immediately add these two to your playlists.

“Hair is about believing in a person, and then finding out they’ve had you fooled for a really long time. It’s about the feeling of betrayal that comes with supporting someone who you come to realise doesn’t deserve your support. The lyrics at the beginning of the song explain a feeling of exhaustion and disenchantment. Then they open up to tell you why, before closing with a warning that the truth will always reveal itself.”

All photos by Trudi Treble