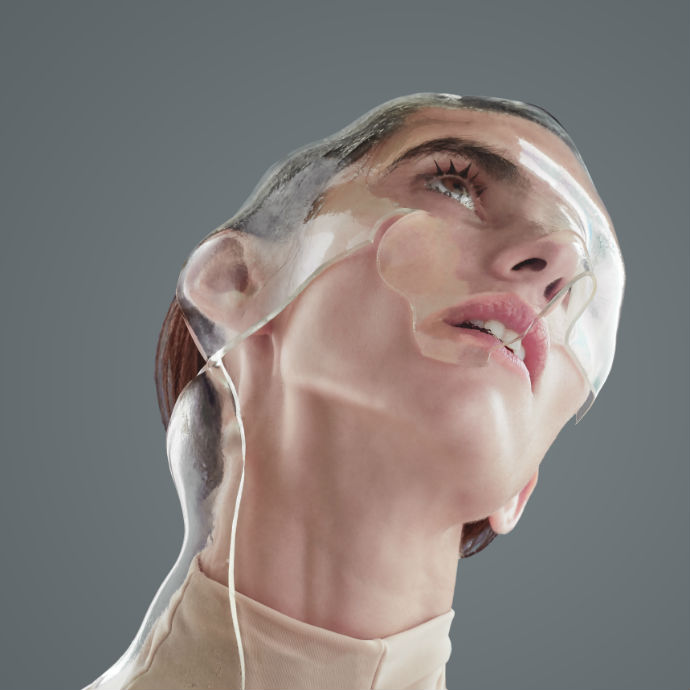 IOKOI is a blur, constantly playing and pushing the barriers of reality and unconsciousness. Negotiating her identity on stage while being in constant dialogue with the audience. Abstract videos are over imposed on her body whilst performing, supporting her singular sounds and ethereal haunting voice which are at the core of her work. Within her latest works IOKOI fluctuates through spaces in between hyper- and cyberealism touching the depths of our inner self, underlining the passages between silence and music. Time to get ‘Lost’ in IOKOI’s world.

IOKOI’s fluidity on stage allows her to perform on different platforms, improvising at live silent movie screenings, composing soundtracks for movies. She is also one of the creative heads of the Milano based collective MADAM. She’s played in Switzerland and Europe, has toured China twice and appeared in one of Zurich’s legendary “Stadtsommer“ concerts in 2013 – where she also presented an interactive installation RESET IN/TO SILENCE (resetintosilence.net) in the city’s botanical garden. Yohji Yamamoto, has chosen one of her tracks for his 2012 fall/ winter collection trailer. In 2014 she’s been involved in the experimental dance theatre project “TSIB – The Space In Between“, and worked on several parts of the sound track for “DARK STAR – HR Gigers World“. In 2014 she teams up with video artist ARIA, who underlays her music with hypnotic images and invites the audience to dive into reflective depths. A surreal performance and a dialogue between mediums, a drawing visual and musical experience. Within her latest works IOKOI fluctuates through spaces in between hyper- and cyberealism touching the depths of our inner self, underlining the passages between silence and music. Ethereal. Celestial. Intangible.