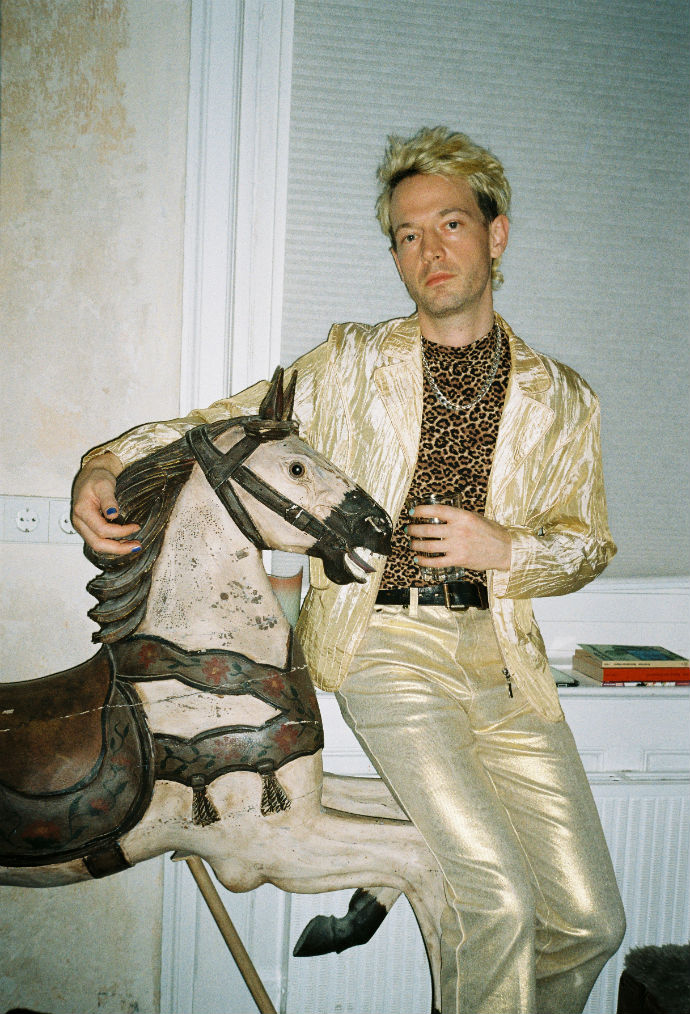 “Exercise. Exercise. Never forget the importance of Exercise. For your brains and your thighs. Everything grows in size when you exercise” is the inviting overture trailer trash turned fitness guru Jae Tyler offers the listener. With an aesthetic range somewhere between Japanese 80’s pop (YMO, Izumi Kobayashi) and prog-pop from around the same era (Todd Rundgren, Cleaners From Venus), Jae (Tyler) inspires us to forget about our feelings and instead focus on every sensation bombarding our bodies. Exercise was written in the most athletic tempo imaginable (155). Kansas bred art-boy Jae Tyler lives in Berlin where he makes disturbingly fun lo-fi pop music inspired by the coming end of days. Finding equal inspiration from classical composers and 80’s-90’s radio as he does the redneck culture whence he came, Jae Tyler turns his white trash genetics into Euro trash aesthetics. His debut EP ‘I’m Jae Tyler!’ came out on Week of Wonders in Oct 2017 to critical acclaim. He is currently putting the finishing touches to his debut full length.

“Science says that exercising is important for your brain and everything, so I wanted to emote my brain’s thankfulness to science for giving it a reason to want to be happy through exercise. Trust me when I say it’s ok to be an art person AND a fitness freak too.” – Jae Tyler

‘Exercise’ will be released digitally on April 5th 2019 through Berlin-based record label Street Pulse. Get your hands on a limited edition Double A-side vinyl at the ‘Exercise’ release party at Loophole Berlin on 16th of May where Jae plays new tracks from his forthcoming LP. The 12” limited edition (100 copies only) will include extended versions of both ‘Exercise’ and exclusive new track ‘Nuclear Holocaust Party Anthem 2021’ only available physically.