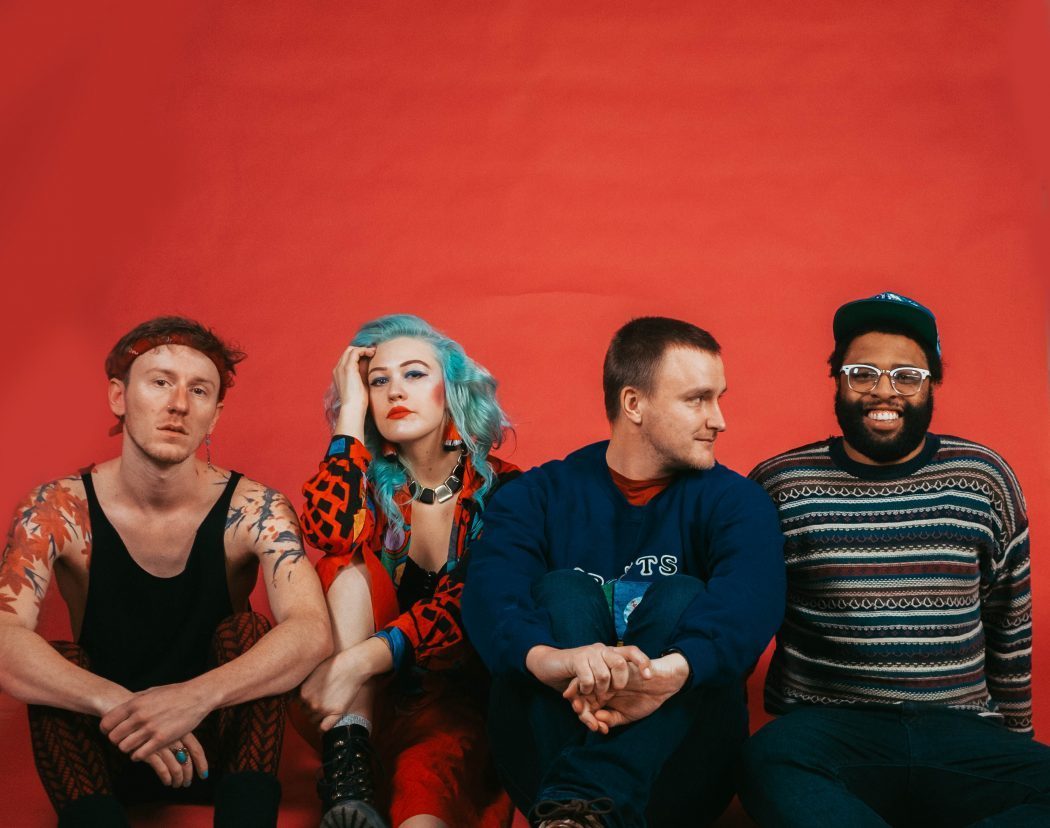 With newest single ‘Last Night‘, Chicago-based band Little Church opens up a whole new can of worms. Showcasing lead singer Chelsea Foss-Ralston’s soaring voice, the dreamy song wanders in and out of complex melodies as hazy memories from the night before begin to flood back. Capturing cold regrets with a warming lo-fi feel, ‘Last Night’ proves to be both beautiful while still serving as a purposeful reminder to lay off the ale once in a while. The single is taken from their new EP ‘It’s Not You‘, out now via Diversion Records.

Chelsea explains, “Last night” is about the interpersonal dynamic of respect in a relationship. Someone is testing the boundaries of making poor decisions and hurting their partner’s feelings as a result of being “inebriated” and not remembering what happened. “Last Night” is from the standpoint of someone who is trying to communicate their emotions about what happened the night before whether their partner wants to face the issues or not.”

Through DIY venues and mutual connections, Little Church was formed within the Chicago music scene in 2016. When lead singer and guitarist Chelsea Foss-Ralston and bassist Christian Whiting first met, they realized they had a common musical vision and lived only four blocks away from each other – so they quickly jumped into songwriting together. It didn’t take them long to add the rest of the band members into the picture. Soon after Chelsea met drummer Khori Wilson at the DIY venue, the Dojo, the band’s initial core was complete. Sean McConnell (synths) was later added in the spring of 2018 after serving as their mix engineer on the first Little Church recordings.

Once the band was fully formed, Little Church started coalescing their sound to what they now describe as “a smattering of art pop, rawk, soul, and gentle, gentle Eskimo kisses by a bear-shaped robot that can’t control its voltage.” The inspiration and process for their writing and sound is a shared effort between Chelsea and Christian, often with a focus on the interplay between vocal melodies and bass countermelodies. Christian shares that they “primarily write songs built around vocals and bass and then built from there.” This allows them to highlight the primary movement and counterpoints before building the rhythms and textures. Not to be completely premeditative, the band still allows for spontaneous and unexpected elements to find way into their writing by capturing effortless, fun and improvised moments that eventually get refined.

‘It’s Not You’ is out now on Diversion Records