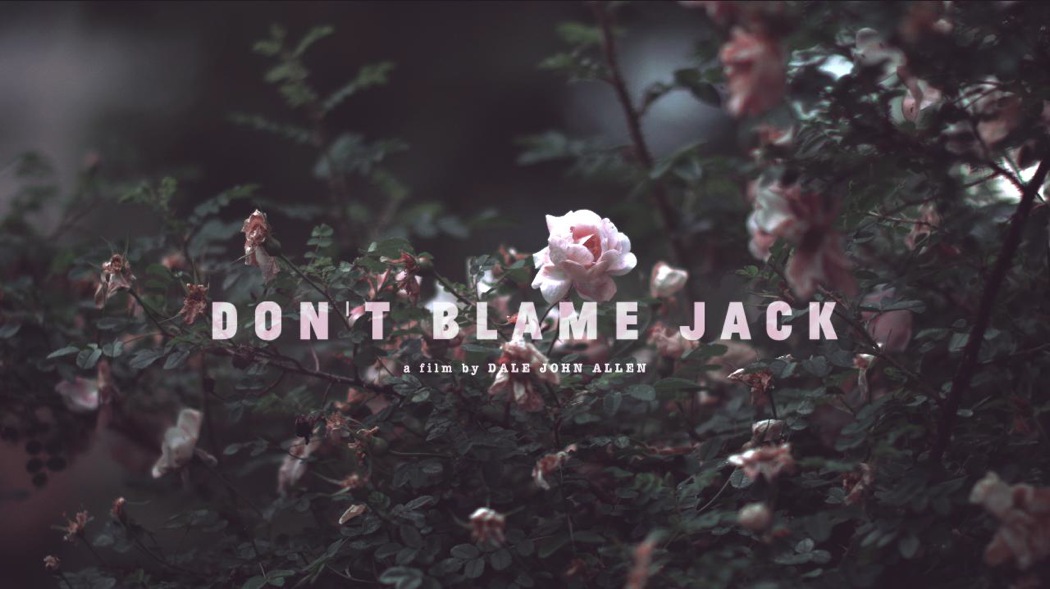 May I introduce you to the work of Dale John Allen?! An LGBTQ+ filmmaker from Brighton, UK (currently residing in Manchester, UK). Dale John Allen created a short, semi-autobiographical film, Don’t Blame Jack, which explores bipolar disorder and mental health within the gay community. The world premiere will be at Scottish Queer International Film Festival (SQIFF) in October 2019.

DON’T BLAME JACK follows the newly diagnosed, manic-depressive, Jack, as he battles with the thought of life without his beloved ‘mania’. Now on a daily cocktail of anti-psychotics and anti-depressants Jack searches for the adrenaline-fueled, extraordinary manic highs in the most ordinary of places. Jack escapes his drab, routine-filled existence by jumping into the arms of strangers, searching for moments of magic.

DON’T BLAME JACK captures the limbo of self-identity after a diagnosis of serious mental illness. Can the dullness of ordinary life ever compare to the magic of mania? And is sanity and stability worth the sacrifice? 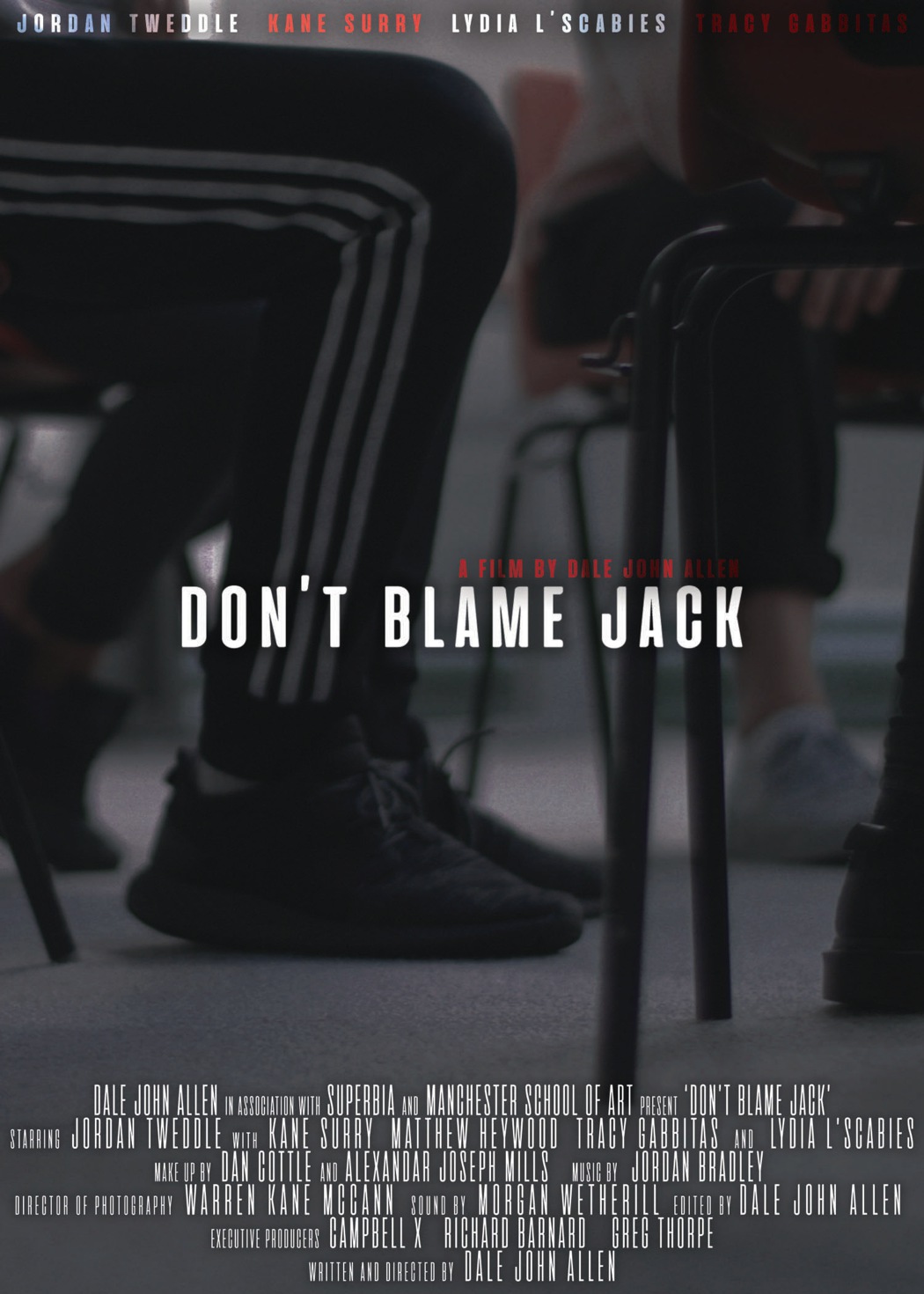 In January 2015 I was diagnosed with Bipolar Affective Disorder. I documented my entire experience from diagnosis through my recovery in A FILM ABOUT LOVE (2016), which became the main inspiration behind DON’T BLAME JACK. Writing became my therapy. The most challenging part of my recovery was facing up to the fact that bipolar does not go away once you receive the diagnosis, but instead the long, often dull reality of recovery just begins, which is what I wanted to highlight in DON’T BLAME JACK. The search for that magical moment of madness is always present, and that need is universal and not specific to those with Bipolar, which is what I felt was so powerful when writing the script – It felt relatable. 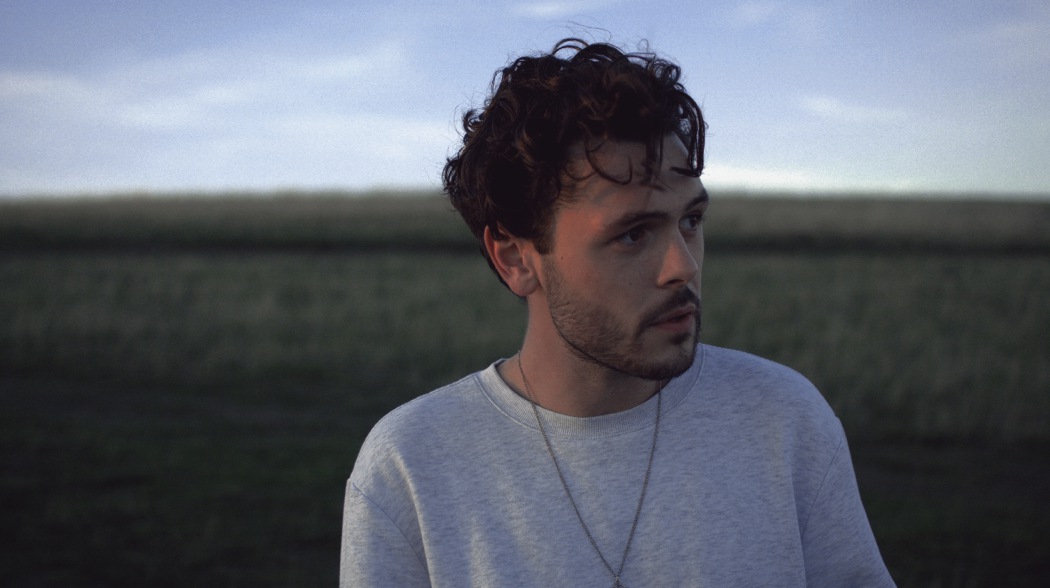 We wanted the film to have a distinctly British aesthetic and were very visually inspired by the kitchen-sink realism. We wanted to show an insight into this character’s life and took lots of inspiration from social media platforms like Instagram / Tumblr to express this personal intimacy between the camera and Jack. The film isn’t afraid to be ugly which is so very important when creating a story on this subject matter. I felt a lot of responsibility to show the ugliness of recovery – the excessive sex-drive, the self-harm, the forced affirmations and the feeling of drowning in a feeling of emptiness. The language used is a conscious blend of ugly realism and exaggerated romanticism. It is important to me as a filmmaker to be able to see ugliness in beauty and vice versa, and I feel that Jack personifies that desire.

We are now in a climate where queer stories are being told authentically and with brutal honesty, which is wonderfully inspiring as a queer filmmaker to be able to add to the ever-expanding queer discourse on-screen. It is so important to keep telling queer stories and broaden the narratives of queer storytelling beyond the ‘coming-out’ framework. I wanted to make DON’T BLAME JACK an authentically queer story that doesn’t centralize its queer-ness in typical form but rather allows it to just be, with the story going on around it. It is very important to me as a filmmaker to be my authentically queer self and allow that to be expressed in my work. I have been fortunate enough to work alongside the incredible filmmaker, Campbell X (Exec. Producer on Don’t Blame Jack), who has given countless hours to this project to mentor and build me up as a filmmaker. I am incredibly humbled by their belief in me and without their support DON’T BLAME JACK would still just be scribbles in my notebook.