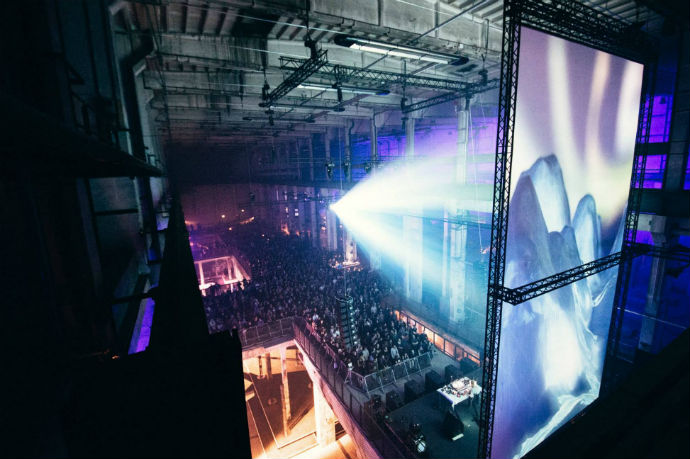 Tresor at 25: Will its future live up to its past?

There’s much to be written about Tresor and a lot that’s already been written. The “Home of Techno”s’ origins and its contribution to the development of the German capital has graduated into the accepted history of post-Wall Berlin. How, through techno, the disoriented Berlin kids of former-East and West in the early ’90s bonded in the anonymity the music’s dark, industrial, smoke-filled world gave them (plus, y’know, that thing called ecstasy culture) is pretty much accepted wisdom. Berlin’s history since then, as the capital built its economy from the mid-00s on the back of its legendary club scene, is also common knowledge.

In order to celebrate 25 years of the cultural phenomenon, the club opened its entire grounds for the “Tresor 25 Years Festival”, including the legendary Tresor basement pit, the monumental industrial hall of Kraftwerk, the former-battery room-turned-intimate club space OHM, and finally, Tresor’s house floor, Globus, which opened for an incredible revival of the original all-night-long weekend closing party from the ’90s, Club the Rest, with Ellen Allien and Tanith. It was undoubtedly the biggest event the institution has ever thrown, running for a typical Berlin weekend – that being Thursday through to sometime on Monday morning – with Tresor building to the event both in an historical sense, and a physical one. Having slowly expanded, rejuvenated, and experimented with the Tresor site through its closely linked cousin, the revived Berlin Atonal Music Festival from 2013 onwards, as well as the growth in popularity of the smaller OHM venue over the past two-and-a-half years, the festival self-consciously flexed its physical space and musical might, billing itself as the ultimate celebration and expression of Berlin’s clubbing culture and the historic Berlin-Detroit axis. As cliché as it sounds, the set list did read like a who’s who of techno and house: from Detroit OG Robert Hood, to Berlin-Detroit pioneers Juan Atkins and Moritz von Oswald, while the frenetic, solid techno of DJ Stingray rubbed up against heavyweights DJ Hell, Fumiya Tanaka, James Rushkin, and DJ Pete. Meanwhile, Ellen Allien, Tanith, Patrice Scott, DJ Deep, and Ron Wilson ensured house-tinged touches made it into the weekend, while the ‘future’ of the scene was ably represented through figures like Objekt, Acronym, Sarah Wilson, Tresor-resident Magda El Bayoumi, and (personal favorite) Jonas Kopp.

Even before I stepped into the modern Tresor club’s complex on Köpenicker Strasse (which lies in Berlin’s former GDR East), the historic significance of the event was already being acknowledged. In a short tract on the event’s Resident Advisor page, titled “Legacy for the future: what we can learn from the history of Tresor”, the club’s founder and one of Berlin’s de facto cultural ambassadors, Dimitri Hegemann, paid homage to the ‘zwischennutzung’ (temporary usage) mentality that Berlin’s early ad hoc, anarchic club culture built itself around. But that way of working still runs through the veins of the city today. Unlike the original Tresor club shack in Potsdamer Platz beneath the vault of the Wertheim department store, the modern club is one huge disused half of a power station that, like that other great Berlin club powerhouse, the promoters rent from German energy company Vattenfall (the other half is in fact still a fully functioning complex that provides power to the city). It’s a history that’s been poured over by everyone, from the usual types like music journalists and clubbers, to producers and musicians, and even sociologists and politicians. Because if partying is political – which, arguably, it can certainly be, in the fact that you use space and time for something other than work – then Tresor knows its place as a key lynchpin in the development of not only a musical movement, but a new way of social politics and urban (re-)development. 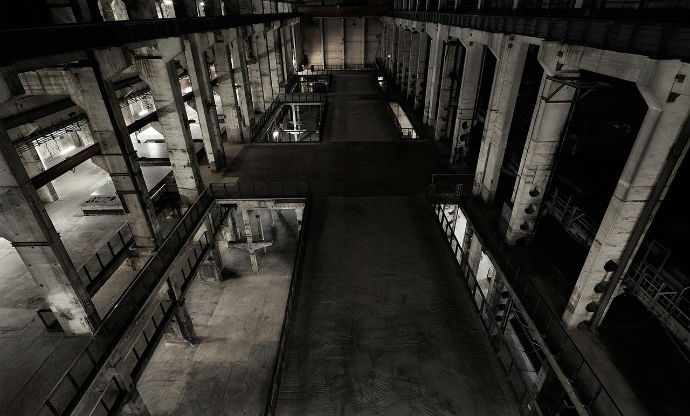 Hegemann, both in his short treatise and in my personal experience of watching him watching us at some of the parties OHM has hosted over the last 24-months, is acutely aware of the social and economic power of clubbing, and Tresor’s place within it. In fact, he’s practically writing the book on it. As epitomized through the Packard Plant initiative, Detroit is now experimenting with new policies that directly reference the Berlin model of repurposing space for cultural projects that then help to build a functioning, profitable ‘nighttime economy’ and a rejuvenated social sphere.

Meanwhile, in a submerged pit within the awe-inspiring industrial vastness of the main Kraftwerk hall, archival footage of Tresor’s (and Berlin’s) early clubbing days flickered across old boxy TV screens, inducing a near-hypnotic strobe-like effect that was all the more poignant given the people who joined me in watching these anonymous, smiling, gyrating young bodies from 20-years ago glimmer in the dark. To my left, a group of young Italians grappled with the stairs as three German men who looked in their mid-40s leant in the corner and smiled at them and the footage, while across the rectangular pit, a solitary girl allowed the blinking light to fall across her as she sat with her eyes closed, while just behind her, two figures – girls, boys, both, I couldn’t tell – made out in the corner, all the while as Donato Dozzy’s set pounded around the concrete pillars above us.

But a sad fact of the matter is that, having lived in this city for four years, the tone of contemporary Berlin’s club culture is arguably not set by the modern incarnation of Tresor. While the Kraftwerk space remains synonymous with the experimentally phenomenal Atonal, and OHM is considered by the scene to be one of the best clubs in Berlin right now, to say that you’re going to Tresor (and by extension Globus) for a night out (outside of going to see a specific producer/DJ play, perhaps) was for a long time often met with blank stares or noises of incredulity. Modern Tresor, despite its history, became synonymous with the infamous ‘Berlin tourist’ (a euphemism for the invariably straight, cis, 20-something partygoer that treats Berlin clubs the way clubs are experienced in any city other than Berlin: racing to imbibe drugs and alcohol as well as to make out with someone through a desperate need to have a ‘good time’, all of which causes stress, frustration, anger, disappointment, confusion, and sometimes violence).

However, that reality is slowly changing, and the “Tresor 25 Years Festival” proved it. Partly it was to do with the newly opened spaces and the variety of opportunities they opened up for you to explore and get lost in. But it was more precisely down to the people. The city’s club kids, its music nuts and techno nerds, as well as the original partygoers from Tresor’s earlier years intermingled happily with the, often younger, ‘easy jetsetters’ who, while some of them looked stunned and lay around confused in the warm summer sunlight as the nights progressed into the days, evidently were experiencing something beyond what they’d originally comprehended. They were, for want of a better word, ‘getting’ what true club culture was, and they seemed to be enjoying it.

In the pit of Tresor, I remember dancing within the raised concrete corridor that looks out at the dancefloor’s right flank and being surrounded by a bunch of burly 30-something-year-old Germans. Originally whooping and hollering upon entering Sterac’s deep, rhythmic, bouncing set, by the time it had descended into Regis’ overpoweringly driving, dry and bleepy swooping stomp sesh, the Germans and I had our arms around each other, occasionally smiling and nodding in agreement, dancing with and at one another, sweating, holding our arms aloft in unison. A while later, after cooling down and buying a drink, I get into a conversation with a queer American philosopher in his early 50s who divides his time between Ireland (where his son lives), America, and Berlin for his professorship. We talk about how accepted philosophical wisdom isn’t built for the modern age and what he thinks of DJ Hell as we move onto the dancefloor for the techno giant’s raucously dark, punchy, churning set that has men taking their tops off while kids shake their heads at the weight of the sound. In the middle of the crowd, I again spot the girl in the light blue hijab, made of what looks to me like heavy cotton, who’s been dancing pretty much none stop since I first arrived for Jonas Kopp nine hours earlier. I look as though I’ve taken a shower, she looks completely unflustered and I ask her how she’s managed to dance for so long and still look as unruffled as she does. She simply smiles, shrugs her shoulders, and calmly says ‘thanks’ as she glides back onto the dancefloor.

Above us, DJ Pete is greeting the dawn with a master class of surgically precise, seemingly brittle techno that peaks and dives into hardness and reverberates around the Kraftwerk space. But if there’s one thing organizers could learn for the future is how to fully master the acoustics of the lower section of the hall and fit a sound system that fully befits it. While it was good to see Kraftwerk used differently from the avant-garde Atonal Festival, common opinion among friends was that it failed overall to fully deliver, partly due to its vastness which seemed to scatter the sound and prevented any sense of intimacy or togetherness from fully developing between DJ, dancer, and dancer.

Saturday-Sunday marked a shift as I focussed on OHM to sample the deliberately more intimate setting and the ‘future’-oriented sounds of Acronym, immediately followed by a famously eclectic set from Objekt. While Acronyn delivers a gloriously upbeat session of dusty tracks that occasionally veer off into the experimental and cosmic before they pound back in, Objekt’s set, as ever, feels like a journey to the heart of straight-up, honest, surgical techno. His set is laced with that particular sound that developed more from the industrial post-punk of Northern England and Germany and the electronic ‘metal dance’ of southern Europe, rather than the house-inflected school of Detroit, yet he manages all the while to accent it with elements of post-dubstep UK dancefloor raveness for added drive. He remains, for my money, one of the most precise, gifted and contemplative producers and DJs you can see. I finish off the weekend in true, traditional form, by sampling the original Sunday closing session of Club the Rest, with the prolific BPitch label boss, Ellen Allien, and the legendary Berlin DJ and producer, Tanith, sharing the decks in two-hour stints between them. Undoubtedly one of the highlights of the entire weekend, the pair worked us to a frenzy – the mad kind where you just keep on going until you can’t remember what time you said you’d go home. It was the original Sunday party – now by common opinion, the main partying day of the weekend – and it truly befitted the festival to finish on a high note. I just hope Tresor can transfer the energy and love of their 25th birthday party into a future that lives up to its past. 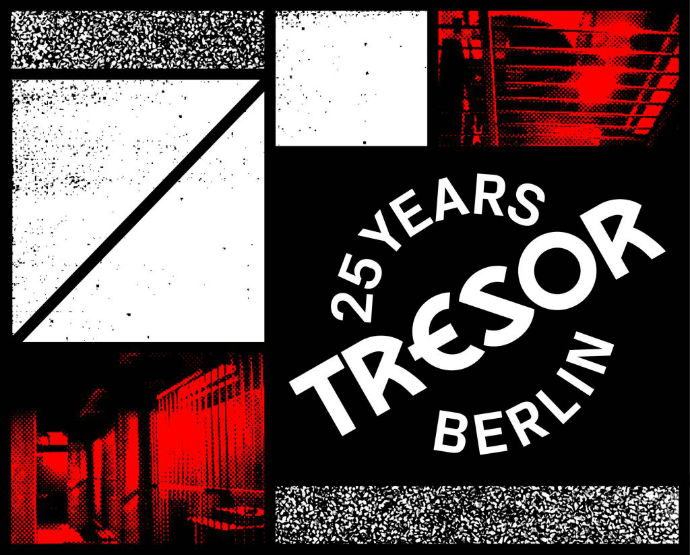