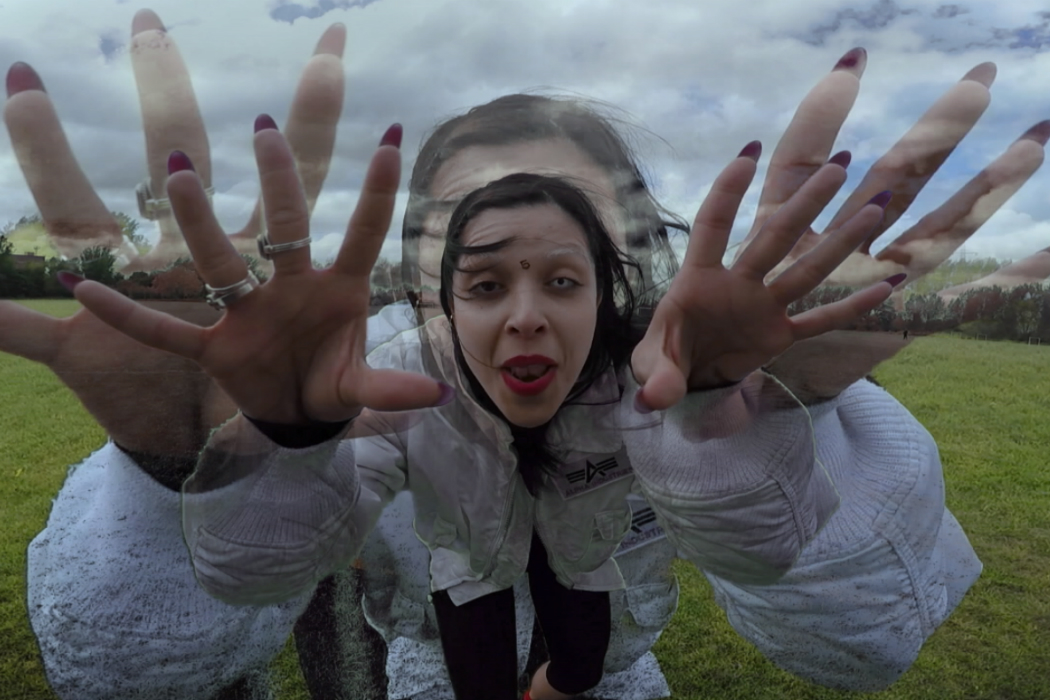 Astrid Gnosis is a conceptual artist working mainly with sound, video, performance and installation. Gore Lust is a new project developed by Astrid and Russian artist/friend, Petr Davydtchenko, during their time working on the Dying Breed series. Shot in several locations including Ibiza, the clip for Gore Lust reflects on life imitating video games. “The video comments on the lack of seriousness and hyper-normalisation. On frustration as an identity and maybe even going a step further and proposing that to navigate this social paranoia we require new unexplored languages such as DMT.”

Astrid explains Gore Lust
Gore Lust is similar to the term ‘infotainment’ which describes the addiction to information for information sake without really focusing on the content, and its transcendence, but merely consuming and craving news or alternative news. It is obsessive, GORE LUST IS COVFEFE. Did you know someone has bought the web domain covfefe.com and is selling merchandise of Trumps idiotic tweet? What are we, what am I, paying attention to? But most importantly, wow.