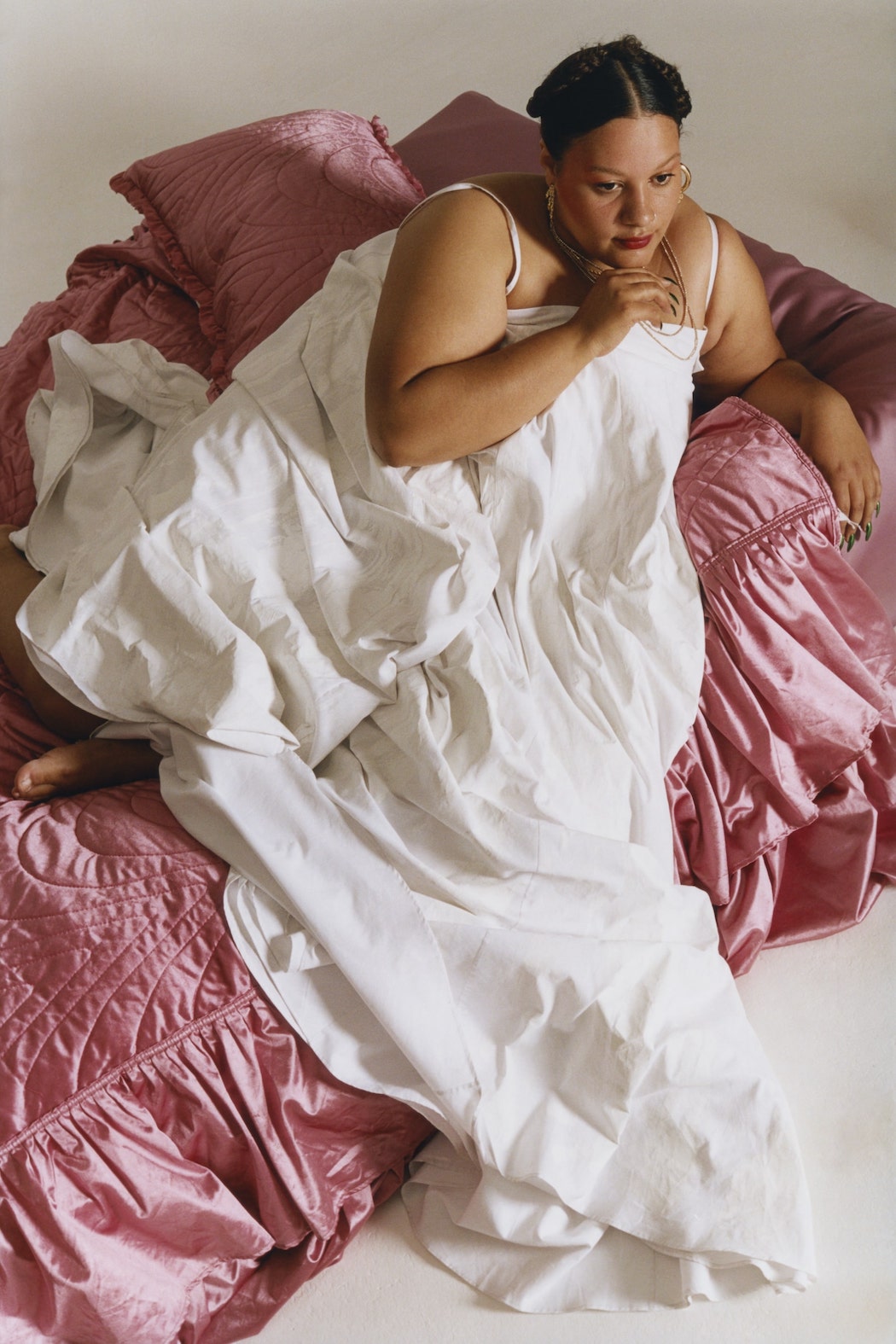 Babeheaven are back with their first new music of 2020, the nostalgic trip-hop single ‘Human Nature’. This follows the band’s acclaimed ‘Suspended Animation’ mixtape and headline tour, on top of shows for the West-London five-piece alongside the likes of Loyle Carner, The Japanese House and Nilüfer Yanya. Babeheaven have kept busy under lockdown with a guest-slot on NTS, a live performance on COLORS, Nancy’s takeover of the GANNI Instagram, and later on today for their live session on KALTBLUT’s Instagram as part of our collaborative Spring Session series with Nordic by Nature. But first, take a first look at Babeheaven’s ingenious throwback style video for ‘Human Nature’ below.

“Human Nature,” according to Babeheaven, “is about the relationship between our inward and outward selves. It’s about the performance we do online, where everything exists in a sort of grey area. We thought that social media would lead to individualism but a new Human Nature is existing in an otherworldly state. It’s about losing touch with yourself and not transmitting emotions.”

‘Human Nature’ is another blissful moment from Babeheaven, a purposefully slow-burning band whose friendship, creativity and emotional resilience shine through on even the most intimate moments. Growing up amongst a sense of musical history and creative atmosphere meant Babeheaven could only ever be musicians, really. Nancy Andersen and Jamie Travis’ creative partnership started out casually: from long-time friends to working on the same street. Eventually, their proximity led to them starting to mess around with their own sounds, finding a homespun touch and striking lyrical elegance which has – together with their neighbourhood – become embedded in everything that is Babeheaven. The connections between the pair run deep: early tracks like ‘Heaven’ and ‘It’s Not Easy’, for instance, concern the passing of each other’s mother, and recall Cocteau Twins or Portishead in Babeheaven’s ability to imbue heavy subject matters with a gossamer-light touch. Their first project, ‘Suspended Animation, further explored those rawest, sometimes challenging moments of city life – everything from a party-crush (‘Cat Dance’) to the highs and lows of modern love (‘Jalisco’), through to working out the fragments of what remains (and on ‘Who Are We’, what went wrong).