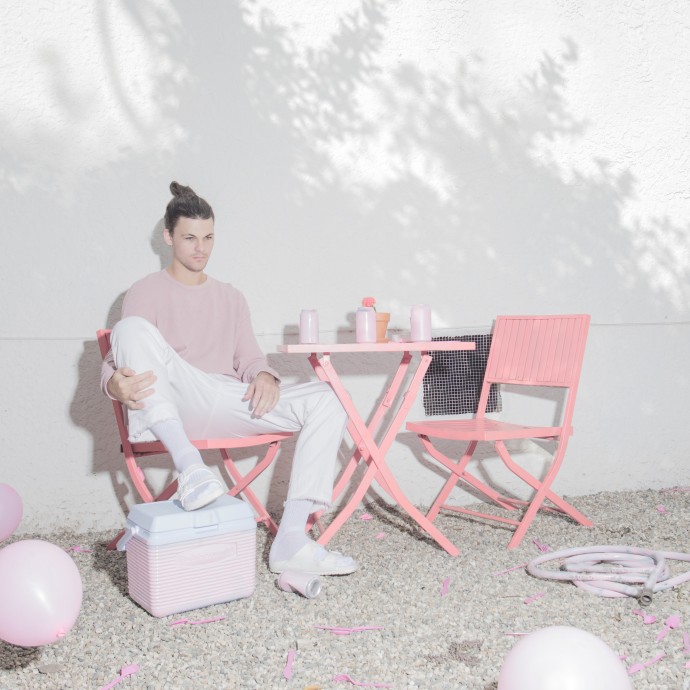 New Zealand producer and songwriter BAYNK releases stunningly slick visuals for ‘Settle’, the collaborative single with UK artist and vocalist Sinéad Harnett. ‘Settle’ finds the talented artist showcasing his signature pop sensibilities alongside textured electronic elements and tight arrangement, revealing some of his best work to date. Previously collaborating with artists such as Disclosure, Rudimental, and Ryan Hemsworth, Sinéad Harnett adds a stunningly raw vocal with sweeping melodies giving the track a sensuous, poignant edge. Alongside the effortlessly cool video, directed by Spencer Graves and BAYNK himself, the New Zealander is currently on the road for his U.S. tour as a special guest with San Holo.

“Meeting Sinead for the first time was like seeing a friend I hadn’t seen in 10 years.” says BAYNK, “Catching up about what we’d missed over the years led to settle being written. I didn’t want to overshadow the touching vocal with intense production so I left it minimal and let the words dictate the music. Usually, my favourite part of any song release is the video creation process. I was particularly excited for this one as I had always wanted to create a white world where space was endless and scenes shifted from one to another seamlessly plus I knew Sinead was a great performer and would shine on camera so it was a match made in heaven.” – BAYNK

Harnett adds, “The first day I met BAYNK was the day we wrote settle. As soon as I walked into the room I felt like he was family. I always enjoy those writing sessions the most because you feel comfortable enough to open up. The story behind the song was based on the in-between before you’re with someone and after you’ve started seeing each other. That dreaded unknown and the confession that you do want it to move forward. BAYNK’s clean heart translates in his music and I’m so excited for us to do more together!”

The new single is a precursor to an upcoming EP from the NZ producer and a follow-up to a previous double A-side release “Be In Love” / “Years,” which dropped earlier this year. His first release since fall 2017’s debut Someone’s EP, the double A-side was released alongside an incredible video for “Be In Love” which was co-directed by Spencer Graves whose credits include work with Kendrick Lamar and Lauv.

Born Jock Nowell-Usticke, BAYNK has seen a meteoric rise from sheer obscurity to the brink of breakout in just 2 years with releases amassing 50MM+ plays on Spotify to-date. Early singles like “About Me” and “Could You” began turning heads in 2016 with follow-up’s “What You Need” (featuring fellow NZ-native NÏKA) and “Poolside” further establishing BAYNK as a top new contender. Recent Someone’s EP singles “Come Home” (with Shallou) and “Want 2” further showcase BAYNK’s ability to span various styles while retaining the essence of hope and subtle melancholy that line the effortlessly smooth tracks.