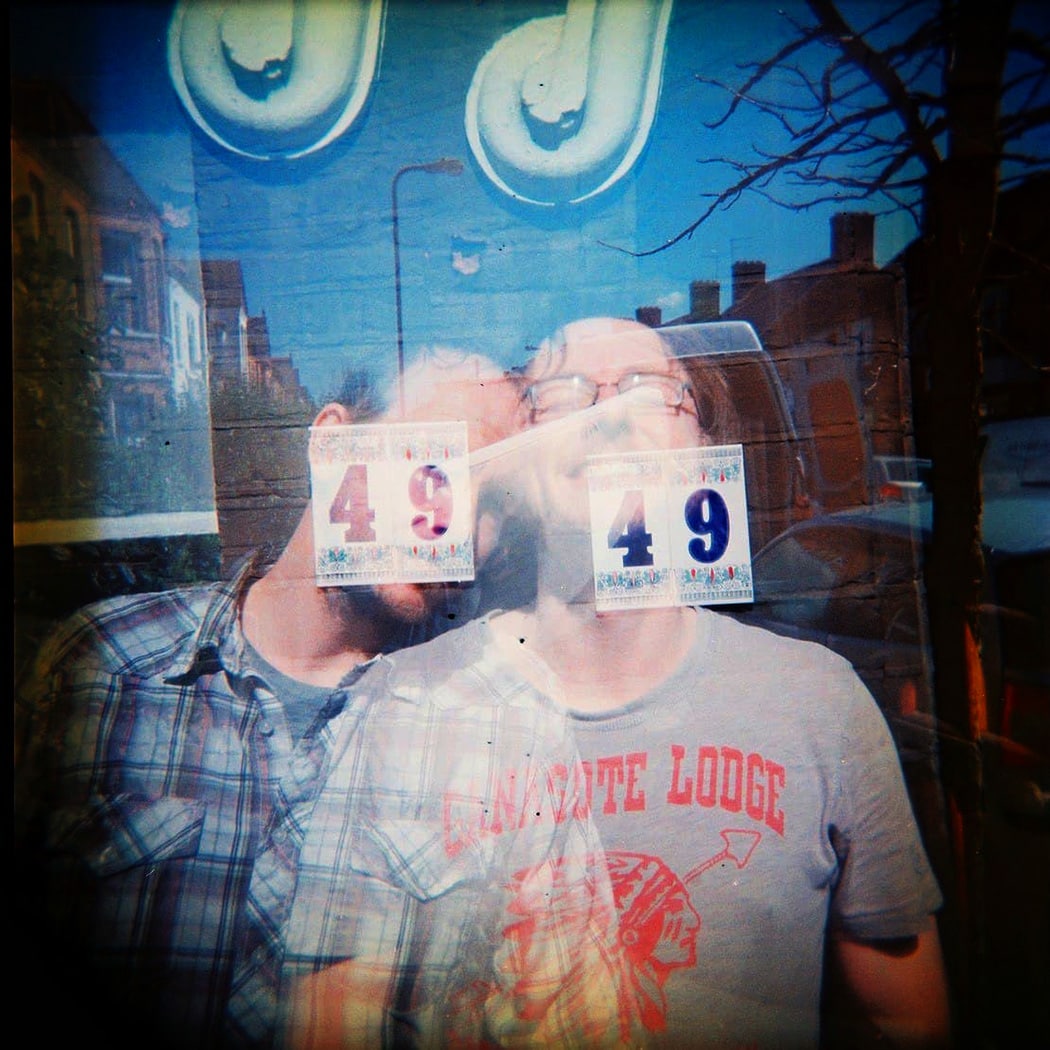 Benzedrine Nightmare, the collaboration between Tim Wilderspin (Essa, DIY, Pop Gang) and Johnny Ven (Jonno & Tommo, Cowboy Flying Saucer), take part in Power Vacuum’s celebratory 25th release V/A EP with ‘Ultra-sox’. Described as “a piece of sinister minimalism in which the singer’s enthusiasm for his clubbing buddy extends to pledging to murder anyone his friend doesn’t like’, ‘Ultra-sox’ is completed with an equally sinister music video by John Brown. On the release, Tim and Johnny share, ‘We’re so chuffed to be released on such a resolutely challenging and idiosyncratic label as Power Vacuum. We thought we were so far in the margins we’d fallen off the page, so underground we were actually unpopular and so very niche we hadn’t even heard of ourselves. Making music at speed, with a limited palette and these confining rules brings out peculiar manifestations that you’d never normally conjure up. It’s frightening and exciting, and often the incongruous layers we force out of each other’s subconscious collide to form an unexpected meaning; an apparent sense of purpose we never intended.’ ‘Ultra-sox’ will run alongside additions to the EP by Beau Wanzer, Nitro Cosmetic, Robert Merlak, DAIYE, and Mustatunturi.

John Brown on the video says, “I spent several weeks working on the Ultra-sox promo and laughed hard when Milo told me they recorded it in a day. The puppet’s movements were performed by one of my own hands in a few takes. Then I set about virtually clothing it. Previous incarnations included the sox puppet dressed in Burberry and with googly eyes. In the end, I settled for ill-fitting meat to really bring out the serial killer in the tune.”

Power Vacuum is all about the mentasm: the mental orgasm, the moment when psychoactive electronics remould your grey matter into discombobulating new shapes, and when silliness, surreality, and playful aggression flip the sensible order of things upside down.

To celebrate its 25th release, the UK label–brainchild of veteran producer & performer Milo Smee, aka Bintus & Kruton–offers a sweeping survey of the sound it’s developed since 2012, binding together disparate strains of rave DNA and uniting hard dance veterans with a new generation of devotees.

Three cassettes feature a trio of label associates mixing tracks from the catalog. Jerome Hill tackles techno, from tonking old-school flavors through to scalpel-sharp industrial steppers; Mark Broom charts a dark, winding and sometimes whimsical path through electro; and Smee himself shows off Power Vacuum’s breadth. Few labels hold onto a consistent aesthetic whilst ranging so far, from the blunted New York hip-hop of Sensational & Kruton to the turbocharged terror of Duran Duran Duran.

The accompanying 6-track V/A EP pushes the label’s sound onwards. Following the usual Power Vacuum M.O., its cast of eccentrics and recluses aren’t exactly famous, but they’ve been around the block a few times and they know what they’re about. Cranky, esoteric Techno forms the core of the release, from Chicago’s Beau Wanzer, Croatia’s Robert Merlak (as Remainder), and Glasgow’s DAIYE aka Dave Shades. Finnish-Russian Mustatunturi offers up a panic-inducing drum machine cascade in “Usva”, and the duo Nitro Cosmetic delivers curdled cosmic disco.

Perhaps strangest of all is Benzedrine Nightmare’s “Ultra-Sox”, an absurd and bewildering slow-jam miniature made according to strict procedural rules. The place where fierce discipline and utter nonsense collide: that’s Power Vacuum.