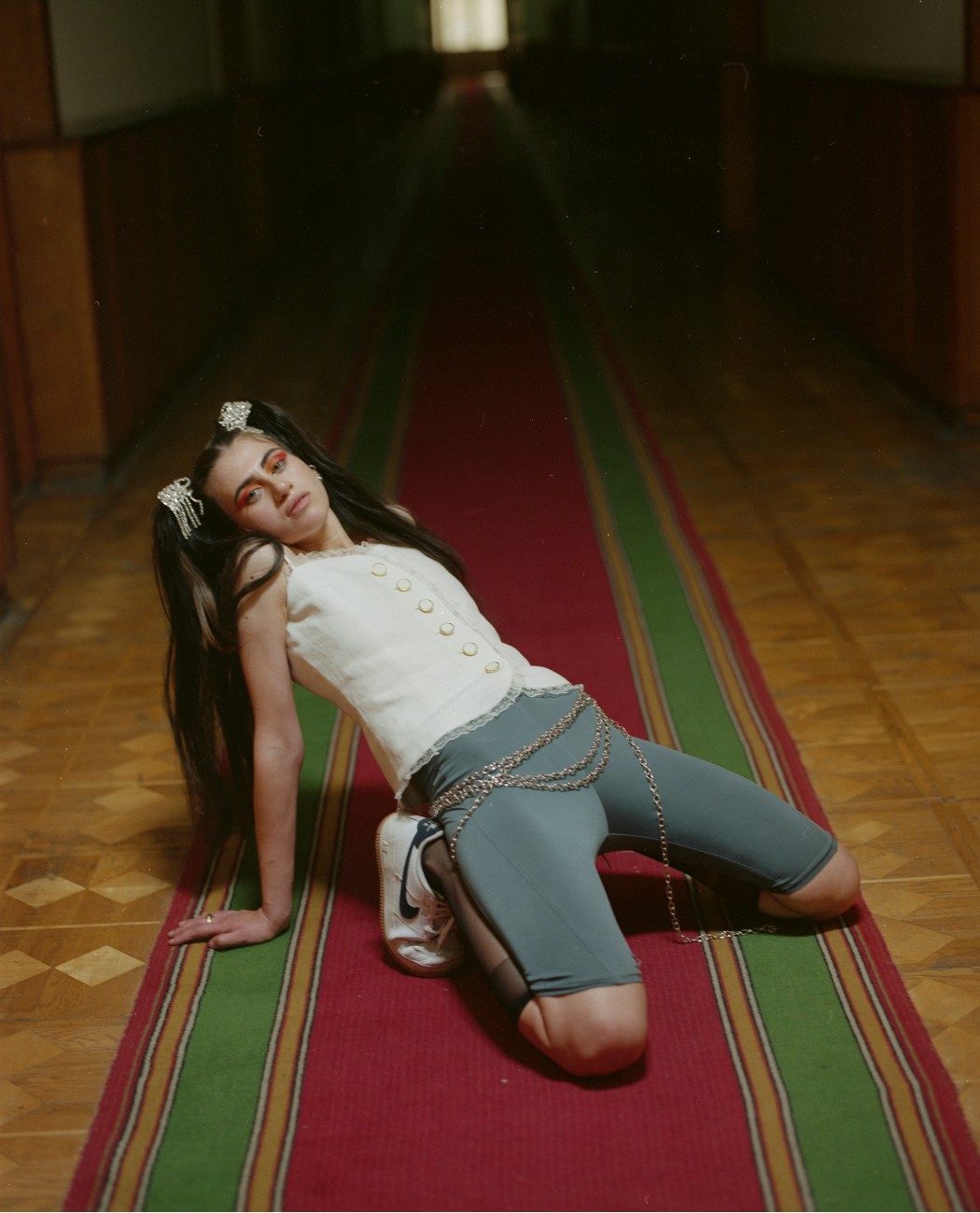 Video Premiere: Creams – ‘Sleep On Me’

Rising Tbilisi, Georgia-based artist and producer, Creams, shares her debut Sleep On Me EP and a striking visual for the title track directed by Berlin-based, Tbilisi-raised talent Buba Beboshvili. On ‘Sleep On Me’, Creams demonstrates her vision of dark-pop is anything but detached or glumly oppressive – instead, it is deeply-felt and tactile, her deep vocals slithering their way underneath your skin with unassuming melodies. Her skeletal arrangements are fleshed out with buzzing, analog synths, and grainy programmed percussion. Magnetic and alluring, yet twisted in its beauty, ‘Sleep On Me’ embodies the paradoxes that define the strange pull of Creams’ music, adding to the memorizing way she ratchets the tension up and down throughout the track.

“‘Sleep On Me’ is like a fragment from my subconscious,” Creams says on the release. “I pushed myself to dive deeper into unconventional and distressing themes that are often overlooked — the kind that can be repressed in modern culture and live in the shadows. I believe there is beauty and power in shining uncomfortable topics, and this is what I wanted to reflect in this body of work. As a whole, the EP speaks on my insecurities and the power I possess when facing them. It’s like Pandora’s box .. a closed Pandora’s box.”

“This music video feels like a fusion of cold and warm air; at parts, it is dark, inky, and a bit doomy. At others, it gets to be the complete opposite: radiant, bright, cheerful, with a blue sky that almost hurts to look at. The two sides of the human psyche are presented as coexistent and in a natural motion. It gets risky, quick — you don’t even feel the radical, drastic transitions as it stands as one whole piece.” 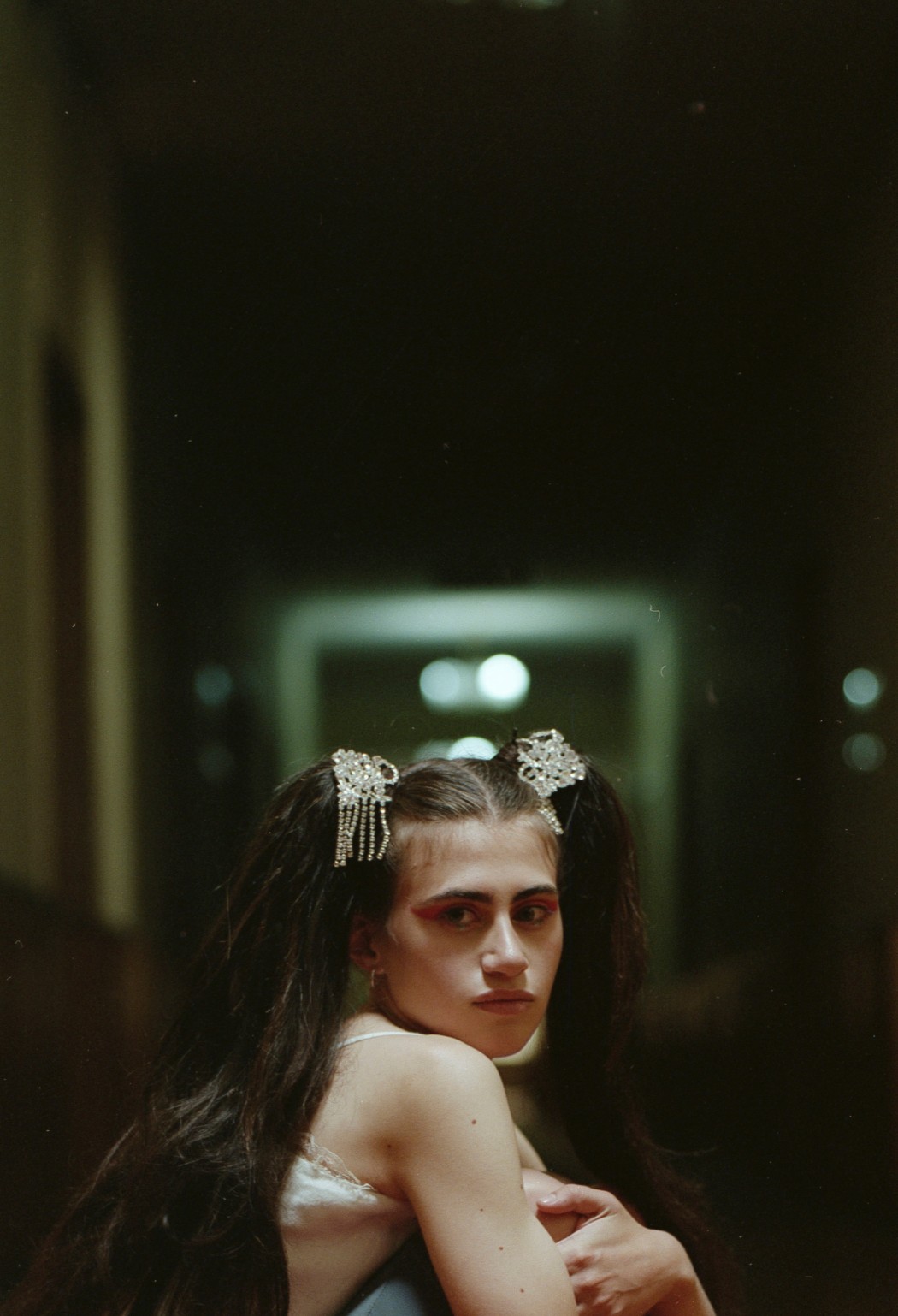 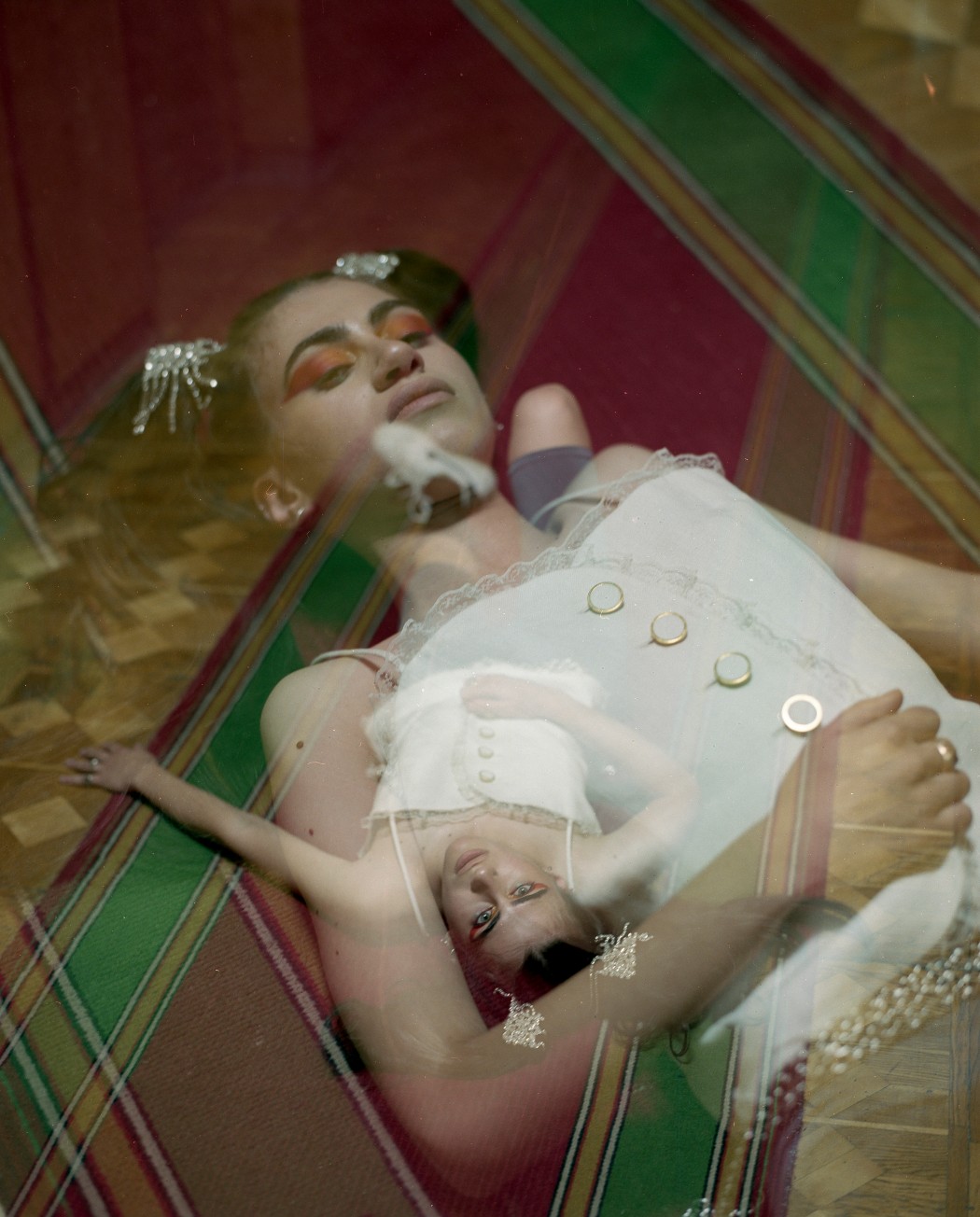 After cementing her role as a rising fashion and cultural icon and pillar of the Georgian music community, Creams, aka Natia Chichinadze, is now ready to introduce her full vision to the whole world. Natia’s music is full of traps, each song a Pandora’s Box with lyrics and melodies born from myths, dreams, and literary ideas; sensory-stimulating music that sounds like “cotton candy,” but with far deeper heart notes. Citing inspiration from an eclectic range of influences, Joni Mitchell, Captain Beefheart, FKA Twigs, Tarantino, the work of 14th-century novelist Giovanni Bocaccio and the anonymous, beautiful landscapes and endless horizons of her hometown, Natia says her creativity comes from instinct: her gut “never fails.”

Emerging from Georgia, a small country fuelled by geopolitical tensions on the borders of Europe and Asia, Creams speaks four different languages and insists that the circumstances of her generation prepared her for battle, using her music to convey youth-led tales of disenfranchisement and disillusionment. Driving every aspect of the songwriting process is also paramount to Creams’ creative output. She writes, plays, and produces all of the records herself from concept to master, and spends her spare hours hacking plugins and tirelessly hustling to make these records come to life.

Through her prism, soundwaves become refracted colours, lyrics are dark mantras and her ethereal attitude glides above celestial melodies and lightweight beats. It’s music that bores deep into the skull and sticks to skin like sweet, gluey glitter.

Sleep On Me is out now: https://creams.ffm.to/sleeponmeep