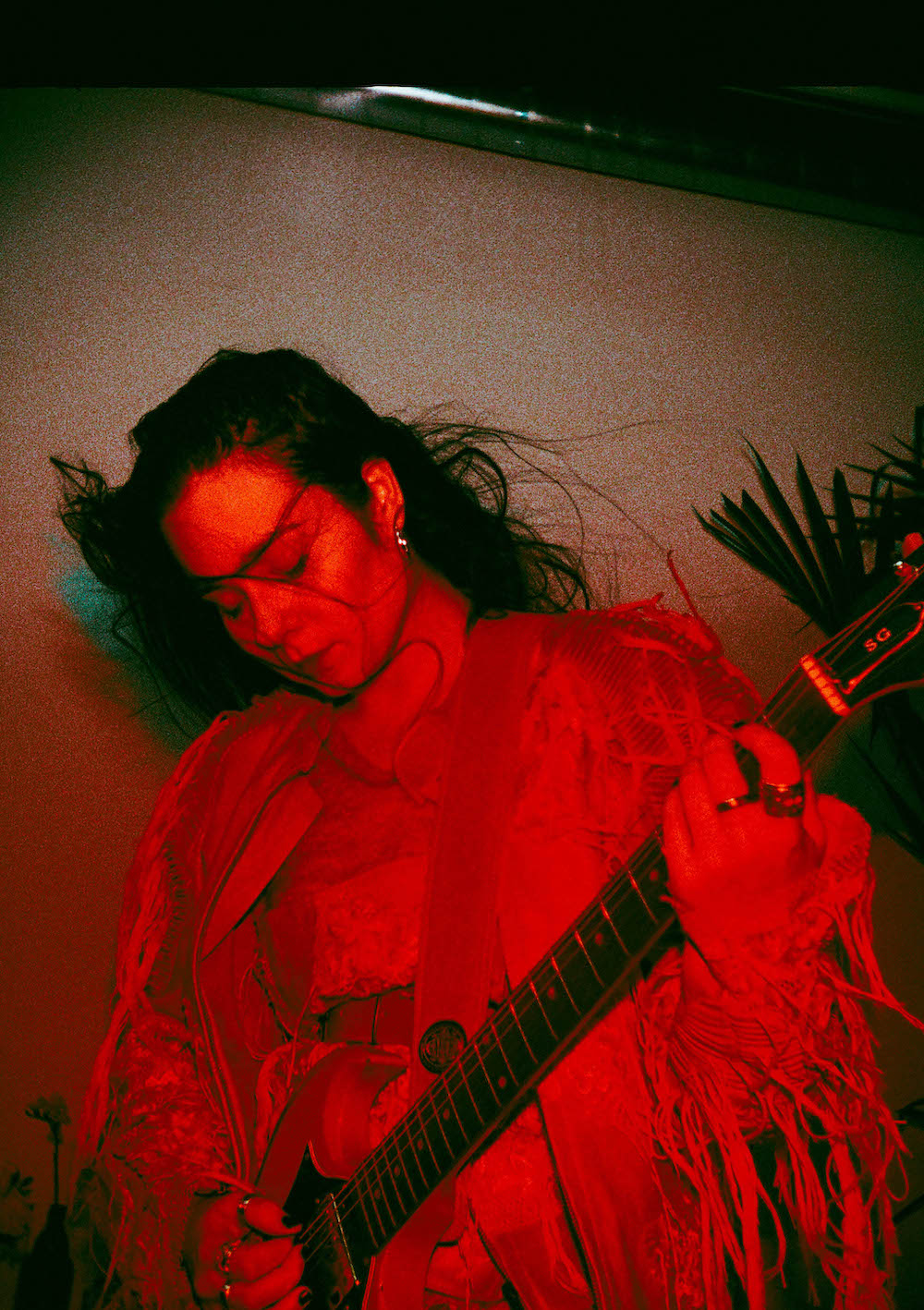 Finnish artist Detalji takes Nine Inch Nails’ industrial rock classic ‘Closer’ and turns it into a steaming hot rave anthem, perfectly fit for the midnight sun bacchanalia. For the video, directors Teemu Antero and Patrik Sundberg place the music producer and singer-songwriter under the spotlight, as she wildly strums her guitar and wanders a forest in a psychedelic haze. “We love Detalji as a person and as an artist, explain the director duo. “For us both as music video directors this kind of a project is the reason we do this shit. Just let the music take over and be SURE there is always room for some experimental stuff. Always.” Finnish fashion designer, Vogue talent nominee and Hyères finalist Linda Kokkonen was in charge of style and clothes for the clip.

‘Closer’ is one of my all-time favorite tracks. I knew I wanted to do something new wave-ish and lo-fi with the cover, doing my best maintaining the heated tension the original has. This cover version is my personal queer anthem, and ode to wanting to be with a girl I like – so much it hurts and not being able to think of anything else. This is my first Detalji release that I played and recorded guitar for.

Described as the “priestess of the church of techno”, Detalji’s music is heavily influenced by trance, early 90’s techno and melancholic pop melodies. She has received acclaim for her unique and experimental sound.

Touring around Europe, Detalji has received praise for her visceral live sets. Having released 2 EPs and singles, she has been nominated and awarded for Best Electronic Act in Emma and Femma Awards (‘Finnish Grammy’ and ‘Indie Grammy’). Detalji has been described as “Finland’s answer to Helena Hauff” by Mixmag.

‘Closer’ is out now: https://lnk.to/closer-detalji