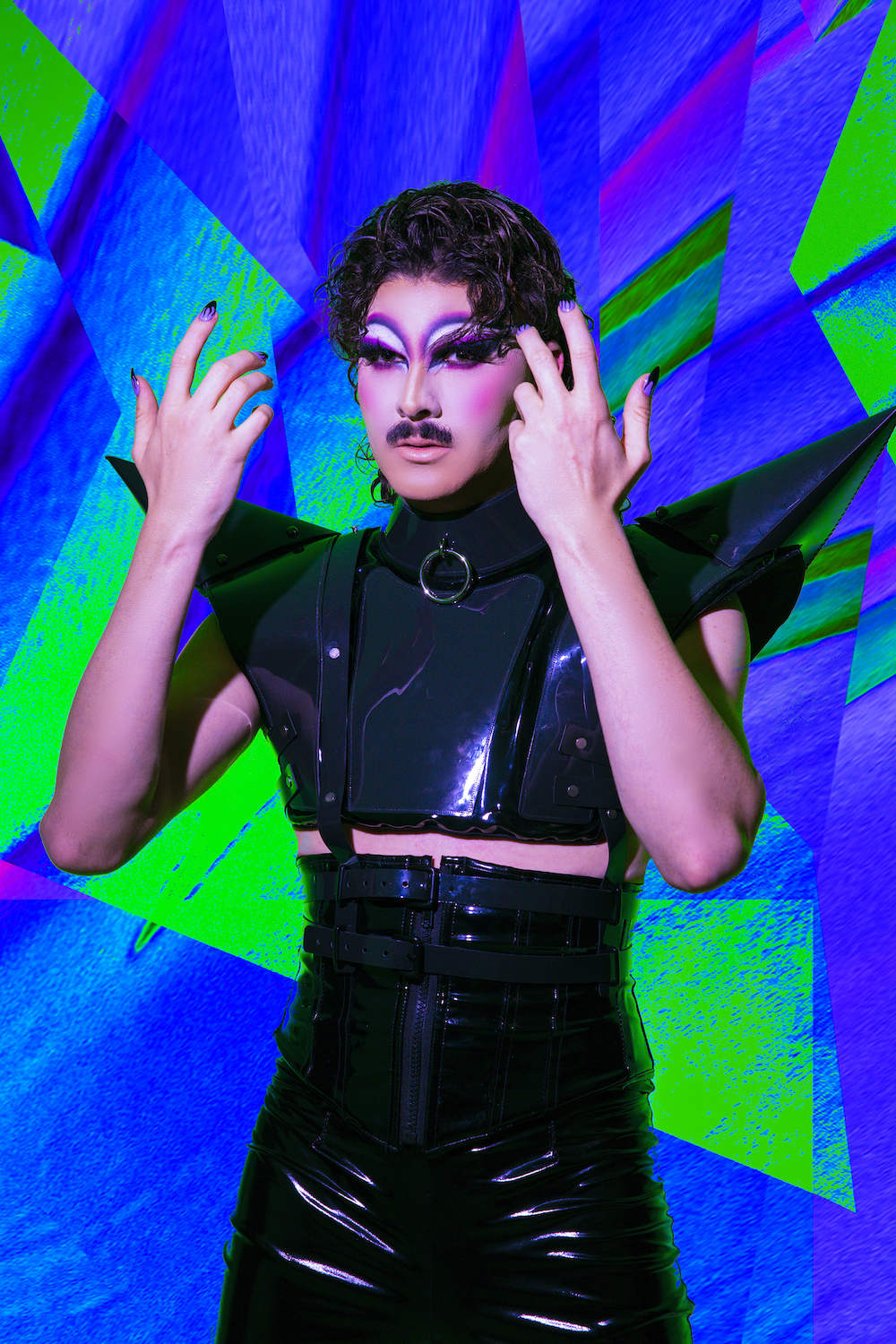 Embrace your queerness with Dirty Versachi’s new single ‘Rainbow Light Beam’. Co-produced by Andrew McEwan (Huntly), mixed by Tim Watt (MUTO, Golden Features) and mastered by Klaus Hill (PNAU, Ministry of Sound) the song explores how boundaries can become blurred and complicated when crossing from friends to lovers. The non-binary artist and drag queen Dirty Versachi is quickly becoming known for their powerful songs exploring relationships, queer identity, and gender. Each of their releases has been accompanied by a colourful and enigmatic film clip, with ‘Rainbow Light Beam’ no exception. Accompanying the song is a powerful music video choreographed and co-directed by Lachlan Purcell, depicting Dirty Versachi’s Avant-alien energy.

I wanted ‘Rainbow Light Beam’ to be feel like a repetitive mantra that encapsulates the desire to be free and to disassociate with everything that is happening around you. I also wanted it to feel queer, spacey and out of this world!

Dirty Versachi was born after Ven X had been producing and writing for 10 years. It was during this time they were told to hide their queer identity if they wanted to “make it”. Bending to the mould of others never felt natural to Ven. Over the years they explored more with who they are and began their own journey of gender identity.

“I started to feel more disassociated from society and more “alien” – perhaps I also channelled a lot of my queer experiences growing up where I never felt like I belonged or fit in.”

This led them to be more experimental with their music and their stage presence, creating the persona that is Dirty Versachi. Since launching in May 2021 with the single ‘Sticky Fingers’, Dirty Versachi has made waves within the Australian music scene. The release of their second single ‘Resting Power’ saw Dirty Versachi reach new heights with a premiere on German blog KALTBLUT, a spin on Triple J’s Goodnights a spot on MTV Upload and being added to a plethora of Spotify playlists including Just Chill, New Music Friday AU & NZ, New Dance Beats, Fresh Finds: Pop, The Local List and more, cultivating over 100,000 plays on Spotify.

By owning their fem, non-binary energy, Dirty Versachi is working to inspire a shift in the music industry to celebrate and support queer artists. They believe in using the power of fantasy and self-expression to create healing and bring people together as a community. Witness it for yourself at the ‘Rainbow Light Beam’ single launch at Miscellania on August 25th. Audiences will be embraced by Dirty Versachi for an enigmatic experience as Dirty performs as their alien drag queen self, embodying superstar energy. The night will also see the unveiling of Dirty Versachi’s spaceship designed and created by industrial designer Remi Freer. Supporting them on the night will be local favourites Huntly and JULAI performing live, as well as DJ sets by Tiny Text and DJ Ruby and drag performances by Mora Money and Loxy.