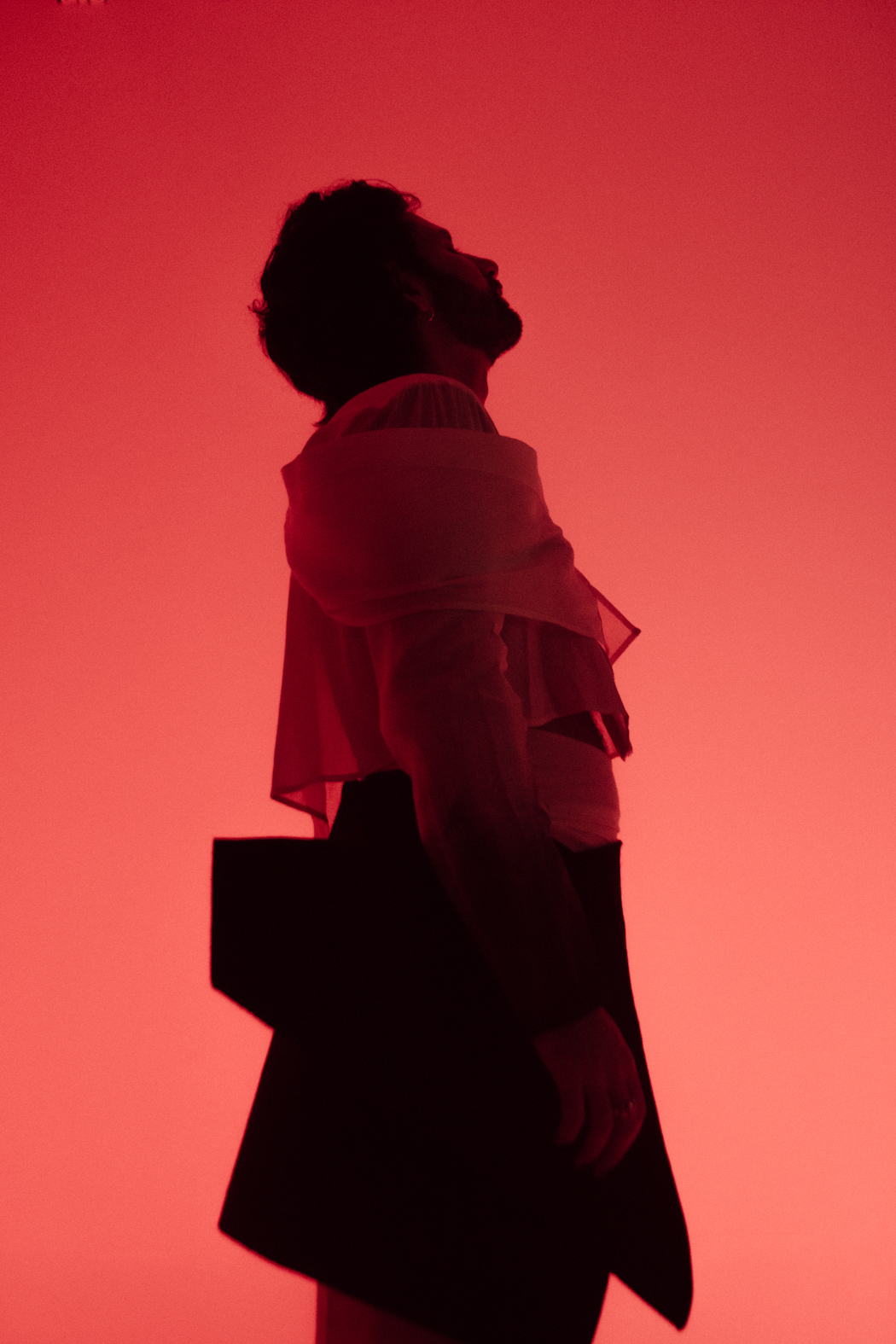 Cypriot producer El Nino Diablo kicks off his eponymous record label elninodiablomusic, with the release of his solo effort, ShadowPlay. Starting off as a dubby deep-diver of the purest ilk, standout single ’Shadow Dancer’ soon mutates into a steadfast industrial churner laced with wonkier downtempo sequences throughout. Merging sonic recordings obtained by experimenting with snow alongside elements of his go-to synth companion, the mighty ARP Odyssey, this ambivalent acid-dipped roller takes us on a dynamic ride, moving from heavy-duty peak time pound to off-kilter ambient digressions in a jiffy. Taking the reins for the official video is Tasmanian born, Berlin-based filmmaker Adam Munnings who features much-loved local artists such as PURRJA, METARAPH, XANAH and many more as they scope out the club in all its liberated glory. ShadowPlay is due to be released January 15th on elninodiablomusic.

El Nino Diablo on the single:
“‘Shadow Dancer’ begun as a studio experiment through field recordings made in the Troodos mountains in Cyprus during a snowfall. Back at the Funkhaus in Berlin, the rhythm section and bass were laid out via a live jam session and the field recordings were sampled and morphed into many of the ambient, textured, percussive and melodic parts of the track. The main breakdown features one of my favourite vintage analogue synths, the ARP Odyssey fed through reverb, delay and echo pedals. The feeling and ambience of ‘Shadow Dancer’ has a mysterious immediacy that reflected my state of being at the time of writing the music. Here, the concept of the ‘shadow’ is presented in a psychological and transpersonal context, and it has played a significant part in my development as an individual and as an artist.

After travelling the world for 5 years, living mostly in nature and engaging in somatic practices, I have been learning how to work with different aspects of the ’shadow’ arising from past repressed experiences, stuck energy and emotions. Many would call this ‘trauma’. This complex and misunderstood process has been deeply profound, finding a way for integration and healing through the creative process of making music, thus the title of the track ’Shadow Dancer’ and the EP it is featured on, ‘ShadowPlay’(released Jan 15th 2021). Having kindred soul, friend and talented film director Adam Munnings onboard for this project opened another dimension to ‘Shadow Dancer’ – taking on my original concept and finding metaphors and inspiration for it within the microcosm of Berlin’s clubs, Adam beautifully translated it into an epic mini-film, that also encapsulates the spirit and vibrancy of our much-missed nightlife and counter-culture. I was so humbled to see how the cast and crew came together to create pure magic on the day of filming on a shoe-string budget. Another integral part of my projects is the powerhouse of an illustrator, Tobias Jacobsen who designs all my cover art, logos, typefaces and posters. I am so grateful for his vision and ability to deliver such strong imagery that compliments my music.”

Adam on the video:
“As we find ourselves navigating the ‘new normal’ through this pandemic, ‘Shadow Dancer’ for me brings a great feeling of nostalgia for a form of connectedness and spontaneity that I, among many I’m sure, miss so dearly. The idea of creating a world around ‘Shadow Dancer’ as an eight-minute electronic track with no vocals gave me the opportunity to approach the project in a different way. After hearing the emotional and mental process Stephanos (Elninodiablo) went through in creating the track/EP along with its dynamic urgency, I was inspired to somehow replicate a journey one may have coming out of the shadows and into the night. We so often have to find our way out of darker times and surrender to new beginnings and I wanted to work with the idea of the two main characters shifting through five different stages; isolation, exploration, surrender, intimacy and euphoria. Ed’s scenes show him moving forward from isolation to euphoria and Pavel’s scenes are all in reverse as he moves backwards, both of them meeting in the middle when they sync in surrender.

There’s a great deal of mystery and poetry in meeting someone for the first time and sharing an intimate moment. As you stand face to face you have no idea of the other’s past struggles, transformations or journey thus far. I’ve found a lot of freedom and inspiration amongst the Berlin nightlife scene so I can only hope that I have done it justice by painting just a small picture of a time we eagerly await the rebirth of. Behind the colours and beautiful cast, there are many metaphors sprinkled amongst the imagery and I think that it’s important for any artist or director to interpret a vision honestly, in turn helping oneself to process and release certain elements of their own lives. This project would not have been possible without the brilliant, talented and obscenely hard-working cast and crew and for their efforts, I’m eternally grateful. Until we can dance again, enjoy. “