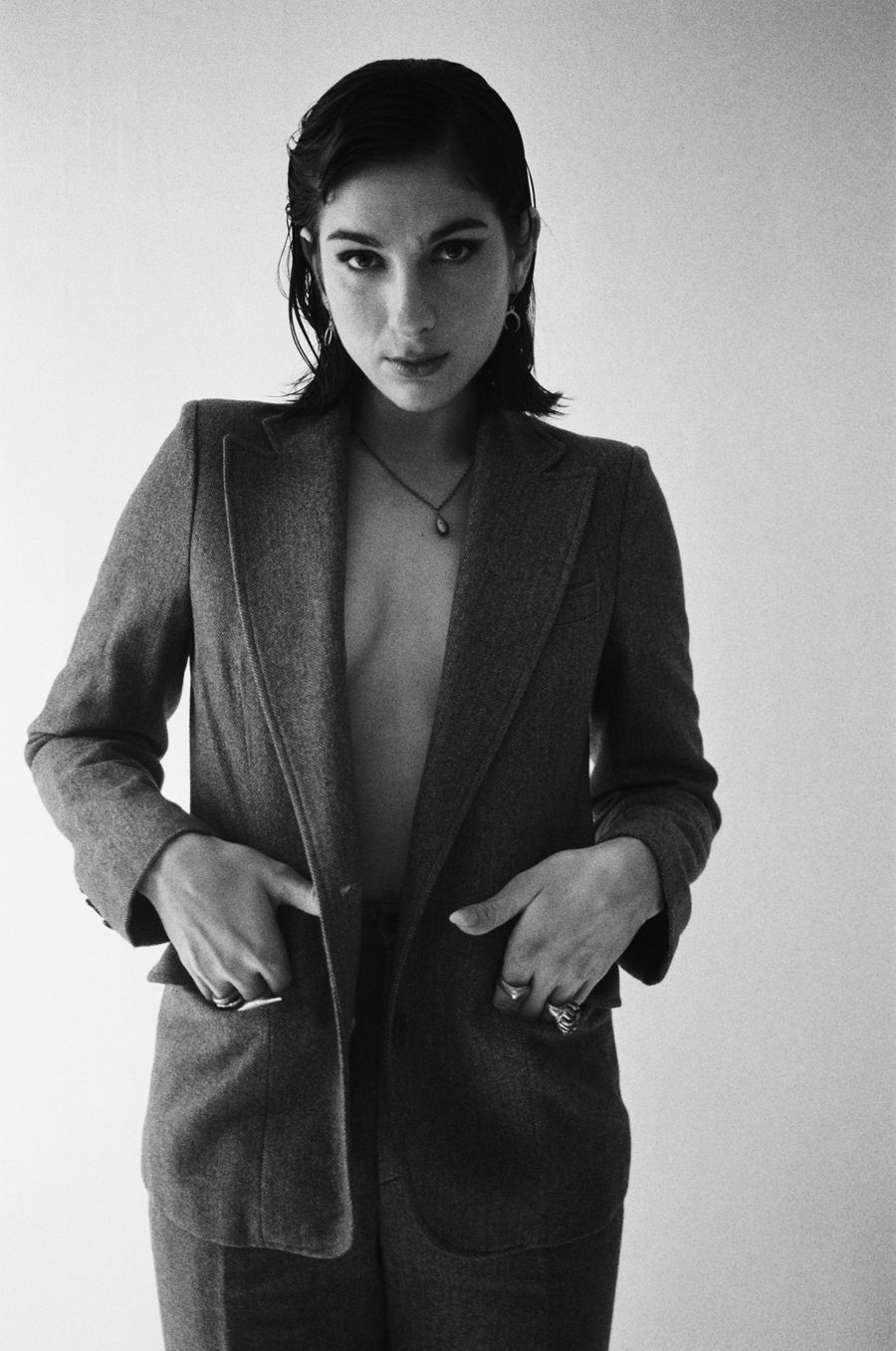 Paris-based French/Australian artist and songwriter Elodie Gervaise has just shared her single “IMYG”. Blending layered electronics with intricate synths, Elodie creates hypnotising soundscapes with powerful vocals derived from a place of pure emotion. The track stylises the lyric “I’m your guy” into a haunting refrain, Elodie notes, “‘IMYG’ is based on a light and intangible connection describing an encounter the day before the first lockdown. The story of two souls having met in a past life and crossing paths again.” “IMYG” was the first release from Elodie’s upcoming new EP, Syzygy, due out fall 2021 via B3SCI Records.

On the project, which was written and recorded in collaboration with producer Maria Korkeila, Elodie says: “Connection is vital. It is what creates a sense of belonging, and according to this project, what matters most in life. Our relationships are what enable us to survive and truly feel seen. That is what is expressed in the Syzygy EP.”

After establishing herself in Australia as a vocalist and guitarist in bands such as Galaxy Girls and Candy Lucid, Elodie moved to Paris to immerse herself in her French roots and draw inspiration from the European scene. In Paris, she formed a self-titled 4-piece band and went on to release her critically acclaimed debut EP, Brut.

“IMYG” is accompanied by a stunning video directed by Lesly Lynch, a Franco-Cameroonian director based in the US. She shares this deep connection with Elodie, both rich in their multicultural roots, they see the world as an infinite space of expression. About the video, Lesly said: “When Elodie shared her story, I really connected to it, as I could feel what she experienced. I truly believe that the world is not only what we see. There are multiple layers that most of us lose connections with”. Listening to the track, Lesly immediately starts to have scenes taking shapes. “I was travelling in my own mind, envisioning scenes after scenes. So to translate this mystic relationship between two souls, I invented a world using my dreams as inspirations and brings surrealist visuals as a metaphor of this emotional journey.”

The cast was made of diverse identities, to portray the multiplicity of emotions. “In the first lecture, we wanted this music video to release energy, to set free the needs of human connection especially in times of isolation. If you go further into the interpretation, the choreography represents a symbiotic organism, where dancers would embody the waves of feelings.”

Watch the video for “IMYG” exclusively below.