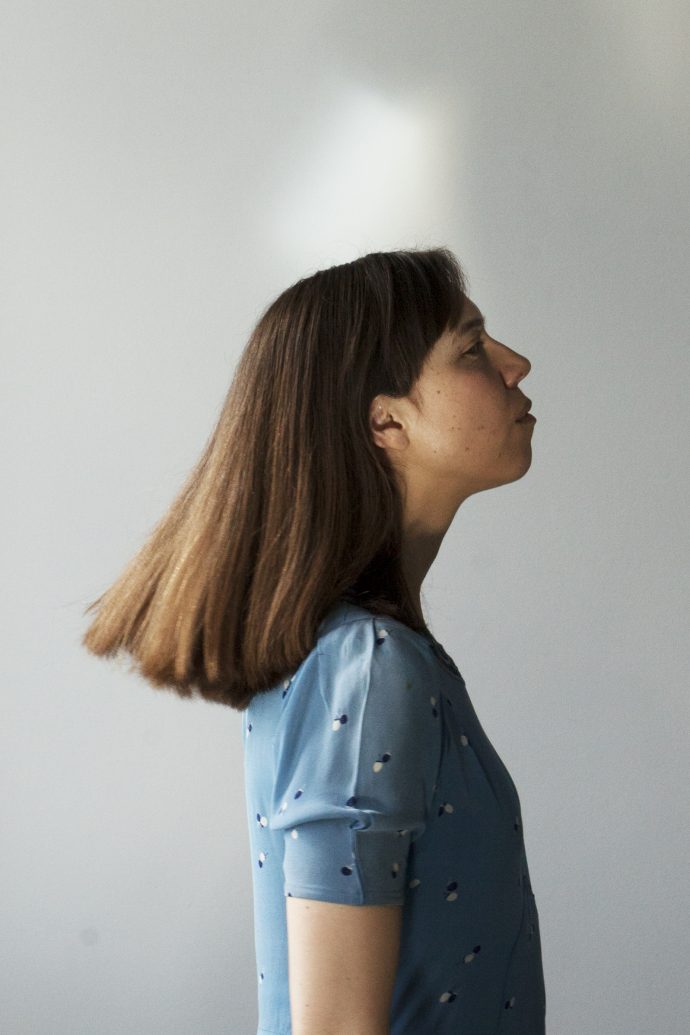 Danish artist Excelsior aka Anja T. Lahrmann presents ‘In Silico‘, the second single from her upcoming debut album. Gated and simplistic 80’s sounds are recontextualised as Excelsior’s curious tonality and topical lyrics about the false comfort of and fleeting dopamine kick from seeking validation on social media: “High on fake intimacy and the golden ratio … Cedars are hissing / but I am busy freezing moments on the phone” sings Anja T.  The catchy melody sits within a soundscape, where individual sounds pop and burst as if through the surface of water in the low-colour palette of night. The less tactile pad and choir parts feel like the movement of leaves, birds in flight, and distant traffic. This juxtaposition of natural and synthetic, authentic and inauthentic, old and new permeates the aesthetic of the entire track – from artwork to video to production to lyrics.

“With ‘In Silico’ I wanted to write something straightforward about the digital self and being human – to express a feeling of being in a permanently divided state of mind and put it into words and music. This thought of permanence can be pretty bewildering, I think, and one might as well try to turn that into something poetic.

In January, I visited a good friend in Budapest. We got up really early in the morning and went to one of the many old thermal baths of the city, where we tried our best not to drop an iPhone in the steamy waters. At first, I wanted to capture the simplicity of this place where people come to swim or immerse themselves in hot pools, but as we began filming I found it both disturbing and interesting how easy it is to cross the line and intrude into somebody’s intimate space with your digital presence.” – Anja T. Lahrmann / Excelsior

Since 2016, Anja T. Lahrmann has been exploring the boundaries of songwriting, technology and the body under the musical moniker Excelsior. In between layers of memory, everyday mantras and future scenarios, Excelsior is trying to grasp the state of generation Z.
After many years on the Danish musical underground scene, Anja T. Lahrmann devoted herself to electronic compositions and computer generated music. During the summer of 2016 her investigations developed into her solo alias Excelsior. With Excelsior, Lahrmann draws on a wide range of inspiration such as choral music, sacral rituals and female pioneer dancers. Excelsior released her debut EP Superimposed in May 2017. In 2019 she signed with The Big Oil Recording Company (Gents, Sekuoia, ticktock) and will release her debut album O Horizon on which she explores how one as modern, human being exists in the tension between a wish/need to be in control, and the desire to let go completely, through a mix of pop songs and fragmented soundscapes.